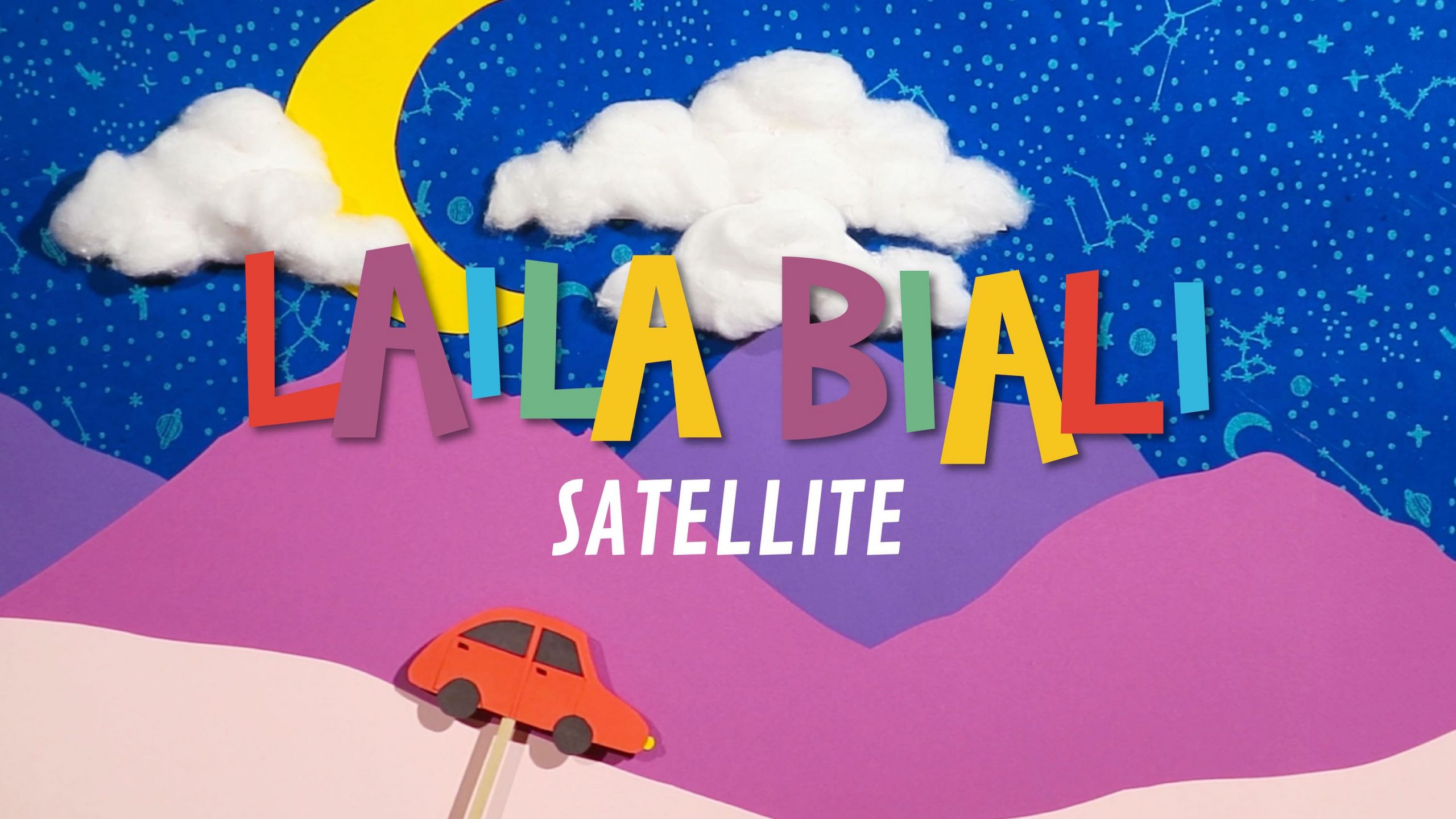 The award-winning artist has received a 2021 JUNO nomination for her latest album, “Out of Dust” a week before the release of her new lyric video for song “Satellite.”

The award-winning vocalist and pianist Laila Biali has been nominated for the 2021 JUNO Awards for her 2020 album release Out of Dust in the Vocal Jazz Album of the Year category. This is the second nomination for Biali, who won in the same category in 2019 for her self-titled release, Laila Biali. On March 17,  Biali is also set to release a stunning lyric video for her popular song “Satellite.” Created in collaboration with Brooklyn-based artist Halla Creative, the video for “Satellite” is Biali’s latest release during a time of tremendous output for the versatile musician.

Regarding her JUNO nod, Biali says: “I’ve always created music with the primary goal to connect with the world and community around me, hopeful it might bring something good to people’s lives. If that happens, I feel I’m on the right path. But it’s also an enormous honour and greatly encouraging to receive industry recognition in the form of a JUNO nomination – this year especially, during these unique times.”

Amid an unforeseen global pandemic, the message of Biali’s song “Satellite” has taken on a new significance. Made in partnership with Biali’s creative team in Brooklyn, “Halla Creative”, the video for “Satellite” portrays a heartfelt message about longing for loved ones at a distance. Following months of intermittent lockdowns in Toronto, the video release offers a unique and whimsical message while providing a glance at a brighter future and the moment when togetherness can soon be embraced again in person.

This time last year, Biali had just wrapped up filming her official music videos for two singles from Out of Dust. The first video, for the funky lead single “Sugar” was captured at a studio in Toronto while the second, “Revival” took Biali and her team into the streets of Tribeca, New York just days before COVID-19 numbers forced both cities into full lockdown.

“I’d been asked to host the Jazz Showcase at the 2020 JUNO Awards and was about to head to the airport to board my flight when CBC Music called to advise that I wouldn’t be traveling. Little did I know how profoundly things were about to change for us all,” Biali recalls.

Within 24 hours her husband and musical partner, Ben Wittman, was sent home from a Canadian tour with the iconic fiddler, Natalie MacMaster. MacMaster’s group was poised to perform a sold-out show in Duncan, British Columbia when an official from BC’s health authority pulled the plug due to new and immediate restrictions on large gatherings. Biali and Wittman shifted gears together as they prepared to release a new album in uncharted territory, with 5 months of international tour dates postponed or cancelled and most media outlets also in lockdown or limbo.

The year’s end warranted a list of accolades for Out of Dust—it was featured on a number of prestigious “Best of 2020” review lists including those from DownBeat Magazine, the jazz critic Dan Bilawsky (All About Jazz, Jazz Times), Ottawa Citizen, JAZZFM.91 and Jazzbeat, to name a few. Meanwhile as the year came to a close, Biali was shifting her focus back to “Satellite”, a song that had come to represent the new and challenging reality of pandemic life.

“When I first wrote Satellite I was a relatively new Mom, still touring and often away from my immediate family. The lyrics came to mind after a summer show I’d played in Niagara on the Lake. I was aching to be back home in Brooklyn with my husband and son, and as I drove my rental car back to where I was staying for the night, I tried to imagine my boys in the car with me, singing along to the radio together. Just the act of imagining them did bring them closer somehow. And during this pandemic, the message of the song has become a reminder of how powerful it is that we can connect to loved ones via satellite when we can’t physically be together, and of how meaningful it is to keep one another close in mind and at heart as we reflect on old times and look ahead to a future where we will be together once more.”

With no promise of travel on the horizon and everyone “at home together,” Biali approached her Brooklyn-based creative team, Stephanie Elise Haller and Nick Collingwood of Halla Creative, to make a special lyric video for “Satellite” fully crafted from within their apartment.

“When I first heard ‘Satellite’ a few years back I had the idea to tell the story with paper cutouts. The vision just came to me as I heard the song,” reflects Haller. “We decided not to pursue a video at the time, but the idea always stuck with me. When Laila approached me again a few months ago, we both felt like it was the perfect quarantine project. My partner Nick and I created this entire video from our Brooklyn apartment, where we hand cut every object and shot the video itself using a combination of live action and stop motion animation.”

Multi award-winning Canadian singer-songwriter, pianist and CBC Music national radio host Laila Biali has headlined festivals and venues spanning five continents from New York City’s Carnegie Hall to Beijing’s National Centre for the Performing Arts, and supported international icon Sting. This year, Laila was honoured by SOCAN Music with the Hagood Hardy Award for Excellence in Songwriting. In 2019, Laila’s eponymous release won her a JUNO (Canada’s GRAMMY) for “Vocal Jazz Album of the Year.” The year prior, she was awarded top prize at the Canadian Songwriting Competition in the Jazz category. Laila was also the youngest-ever double winner at Canada’s National Jazz Awards when she was named “SOCAN Composer of the Year” and “Keyboardist of the Year.” She received her first JUNO nomination for Tracing Light (2011), and a spot on DownBeat Magazine’s “Best Albums of the Year” for Live in Concert (2013). In September of 2017, Laila was brought on as the host for CBC Music’s national radio show, Saturday Night Jazz, a weekly show broadcast to listeners across Canada. While Laila continues to earn high honours in the Jazz world, her signature sound transcends genre as she “masterfully mixes jazz and pop, bringing virtuosity and unpredictability to songs that are concise and catchy” (Washington Post). Laila’s highly anticipated album, Out of Dust – which was named one of Downbeat Magazine’s Best Albums of 2020 – features multiple GRAMMY nominees and winners including Lisa Fischer, Alan Ferber, John Ellis, and Larnell Lewis, released March 27, 2020 and was just nominated for a 2021 JUNO Award.