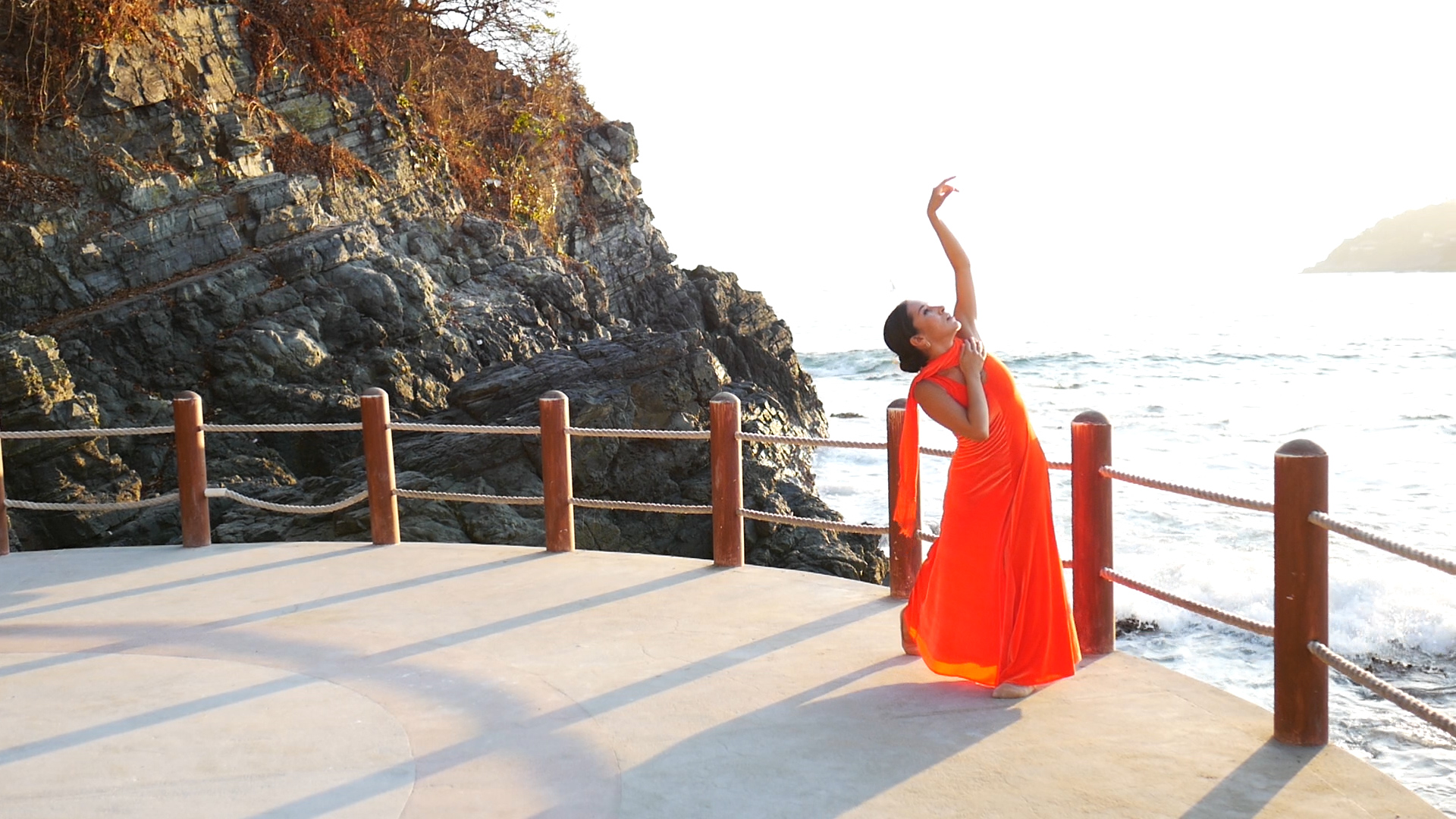 “TO YOUR CONSTANT EMBRACE, THE CLOUD STREAM SWAYS” A New Dance & Music Film That Emphasizes The Oneness of What It Means To Be Human – Streaming March 7, 14

“To Your Constant Embrace, The Cloud Stream Sways” is a new dance and music film from the Michele Brangwen Dance Ensemble that speaks to our current condition of being alone together, and invites us into an inspiring and overlapping world of interaction across 5 cities in 4 different countries. The 13 minute short features choreography, editing and costumes by Michele Brangwen and music composed and arranged by Danielle Reich.

Brangwen writes: “When we began this project in October, it seemed like the coming winter months were going to be very difficult. We had just released a film project that we had created over the spring and summer and I felt like it was really important that we continue to create work together during this time. I wanted to create a new work that would be an invitation to release some of the sadness, an invitation to experience a kind of universal togetherness that exists from our shared humanity, something comforting and welcoming. Vocalist and composer Danielle Reich wrote and arranged an incredibly beautiful song entitled “Come, Come,” with words by the poet Rumi. While abstract, the poem seems to me to be about inclusion and forgiveness, both forgiveness of each other, and forgiveness of ourselves. Raymond Todd, a poet friend of mine, says forgiveness opens the door to love, to unity.”

Brangwen continues: “We realized when we began this project that two dancers would be soon out of the country helping family members in need, so we decided to have them film themselves dancing where they would be. It was so exciting to find that these acts of love on their part would result in these beautiful and contrasting locations being a part of the film. Their footage was so rich and organic, and as a filmmaker it was so exciting to work with it. Our ensemble has members who reside in New York City, Houston, TX and Odense, Denmark. This new project also included footage from Ixtapa Zihuatanejo, Mexico and Cali, Colombia.”

More about the artists:

The Michele Brangwen Dance Ensemble is a contemporary dance company featuring all new choreography, live original music, and the integration of all our musicians into the visual imagery, so that dancers and musicians break the boundaries of traditional ensemble interaction. In 20 years, every performance has included live music and the musicians as integral parts of the visual stage imagery. We believe that the artist’s role in society is to communicate, to challenge, to open a dialogue that can both unite us and inspire meaningful change. We function like a jazz band, and along with sections of choreographed movements and written music, we use improvisation that comes out of the form, concept, and emotional life of the work. The Michele Brangwen Dance Ensemble is based in New York City & Houston.

Danielle Reich is a Houston-based vocalist and composer with a career of crossing genres. After earning a degree in music at the University of Florida, Danielle Reich moved to Houston and began singing with the Houston Grand Opera chorus, and also started exploring the city’s vibrant jazz scene and studying jazz. After a few years she made the switch to jazz vocalist. Ms. Reich has performed at Trinity Jazz Festival, Manouche NW, and the Austin Jazz Festival. She currently performs with her own trio as well as the Boomtown Brass Band (New Orleans trad jazz), Swing Rendezvous (Gypsy Jazz), Relative Dissonance (improvising ensemble) and the Tim Hagans Quartet. Danielle Reich has released two albums, “While They Were Dancing” and “This Year’s Kisses,” and was also the vocalist for pianist/composer Peggy Stern’s album “Shine On.” She has performed with the Michele Brangwen Dance Ensemble in venues in New York City, Houston & Stoney Brook, NY.