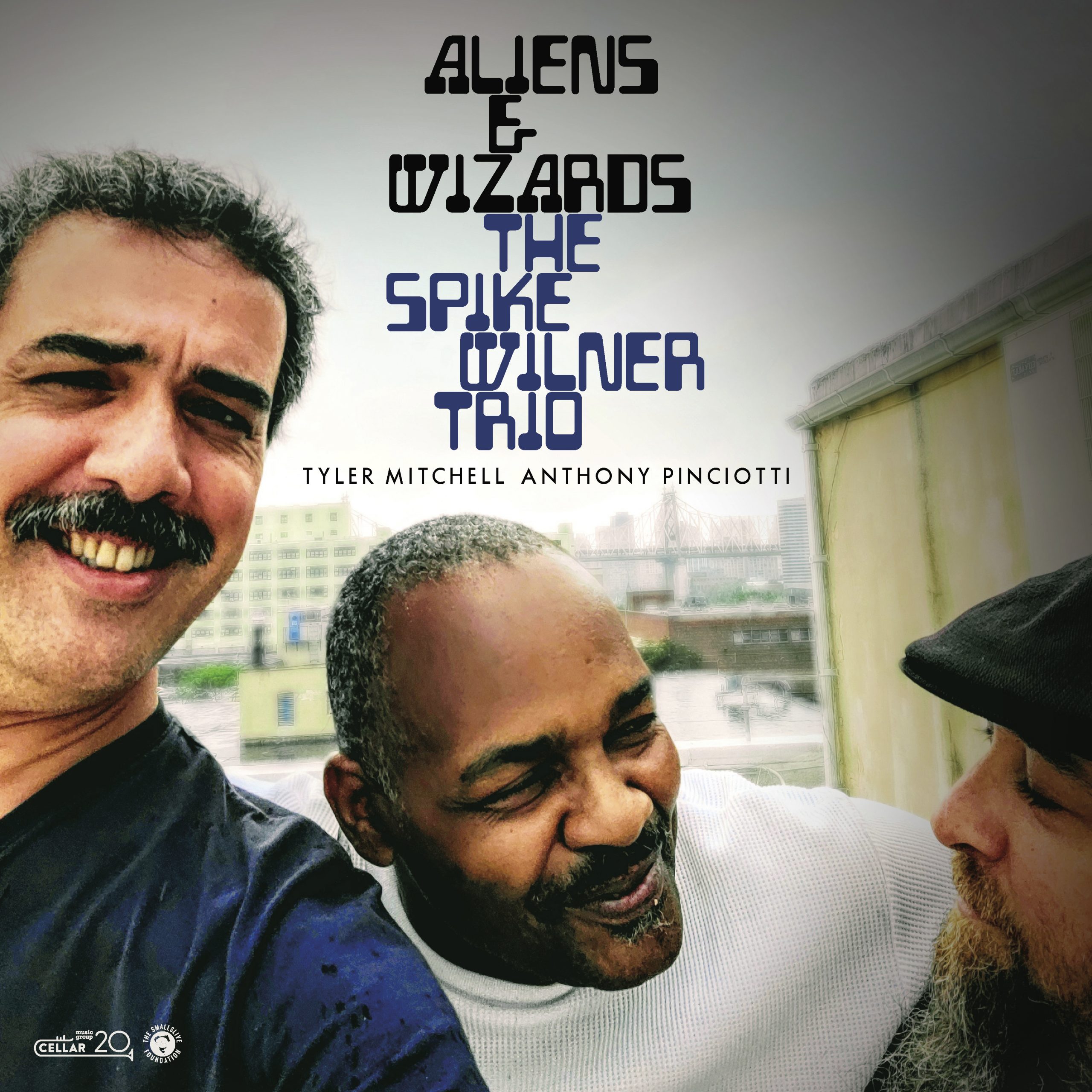 Made possible by a grant from the SmallsLIVE Foundation

Cellar Music Group, in association with the SmallsLIVE Foundation, is thrilled to announce the release of Aliens & Wizards, the new album by the Spike Wilner Trio. Recorded at the height of the pandemic,  Aliens & Wizards features newly composed music by jazz veteran and impresario Spike Wilner, with the addition of several thoughtful renditions of jazz standards.  This spirited release is the follow-up to the trio’s 2017 Cellar Music Group recording Odalisque.

This electrifying release marks the beginning of a fruitful collaboration between Cellar Music Group and The SmallsLIVE Foundation. The foundation will carry out its mission to support artists by funding album releases through the Cellar Music Group. As Cory Weeds, the label’s founder, notes “2020 has been a year to forget, yet in the most difficult of times, Spike continues to inspire with his unwavering dedication to the presentation of this music through his clubs, Smalls Jazz Club and Mezzrow, and through recordings, streaming and other important initiatives that serve this music. It’s fitting that the first release – in what we hope will be one of many – is a date led by Spike himself.” The SmallsLIVE Foundation is dedicated to the creation and propagation of jazz music in New York City through recording, live streaming, archiving, educational initiatives and live performances.

In March 2020, tragedy struck and Smalls and Mezzrow were closed to the public. Wilner took the opportunity to stay in Pennsylvania for several months with family and, like many musicians during this time, focused on practicing and composition. Informed by great change and isolation,  Aliens & Wizards was born.

Aliens & Wizards begins with the bright-tempoed “Righty – O!”, Wilner’s piano-centric rendition of a piece by the late drummer and friend of Wilner, Johnny Ellis. Right out of the gate, Wilner demonstrates his seamless integration of ragtime, bop and contemporary stylings.  Also on full display is the interplay of a trio with an unmistakably rich history of collaboration. While these three players have worked together in various incarnations since they were quite young, this iteration of the Spike Wilner Trio was first assembled in 2012/2013 and has been a working band ever since, touring Europe and performing regularly throughout New York City.

“Non Troppo” and “Adagio” are both Wilner pieces inspired by the artist’s study of Bach and Beethoven. “Non Troppo” specifically is inspired by the movement of a Beethoven sonata, and the title refers to the musical tempo marking “allegro ma non troppo” meaning “at a brisk tempo, but not too much!”. Fittingly on this third-stream inspired piece, Wilner’s melodic refrains flow from his fingers with ease and a beautiful simplicity, each statement answering the last. Similarly, “Adagio” refers to a slow tempo marking. The intro is bowed beautifully by Tyler Mitchell, setting the tone for a moody and wistful piece with a supple melody wrife with harmonic intrigue. “Adagio” is a heartfelt tribute to Wilner’s wife and daughter.

Lush interpretations of standards mark the center of this album, with Wilner’s take on “Blue Gardenia” and “Stella by Starlight”. “Blue Gardenia”, written by Lester Lee and Bob Russell and later popularized by Dinah Washington, features a deeply soulful improvisation by Wilner, showcasing the band’s dynamic sensibilities. “Stella by Starlight” features fiery improvisations from both Wilner and bassist Tyler Mitchell. The album’s title track “Aliens & Wizards” is a free improvisation, demonstrating the enormous range and cohesion of the ensemble.

Wilner notes “We are grateful to partner with Cory Weeds and The Cellar Music Group on presenting artist projects commissioned by the SmallsLIVE Foundation”. Until we can once again venture to Greenwich village, descend the narrow stairway of smalls’ heralded hall and sit elbow to elbow with fellow jazz lovers, taking communion from the luminaries of our times, Wilner is dedicated to bringing the music to the people in a multitude of mediums, supporting the artist community that he has gone far to cultivate over his illustrious career.