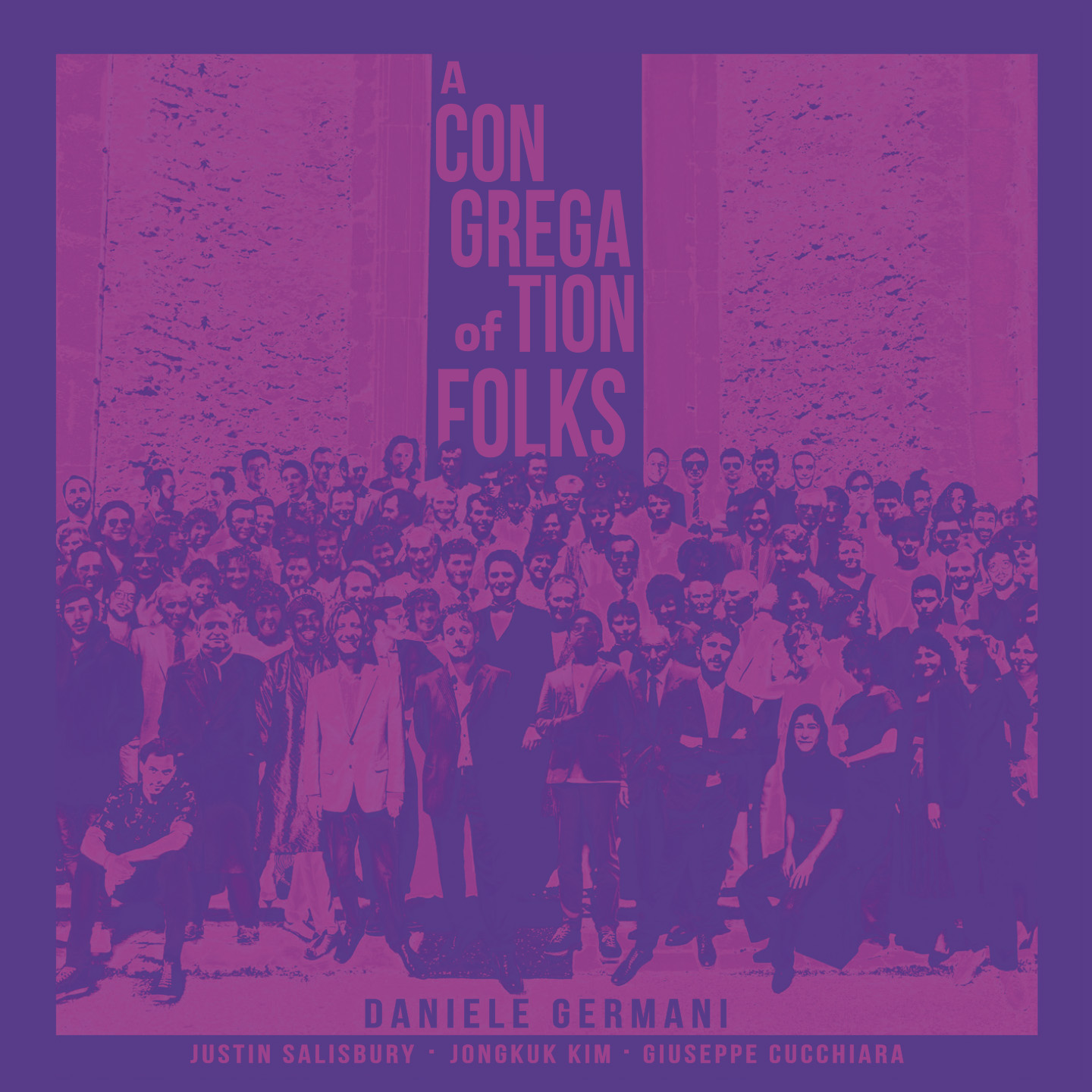 Saxophonist and Composer Daniele Germani Will Release Debut Album A Congregation of Folks
on March 26, 2021 via Gleam Records

“Daniele Germani’s first recorded document of his music as a leader is full of soulful, personal expression.  I was captured by Daniele’s sweet sound and his quartets wonderful collective spirit and creative dialog throughout.” – GRAMMY-winning saxophonist Joe Lovano

GleAM Records is proud to announce the release of A Congregation of Folks, the striking debut from auspicious newcomer Daniele Germani. Congregation of Folks introduces a riveting and spirited voice on the alto saxophone, and an intriguing, unique composer. Ten modern jazz compositions, all penned by Germani, beautifully come to life with the help of his tight-knit quartet consisting of pianist Justin Salisbury, bassist Giuseppe Cucchiara and drummer Jongkuk Kim. A Congregation of Folks will be available on CD and digital download/stream on March 26, 2021.

Originally from the Frosinone region of Italy but based in Brooklyn, NY, Daniele Germani is a fast-rising star on the contemporary New York jazz scene. A graduate of the Conservatory of Frosinone, Germani moved to Boston in 2013 when he was offered a scholarship to attend Berklee College of Music. While there, he was admitted to Danilo Perez’s prestigious Berklee Global Jazz Institute, where he studied under the tutelage of Terri Lyne Carrington, Joe Lovano, and his mentor, George Garzone.

His revelatory experiences in the classroom were rivaled only by those on the bandstand, most frequently that of Wally’s Jazz Cafe, the legendary jazz club where Germani cut his teeth. Known as the “training ground” for local and rising musicians, performing at Wally’s became a regular occurrence for Germani; eventually he was performing there 2-3 times weekly as a sideman and with his own groups. A shifting “congregation of folks” from all parts of the world would join Germani night after night at the storied venue. Wally’s played a vital role in Germani’s musical and personal development, and much of the club’s vibrant and inspiring spirit is captured on this recorded debut. “Wally’s was the place where we dreamt with our eyes open,” Germani describes.

Early on during his time in Boston, Germani linked up with fellow Italian bassist Giuseppe Cucchiara, South Korean drummer Jongkuk Kim and Oregon-born pianist Justin Salisbury. They immediately clicked, and went on to form a tight knit group that developed into a meaningful friendship and musical partnership. They performed frequently in Boston – at Wally’s and in assorted ensembles at Berklee – and they remained a unit through their graduation and subsequent move to New York City in 2017. Since then, they have continued to perform together, as well as build successful independent careers on their own, each ascending to “first call” status among their talented peers.

Germani took on a personal challenge in 2019 at the behest of his good friend and frequent collaborator Leo Genovese. “Leo is a brilliant composer and each of his songs are more beautiful than the last,” says Germani. Inspired by Genovese’s trove of jaw-dropping compositions, Germani challenged himself to write one song a day. “My goal was to be present in the moment when writing songs… I followed the flow of the moment, and my approach to writing changed depending on what happened that day. I wanted to be surprised by my own creations.” To date, Germani has written over 450 songs. Two of them appear on Leave It Blank For Now; Germani’s 2020 Chant Records release with Genovese, his Wally’s bandmate Boni, stalwart bassist Francesco Marcocci and once again, Kim – ten others are featured on this stunning debut.

On A Congregation of Folks, Germani takes listeners on an expansive emotional journey that ranges from joyous and raucous to pensive and inquiring. Highlights include the high energy opener “They Move In On The Action” which gives way to the lyrical “One Moment to Moment”, a lovely showcase for Salisbury. Another standout is the meditative title track which opens with a gorgeous saxophone solo intro “meant to call beloved folks together”. This track was inspired by the album’s front cover: his parents’ wedding picture with Germani and his band digitally superimposed in the shot, bringing everyone together. “No Clouds in the Air” is a contemplative exploration that kicks off with a heavy drone, haunted and prescient, while Germani and his band duel in tones, creating a rich tapestry of sound. “You Won’t Find A Better Listener” is joyous and musical conversation between Germani and Salisbury, likened to “the best late- night conversation, full effervescence and depth.”

Daniele Germani is thrilled to unleash A Congregation of Folks into the world, and hopes that his music can help bring people together during an ever-perilous time. With the release of his debut, Germani welcomes you into his congregation of folks.