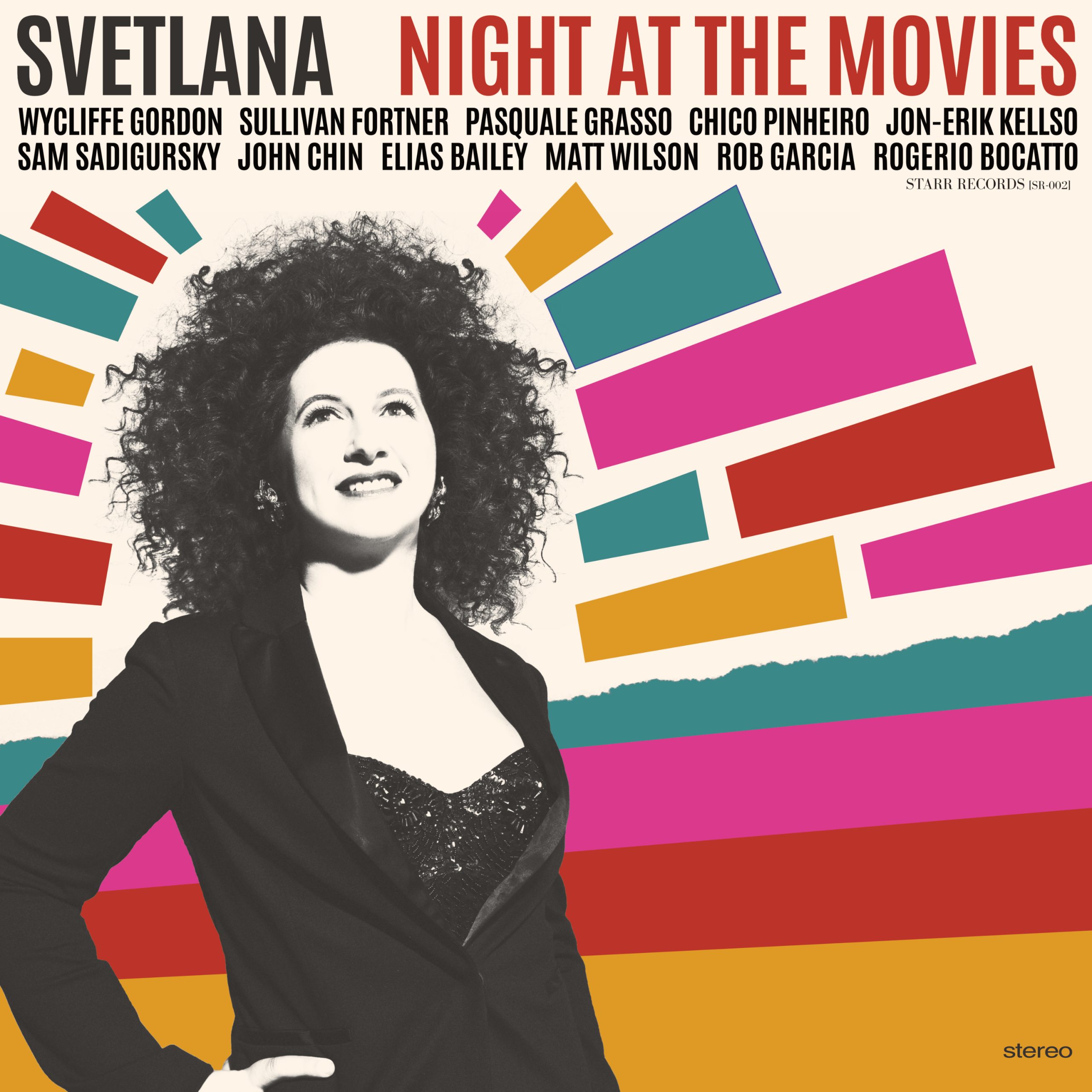 Touring Amidst The Pandemic
Svetlana and The New York Collective Receives Jazz Road Touring Grant;
Will Tour New Project Night at the Movies This Year
and Introducing Night At The Movies – on Vinyl

Svetlana and her award-winning band The New York Collective, are among several artists to receive a competitive Jazz Road touring grant.  While most artists are seeing their tours postponed or cancelled, Svetlana will be the first from the 2021 Jazz Road cohort to tour her project starting as early as February 2021.

Utilizing this grant, Svetlana and The New York Collective will embark on a tour in February and September of this year, overcoming the many challenges that have arisen during the COVID-19 era.  All performances will follow safety protocols, and will be socially distanced.

Svetlana shares her first-person account of the past ten months: “So much has been taken away from artists during this horrible time. Throughout it all, we have had to create new experiences and unique opportunities for ourselves. I think this pandemic has strengthened the artistic community’s ingenuity and perseverance.” She looks forward to bringing live music to audiences during a time when it is sorely missed.

Vocalist, arranger, and bandleader Svetlana, who has been described as an “Pure echelon of joy” (Pop Matters) and “exceptional vocalist and songwriter” (Will Friedwald, Wall Street Journal) is excited to hit the road alongside pianist and composer Willerm Delisort, drummers Henry Conerway III (September 2021) and Curtis Nowosad (February 2021), and bassist Adi Meyerson. On this tour Svetlana is equally thrilled to introduce Night At The Movies on Vinyl  – Svetlana’s new LP based on her chart-topping record, available exclusively through her website and at her live performances.

On the road, Svetlana will present the music from Night at the Movies her chart-topping recent album which debuted at #1 on the US Billboard Traditional Jazz Album Charts, “re-imagining the material completely” (SyncopatedTimes). Recently ranked as one of the ”Best of 2020” by All About Jazz.com, Night At The Movies is a deeply personal project inspired by the singer’s experience growing up in Soviet Russia where American films provided a rapturous escape. This collection of film music spans a century of cinema and includes renditions of songs featured in films such as Top Hat (1934), Pinocchio (1940), The Umbrellas of Cherbourg, (1964), Willie Wonka and His Chocolate Factory (1971), Tootsie (1982), Sabrina (1995), Princess & The Frog (2009), and Coco (2018), among others – each song encompassing themes of escaping unwanted circumstance through imagination and optimism, uplifting listeners through hardships. The concert will also include Russian repertoire (“My favorite on the album,” W.Friedwald) and Svetlana’s originals conveying similar hopefulness (“best of the night…. bitter-sweetly swaying, guardedly optimistic ballad allowing for a flicker of hope in the face of omnipresent bad news” NYMusicDaily).

The program both celebrates the jazz tradition and furthers the artform, creating an exciting audience experience. Press praises Svetlana’s take on jazz and movie music: “A grand Janus, looking forward and backward” (AllAboutJazz) “a show to get lost in” (LucidCulture).  The relatable theme of Night at the Movies and the present hardships invoked by the pandemic have not been lost on listeners. “Svetlana beautifully addresses the hope in uncertainty and the love in the face of privation” (AllAboutJazz) – making the music particularly fitting and healing during tour through the pandemic-impacted country.

Svetlana reflects, “the pandemic has renewed our energy around making music and uplifting others through art: the opportunity to make music is so scarce and the joy is so vivid, we feel that we will never take connecting with others through music and art for granted.”