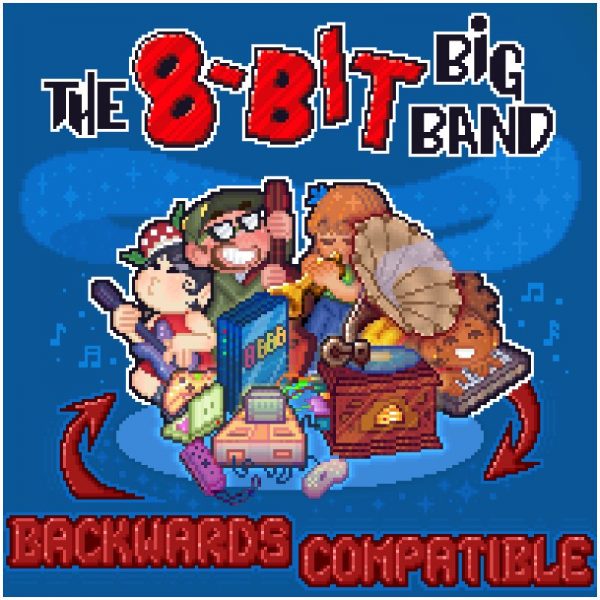 The 8-Bit Big Band are one of the most improbably successful brands in music. They own the franchise on lavishly orchestrated, jazz-oriented arrangements of video game themes. They have more of a following in the video game world than in jazz circles, maybe because much of what they play is closer to action film scores than, say, Miles Davis. But it sure is a lot of fun. Their frequently hilarious latest album Backwards Compatible is streaming at Bandcamp.

Between the horns, and reeds, and string orchestra, and singers, there are so many people among the group’s rotating cast of characters that they would take up more space than there is on this page. After a bit of a lush intro, they launch into the album with the main theme from Chrono Trigger, pianist Steven Feifke scrambling over a fusiony backdrop that descends to a dreamy string interlude. Take out those piano breaks and this could be an early 80s Earth Wind and Fire number.