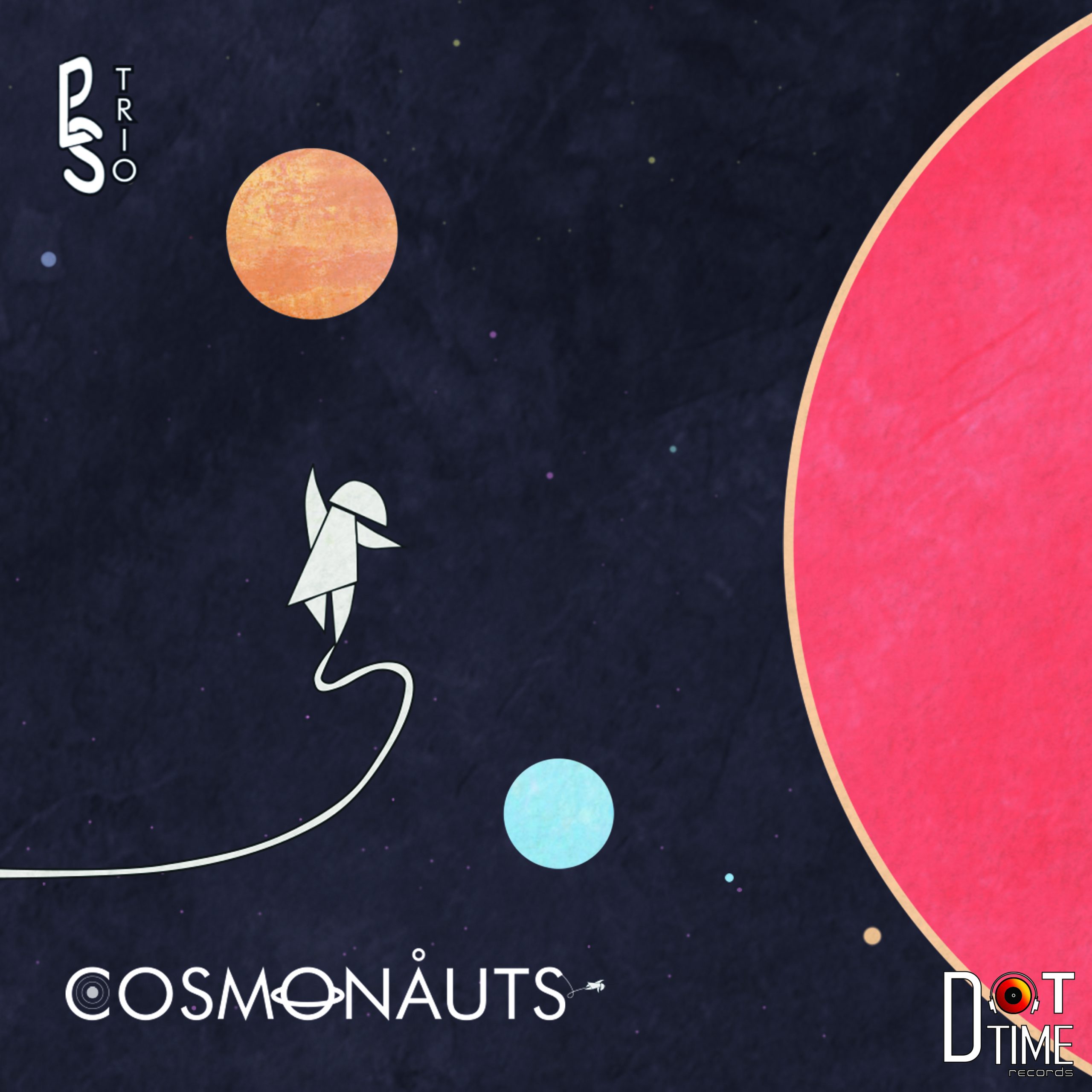 Celebrated PLS.trio Announces the Release of Their Sophomore Album, Cosmonauts, Out 1/15

Dot Time Records is pleased to announce the release of Cosmonauts, the exciting follow-up to PLS.trio’s 2015 debut album East River, which was lauded by All About Jazz as “the best in this category in many years”, and was nominated for “Best New Album” at the 2015 NPR Jazz Awards.  The January 15, 2021 release will feature brand new evocative material from a trio renowned for its exploratory and spirited nature.  Pianist, bandleader (and the band’s namesake) Pier Luigi Salami partners with drummer Shawn Crowder and bassist Martin Fowler as the three embark on an electronic-fueled exploration of sonacy.

The tracks of Cosmonauts are adorned with bombastic, epic space-battle beats from drummer Shawn Crowder (Emel Mathlouthi, Sungazer), ferocious improvisational motifs of bandleader Pier Luigi Salami (Emel Mathlouthi, Chris Brown, Amy Vachal), and a breadth and depth of timbres explored by bassist / synth bassist Martin Fowler.  However, while all these components lend gravity to the vast compositional expanses throughout the record, the standout, trademark fixture of all PLS.trio pieces lies in their uncompromising sense of melody.  While so many of today’s improvisational instrumental artists hide behind their complex rhythmic and tonal chops, PLS.trio revels in the power of sweeping, memorable melodies — though they certainly maintain the chops to support these melodies and improvisations.

The music of PLS.trio has always existed somewhere in between Northern European jazz and American contemporary jazz, bringing forth a highly energetic and deeply melodious mixture of modern jazz and electronic elements. And while Cosmonauts builds on this revery of melody, the trio have left behind a sense of safety present on their previous full length, East River, in favor of a richer, almost decadent embrace of heavy electronic influence and adventurous exploration. Indeed, the imagery of Cosmonauts contains a confident heft and depth within each story arc, from the raw, quiet confidence of “Strong Lion,” to the deep, cold sense of outer space in the title track, “Cosmonauts.” While the cool, calm motifs present in East River were written with a larger audience in mind, this new and brazen musical excursion ultimately represents an unabashed exploration of PLS.trio themselves.”

The album begins with the primordial beat of “Conquering” leading to Pier sustaining the changes of the second track “#stronglion” which sets the tone for an emotive album wrought with soulful interplay.  Pier begins “Look Ahead” with melodic refrains that pull from the third stream and the blues traditions for a decidedly modern sound.  The track demonstrates Pier’s wonderful improvisational sense and tasteful phrasing.  The title track “Cosmonauts” showcases a wonderful synergy between these three esteemed instrumentalists.  The track begins with a neo-soul tinged piano trio sound and evolves through various layers and periods of electronic exploration without losing one iota of melodic intrigue or harmonic excitement.

“B.E.C” begins with a driving piano ostinato and features drummer Shawn Crowder who seamlessly steers the trio through feel and timbre changes.  Things take a turn for the ambient on “Just Before”, setting the stage for “The Heppicola Aftermath”.  Bassist Martin Fowler is featured, taking a solo over the changes of this wistful track.  “What For” begins with Fowler on the synth bass while Pier loops a soulful sample, the track showcases the tremendous fullness achieved by the trio’s acuity in synthesis.  “F0” showcases another long sweeping melody over a driving ostinato.  The track melds across varying feels over time, featuring another stunning bass improvisation from Fowler.  The dynamic precision of the trio is palpable on this track.  The album concludes with the solo cover on the album, the trio’s gorgeous improvisatory rendition of Puccini’s “Nessun Dorma”.

With influences spanning from minimal and ambient music to hard-pumping dance music and bombastic rock styles, PLS.trio creates a blend which, while defying easy categorization, is compelling, distinctive, and oddly familiar.  With Cosmonauts, these electronic-driven modern jazz explorers continue this tradition with a first-rate mix of precision, refinement, playfulness and invention.