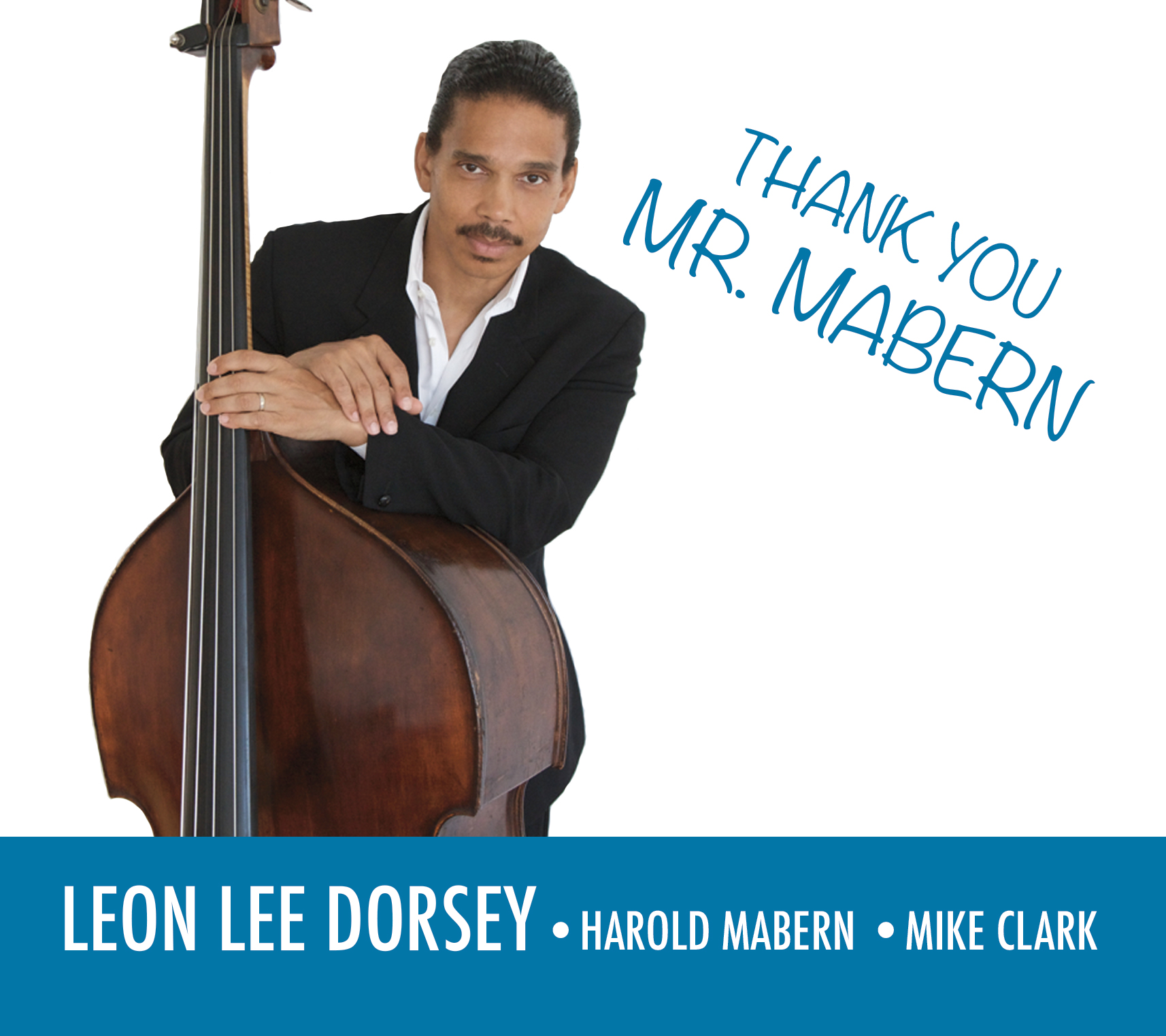 Leon Lee Dorsey is pleased to announce the January 20th release of Thank You, Mr. Mabern! Recorded in July 2019, two months prior to the passing of jazz luminary Harold Mabern, the album is the swan song for the great pianist and composer, his final recording. This posthumous release is not only Dorsey’s personal farewell to Mabern, it also echoes the sentiments of jazz fans everywhere in appreciation for Mabern’s prolific 60 years. Mabern appears here in top-form and is joined by Dorsey on bass as well as former Headhunters drummer, Mike Clark.

The late Memphis-born, hard bop pianist Harold Mabern was a revered elder figure on the scene when he died on September 17, 2019 at the age of 83. His authentic soul-infused jazz and deep blues swing inherent in his Memphis roots, coupled with a profound command of the Great American Songbook, amassed the admiration of generations of musicians, including bassist-producer Leon Lee Dorsey. “I had been working with Harold in George Coleman’s octet and we did some quartet gigs together,” said Dorsey. “But, I just had not really done a recording with him. And we were kind of kicking it around last year about doing just that.”

Dorsey, whose fluid and ubiquitous bass has energized jazz masters Lionel Hampton and Art Blakey with his Jazz Messengers, as well as Grammy winning jazz vocalist Cassandra Wilson, brought this album to fruition in his Upper West Side Manhattan home studio. The bassist had already produced a string of trio recordings with Mike Clark, a veteran drummer who provides a strong, rhythmic foundation on this recording. Dorsey notes, “Mike has his own legendary status being from the Bay Area and playing with Herbie Hancock, but he also played with a lot of great blues and R&B artists in his career. He and Harold had a lot in common and they kind of fell in love with each other at the session. Harold came in playing like a 21 year old. He was on fire — Mike fueled it.

Mabern conjures shades of McCoy Tyner with his sophisticated, strapped approach on Frank Foster’s classic jazz waltz, “Simone.” His syncopated, canorous phrasing and Clark’s tasteful, broken swing give the track a fresh, spirited feel. Dorsey demonstrates his improvisational acuity with a lyrical solo, supported beautifully by Mabern’s sensitive comping. The group shifts gears with “Bye Bye Blackbird” which features Dorsey on the melody and Clark on brushes. The trio returns to its mid-60’s soul-jazz underpinnings with a particularly soulful take on Herbie Hancock’s “Watermelon Man.” Clark’s slyly, articulated approach here shifts back and forth between Clyde Stubblefield and Billy Higgins.

The album concludes with an entrancing 6/8 take on Gershwin’s “Summertime”, which includes an exploratory bass solo by Dorsey and culminates in dramatic storytelling on the kit by Clark. On a rollicking version of Fats Domino’s “I’m Walkin’,” Clark greases his backbeat in bacon fat while Mabern digs into his Memphis roots for a bluesy-churchy interpretation.

On a frisky, polyrhythmic rendition of “Softly As In a Morning Sunrise,” Mabern conjures up connections to his two biggest influences, Ahmad Jamal and Phineas Newborn. And on “Misty,” another bass feature for Dorsey, the pianist uncannily channels the signature style of the tune’s composer, Erroll Garner, with his steady left hand comping and delicately-placed right hand octaves. (Catch Mabern deftly quoting from “I Want to Talk About You” in his gorgeous solo.)

The album closes on a scintillating note with a rendition of John Coltrane’s “Moment’s Notice,” paced by Clark’s irrepressible swing factor, Dorsey’s indefatigable walking bass lines, and Mabern’s signature burn. “Harold was so cordial,” said bassist-entrepreneur Dorsey. “I had everything mapped out on the production side with my list of tunes and notes on each one. But I really wanted Harold to come in, have a good time, and not have to think about anything. No reading, no nothing. We just hit — it was a tremendous experience. I feel like I got the best from both of these legends in this session.”

“Thank You, Mr. Mabern!” documents the ingenuity, openness, and soulfulness trademark to Harold Mabern’s sound. The album captures a celebration of Mabern’s influences and legacy and stands as an inimitable union of these three consummate players. The rare magic evoked is chronicled in all of its vibrancy on this album’s nine tracks.