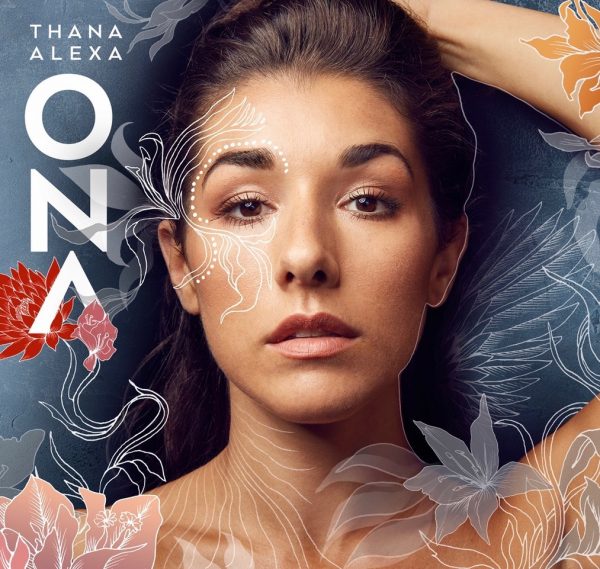 “It is an immense honor and privilege to be nominated in the category of Best Jazz Vocal Album alongside some of the biggest names in the genre. As an independent artist without a label, manager, major distributor, and until recently any representation, it has been a long, and often difficult, road to get to this point. Notwithstanding the struggle I persisted, because I deeply believe in the stories this music represents, which gives a voice to the soul of women everywhere, beginning with the Croatian women in my family. I am overwhelmed to have received this recognition! I never thought this could be possible, and yet I’ve dreamt of this day my entire life,” said Thana in a statement.

Translated to “SHE” from her family’s native Croatian, ONA (March 2020) was inspired by the cross generational and cross-cultural stories of the immigrant women in Alexa’s  family and evolved into an exploration of the experiences of contemporary women everywhere. Its premise crystallized in 2017 from her attendance at the Women’s March on Washington, D.C. after which she was inspired to learn more about the stories of the women in her own family and the influences that their life experiences have had on her own existence, growth and sense of freedom. ONA is a musical story of self-discovery, resistance, protest and a demand for change. It represents the powerful and unapologetically free, feminine spirit that lives within every one of us. In an effort to further support women and their empowerment, Alexa is collaborating with SOLIDARNA, a Croatian foundation which advocates for Human Rights and Solidarity. $1 from the sale of every physical ONA CD is donated to Solidarna’s programs that directly support women, including their #SaveMe (#SpasiMe) initiative, which provides resources to victims of domestic violence. ONA received international acclaim upon release; she and her husband and co-producer, Antonio Sanchez, graced the cover of Downbeat Magazine in May, and they were featured by NPR’s Jazz Night in America. ONA was also recently selected as Jazz FM’s Jazz Album of the Week. Along with her Downbeat cover story, Alexa has been in the Downbeat Magazine Rising Star Female Vocalist Poll for five consecutive years (2016-2020). Most recently, in recognition of the uniqueness of ONA, Alexa received the first music production grant ever awarded in New York City by the Cafe Royal Cultural Foundation.

Regina Carter, violinist, recipient of the MacArthur “Genius” Award and Doris Duke Award said, “I was thrilled when Thana Alexa asked me to play on one of her compositions, “Pachamama.” The piece, as well as the whole album is stunning. Even more admirable was her perseverance in the face of obstacle after obstacle when making this project.”

An awe-inspiring vocalist, composer, arranger and producer – for whom the voice is both a lyrical and experimental instrument – her music pushes the boundaries of the genre into new and unexplored territory with deep seeded roots in jazz and overtones of contemporary soul and world music.

ONA has spawned more female-focused projects: Alexa, together with GRAMMY® nominated artist, Nicole Zuraitis and bassist, Julia Adamy formed SONICA, a trio that fuses loops and electronics, vocal harmonies, electric bass, keyboards and percussion into their unique original music and arrangements. Alexa also created the project Founding Mothers of Jazz in conjunction with MusicTalks Concerts to celebrate and honor the powerhouse women who helped build the jazz genre from the ground up, many of whom are not historically recognized for their contributions because of their gender.

Alexa has consistently collaborated with her husband, five-time Grammy® winner Antonio Sanchez (composer for the Oscar-winning Birdman film and drummer with Pat Metheny for 20 years). Together with his band Migration they have recorded three critically acclaimed albums including the most recent CAM Jazz recording Lines in the Sand, a protest record about the immigrant experience.

This year , Alexa made headlines as a co-founder of what Rolling Stone called the first-ever “virtual jazz festival” and fundraising initiative, Live From Our Living Rooms. Over the course of their three series, Alexa, together with co-founders Owen Broder and Sirintip, were able to contract over 120 artists, raised over $140,000, and helped facilitate grants to over 80 US based musicians in need.  Live From Our Living Rooms received attention from Rolling Stone, Forbes, The Wall Street Journal, the Financial Times, the BBC, and more.