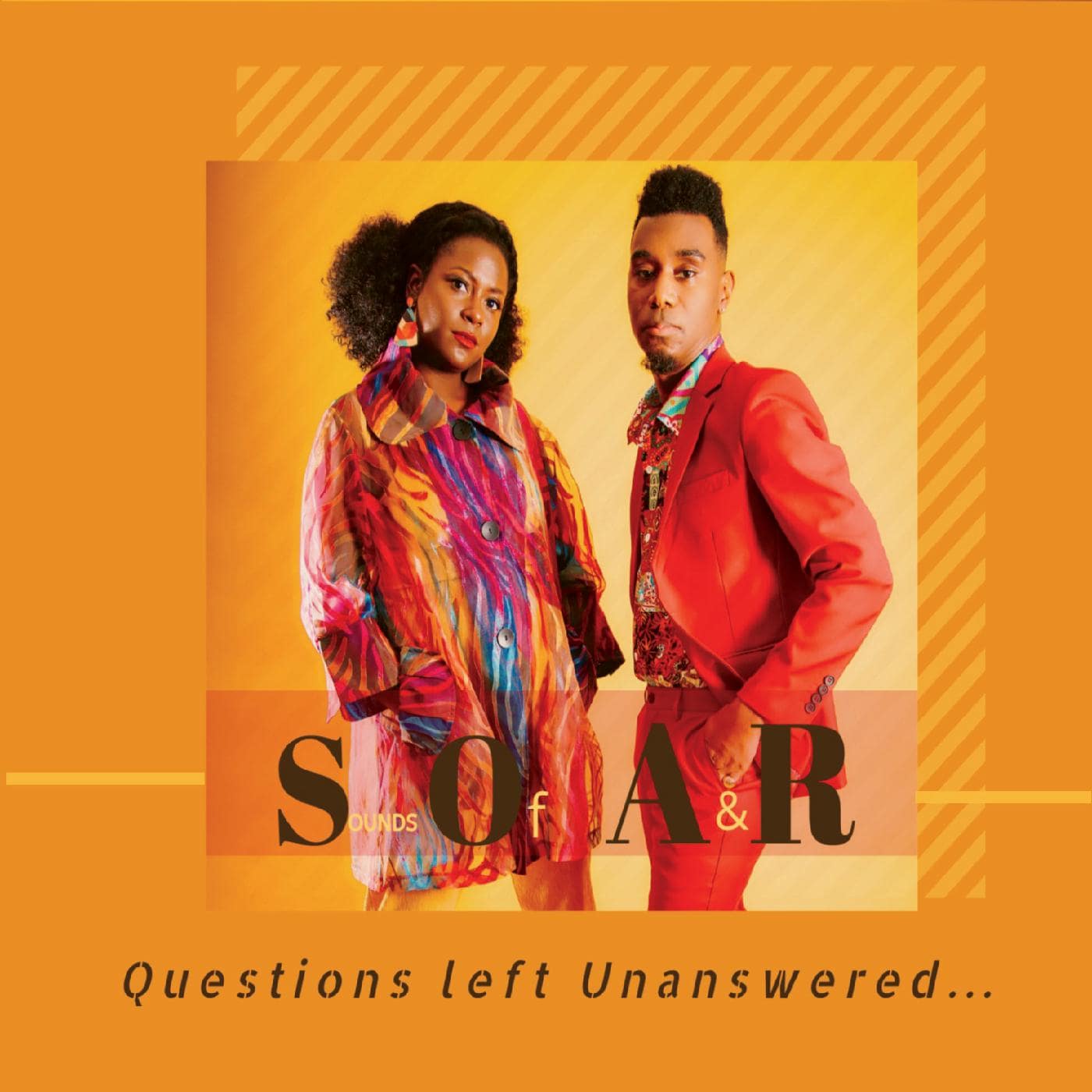 The spirited vocal/trumpet duo Sounds of A&R is excited to announce the January 22nd release of their third studio album, Questions Left Unanswered.  An amalgam of lively original compositions and cover arrangements of time-tested classics, this new release presents evocative compositions that speak deeply to the paths of both artists, and the struggles of the moment. Sounds of A&R is fronted by the effervescent April May Webb, and soaring (no pun intended) trumpeter Randall Haywood, and includes April May’s siblings Jacob Webb on bass and Nathan Webb on drums, plus guitarist Charlie Sigler, pianist James Austin and harpist Riza Printup.

Sounds of A&R are not just musical partners, but in life as well. The paths of vocalist April May and trumpeter Randall Haywood first crossed at Moore’s Lounge, a club located in New Jersey.  April May took the stage to sit in and the chemistry was instant.  Partners ever since, April May and Randall’s union produce a sound that is sincere and hopeful in nature. The duo has made their mark on the New York City scene, wowing audiences on stages such as Dizzy’s, Jazz at Lincoln Center, The Birdland Jazz Club, Minton’s Playhouse and the legendary Apollo Theater, often alongside legendary drummer T.S. Monk.  2019 saw a stellar year for the duo as they were named “Best Jazz Group” at the NYC Readers Jazz Awards presented by Hot House Jazz Magazine and Jazzmobile.  Earlier that year, S.O.A.R. released their single “The Road to Love’s Destiny” which landed on the Billboard Contemporary chart.

These accolades only emboldened the duo to dig deeper, and S.O.A.R. does just that on Questions Left Unanswered.  The album’s title track is an illustration of the unknowns of life.  April May suggests: “Each day is a mystery that is left to be discovered.  The decisions we make shape the trajectory of our lives but there are also things that just simply happen and we must learn to navigate these unknowns, it’s a part of our life’s journey. The joys and pains of life make life worth living and not having all of the answers is what keeps our minds open to endless possibilities.”  Eloquent passages sung by April May are juxtaposed by a repeated melodic refrain played in unison by Randall.  This piece features a masterful solo from Randall Haywood and a stunning vocal performance by April May that reminds one of iconic recordings from jazz luminary Abbey Lincoln.

Another original composition, “They Keep Saying No” speaks to the challenges of following an entrepreneurial spirit into entering the music industry.  Flirting with the harmony and melodic passages of “Old Devil Moon”, the duo offers a bright-hued lament on the realities of being a modern day career musician.  The song features a dazzling scat solo from April May, demonstrating an incredible acuity for melodic invention.

“Moments When I Was A Kid” is co-written by Randall and April May.  A period of syncopated bass ostinato and bright guitar comping sets the tone for a touching reflection on childhood.  Imagery of the innocent moments of childhood is conjured by April May’s lyrics and Randall’s expressive improvisation.

The album features arrangements of a variety of popular songs from a wide array of influences.  For instance, this album has renditions of the R&B hit “Killing Me Softly”, the popular country song “Jolene”, the gospel hymn “As the Deer” and a large helping of jazz with such standards as “Social Call” and “I’m Old Fashioned”. Randall notes “each of the compositions that we chose to cover played a vital role in our musical development.”  April May’s voice and Randall’s horn bring the same warmth and refinement to these classics as they do the original compositions that grace this album.

Aside from their musical innovation, April May and Randall also run an online vintage clothing store, SOAR Vintage Boutique.  “Soar Vintage Boutique is a part of S.O.A.R. / Sounds of A&R’s Brand. Fashion and visual artistry has always been a part of the story of who we are. It is an outward expression of an inner feeling. We coordinated the colors of our clothing and set design to match the mood that we want to illustrate both in live performances and virtually,” said April May. Items from the boutique grace the duo on the album’s cover image.

S.O.A.R. takes the listener on an artistic journey through an array of colors in modern jazz. Pulling inspiration from the deep love they have for one another, S.O.A.R. expresses that love through beautifully crafted compositions with fresh innovative arrangements, and poignant lyrics. Questions Left Unanswered will be available as a digital download on all platforms, and as a compact disc available via their website:  www.SoundsofAandR.com