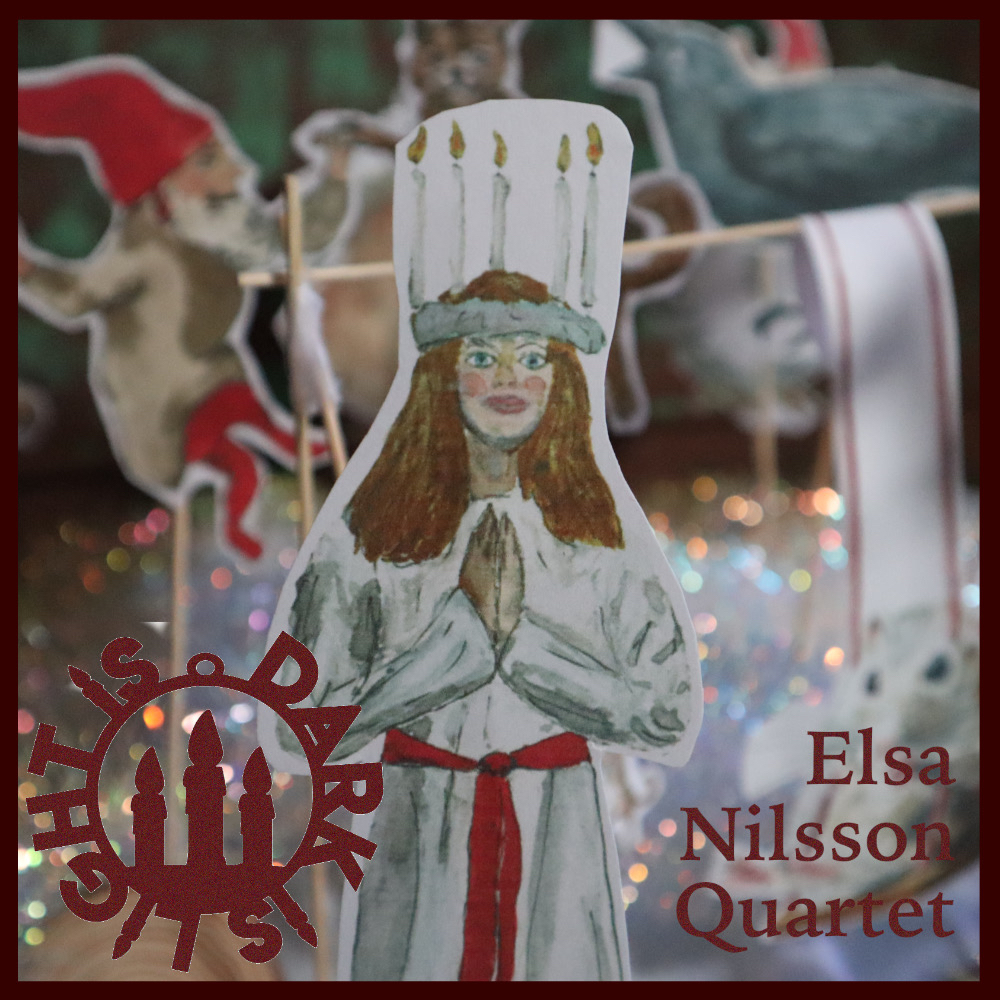 Celebrated Flutist Elsa Nilsson Announces the December 13th Release of Dark is Light is, A Celebration of the Return of Light Amidst a Period of Darkness

Flutist Elsa Nilsson is pleased to announce the December 13th release of her latest album, Dark is Light is.  A celebration of the return of light amidst a period of darkness, Dark is Light is features modern arrangements of classic Swedish songs associated with the holiday of Lucia.  Though the album emblematizes a time-honored Swedish tradition, its message seems to resonate all the more in 2020, under the dark shadow cast by the pandemic.  These evocative arrangements of Swedish Lucia songs were developed over many years by Elsa and her band.  Because of the current climate, 2020 marks the first year that the group has not been able to perform these songs live on the holiday’s date of December 13th for nearly a decade.  The release of Dark is Light is marks the celebration of Lucia in a year when celebration has taken quite a different form.  Nilsson is joined by her working group consisting of guitarist Jeff McLaughlin, bassist Alex Minier and drummer Cody Rahm.

The release of Dark is Light is is Nilsson’s third release this year; in February, she released the politically-charged Hindsight, and in May, she released for human beings, an EP with her group SXNE. for human beings was selected as a Downbeat Editor’s pick, and regarding Nilsson’s performance and composition on Hindsight, Stephanie Jones of Hot House Jazz Magazine called Nilsson “a technical master.”  On Dark is Light is, Nilsson uses the impassioned, supple musings of her flute to transport the listener to her native country of Sweden for the celebration of Lucia.  Nilsson paints sonic tapestries contrasting timbres of light and dark, displaying stellar melodic interplay with McLaughlin and a thoughtful arc of moments of tenderness, soulfulness and raucousness.

Nilsson notes: “every year on December 13th (winter solstice according to the Julian Calendar) Sweden celebrates the holiday of Lucia.  The name Lucia comes from the latin Lux, which means light, and in essence it is the celebration of light on the darkest night of the year.  I loved Lucia because I loved the idea of music being the thing that brings light into our lives, even in the darkest times. December would come and suddenly there would be lights in every window, overnight. Everyone coming together to spread light in this way felt like a silent and beautiful expression of community.  The celebration of Lucia predates Sweden’s transition to Christianity and the traditions and celebrations are those of the native cultures wrapped up in the name and story of a Catholic saint.  The celebration has evolved from the middle ages from one that fears the dark to one that celebrates the light.

The album begins with “När Juldagsmorgon Glimmar” which translates to “when Christmas morning sparkles”. It is traditionally performed as a slow melody with lyrics about the religious aspect of Christmas morning. “In this arrangement I wanted to capture the visual of moonlight bouncing off of snow.”  A bright-tempoed melody gives way to masterful improvisations by McLaughlin and Nilsson.  The changes of the tempo and time signature captures a bouncing effect, allowing for the feeling that light is coming towards you from all directions like the gleam of moonlight on snowfall.  The modal harmony depicts the exploration of a landscape where everything is the same color as far as you can see – the color of snow.

“Hej Tomtegubbar Slå I Glasen”, traditionally played in a jaunty manner, has angst-filled lyrics that remind us about the impermanence of our existence.  Nilsson leans into this angst with a decidedly more solemn, wistful portrayal of the piece.  “Sankta Lucia” is the slow and graceful processional in and out of the Lucia celebrations. “The lyric that always struck me is the line about the sleeping shadows in “the parts that the sun forgot”.  Nilsson continues, “Whenever I would be a part of this slow procession in celebration of light I would experience a huge amount of restraint. It felt almost unnatural to have such a joyful concept be portrayed in such a somber way.”

“När Det Lider Mot Jul” is one of the most popular christmas songs in Sweden.  “It is a beautiful melody with lyrics about light returning, how the descent of darkness is a sign that the light will come back.”  “Julpolska” is a traditional swedish dance, it is here mixed with the Chacarera rhythm from Argentina and some harmonic concepts from Olivier Messiaen.

“Så Mörk Är Natten” means “How Dark Is The Night”. Nilsson remarks “The dark in the middle of winter is overwhelming. It’s most, if not all, of the day depending on how far north you go.  This song is about how the arrival of Lucia means that you know the light is about to return.  I’ve always felt this song encapsulated the hope of waiting for something you know will come.”

Dark is Light is offers listeners a much needed message of hope amidst darkness and introduces audiences to the celebration of Lucia and the sounds and imagery of this vibrant Swedish holiday through the adroit arranging and performance of Nilsson and her ensemble of masterful musicians.