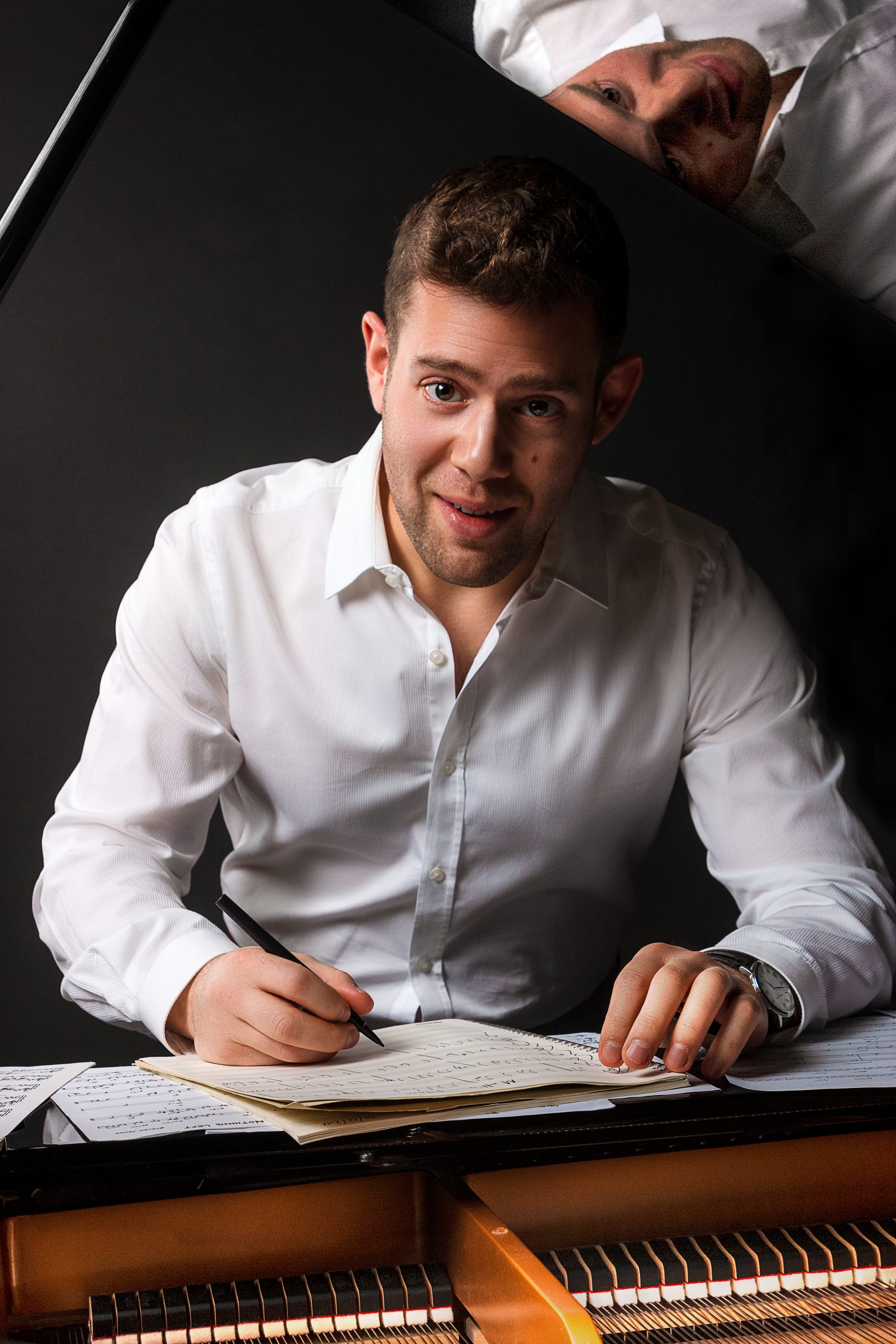 Watch the Video for “Kinetic” via JazzTimes.com here!

During a time unlike any other, newly minted Yamaha Recording Artist pianist/composer/arranger/educator Steven Feifke has managed to have a banner year. While preparing to release his forthcoming album Kinetic, Feifke has amassed an impressive list of career milestones and professional achievements in what is arguably one of the most uncertain and tenuous times in modern history.

Steven Feifke’s year began with news that he had been awarded the prestigious David Baker Prize in Composition from the Steans Institute at the Ravinia Festival. Selected by luminaries Billy Childs, Rufus Reid and Steve Wilson, the winning composition, “The Promised Land,” was written for string quartet and piano trio and was scheduled to premiere at the Ravinia Festival in Chicago early next year. Unfortunately, COVID-19 had other plans.

Like everyone in New York City, Feifke’s world changed when the city instituted the COVID-19 lockdown in mid-March. Just days after the quarantine began, Feifke and alto saxophonist Alexa Tarantino sprang into action with their “Sunday Evening Quarantine Concert Series”. This weekly live-stream event has been going strong for over 32 weeks and has raised over $10,000 for chosen organizations and charities, including those that provide COVID-19 relief grants to musicians, support racial justice, and for New York City jazz venues struggling under the weight of the pandemic. A bright spot for many during the Coronoavirus era, hundreds of viewers tune in weekly to catch this innovative musical duo. The series has been such a success that both The Boston Globe and Thrillist selected the series as a Critics Pick. This summer, Feifke and Tarantino launched “A Step Ahead Jazz”, an online educational platform geared towards jazz students of all ages and ability levels. The week-long summer course serviced 60 students from all around the world.

During this time, Feifke has had a hand in a number of new releases, including one of the most highly anticipated vocal albums due out next year: Veronica Swift’s This Bitter Earth. To be released in March via Mack Avenue, Feifke arranged, orchestrated and conducted strings for the award-winning vocalist’s sophomore effort. The first single, the title track, is available on streaming services now. Feifke also arranged and orchestrated the newly released album Quarantine Standards by the Chad LB Virtual Big Band, and took part in two other virtual large ensemble albums that will be announced next year.

Feifke’s recent orchestration work has not been limited to jazz. He is proud to have contributed to the new theme song for the rebooted Animaniacs; a revival of the popular cartoon set to drop on Hulu on November 20th. That same day will mark the release of the Splice Sounds “Iconic Melodies” Sound Pack featuring “Rhapsody in Blue”. Splice is the leading platform for music production and offers access to millions of royalty-free samples, loops, and presets to producers across the globe. Feifke rearranged and reorchestrated the Gershwin classic with a remote orchestra of 10 musicians, all recorded from their respective homes. Feifke is currently writing new music for a joint big band with lead trumpeter Bijon Watson called “The Generation Gap Jazz Orchestra.” The ensemble features musicians from all age groups in the jazz world and will record its first virtual tracks in two week’s time, just in time to present at the 2021 JEN Conference.

While a busy 2020 draws to a close, next year is looking to be an even brighter one for the musical polymath as he prepares to release his sophomore album as a leader Kinetic. Due out on April 9, 2021 via Outside in Music, Feifke’s debut big band recording makes a major musical statement. Feifke’s big band, which held a popular monthly residency at the Django venue in New York City for nearly two years pre-COVID, features some of the fastest rising stars on the the jazz scene today; Veronica Swift, Ulysses Owens Jr., Alexa Tarantino, Lucas Pino, Benny Benack III and Jimmy Macbride, among them. The first single and the title track, “Kinetic”, showcases Feifke’s dazzling piano prowess and features Ulysses Owens Jr. and Gabriel King Medd. The single launched on all streaming platforms on November 13th and the video premiered via JazzTimes.