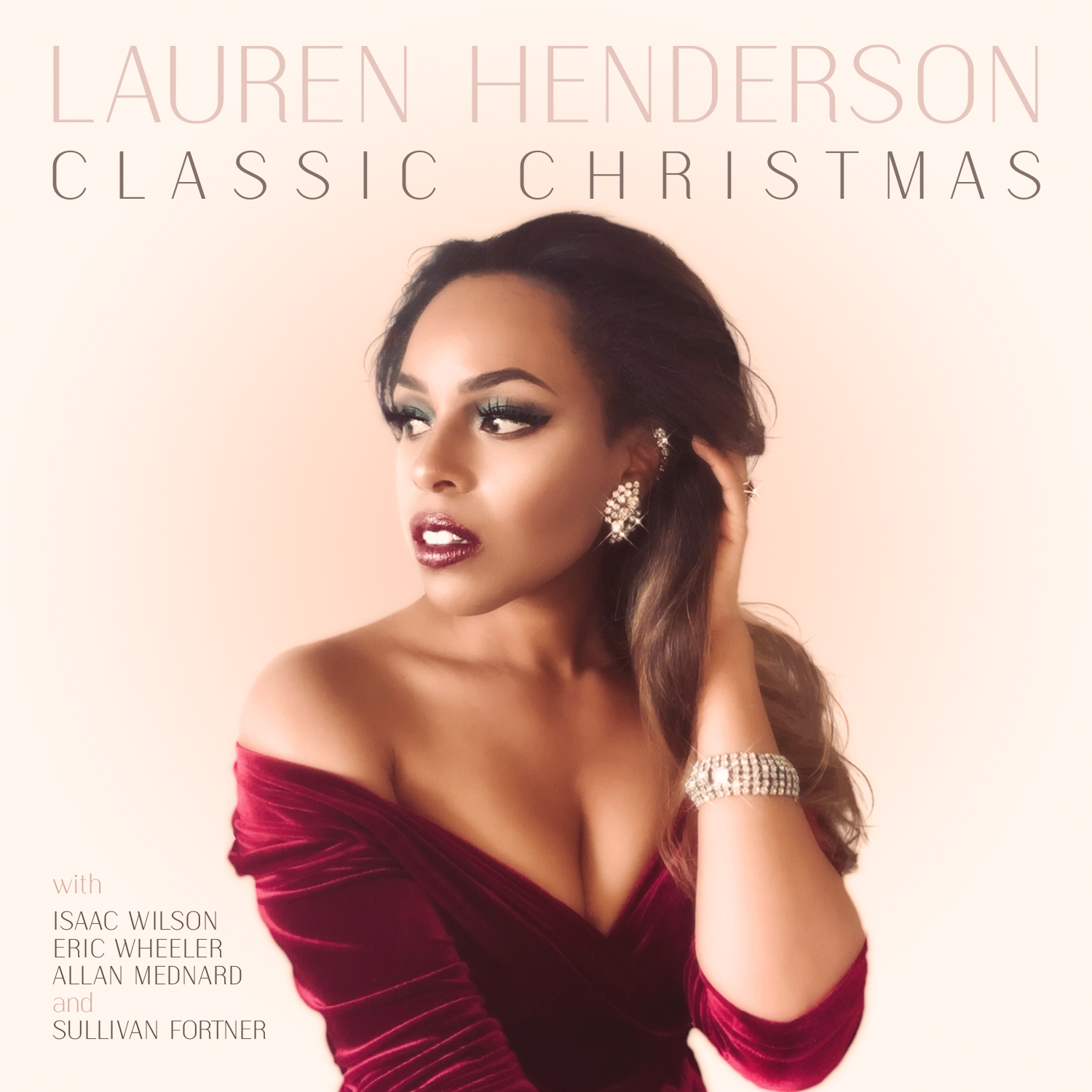 Due out on November 13, 2020 via Brontosaurus Records

The songs on Classic Christmas are personal favorites of the singer that have been re-contextualized to fit the modern climate. The project opens with Rodgers & Hammerstein’s classic “My Favorite Things”, fit with a modern lyrical update that speaks to inclusivity, intersectionality and representation. As a black woman, and a member of the Afro-LatinX community, Henderson uses her art to share her experiences, and address concerning issues.  “On “My Favorite Things”, I saw an opportunity to reflect my culture and the social climate in the United States by modifying the lyrics,” she said. This approach is also applied to the third track – a haunting rendition of “Once In Royal David’s City” that has been altered to highlight the strength of women and promote gender empowerment. Nestled between those is “Have Yourself A Merry Little Christmas”, which showcases the stunning interplay of the ensemble, and closing out the set is a stirring duet with oft-musical partner Sullivan Fortner on “What A Wonderful World”, a song Henderson hopes “will touch people’s souls, especially as we navigate the COVID-19 pandemic.”

When recording Classic Christmas, Henderson ruminated on a quote by Nina Simone: “It is the responsibility of an artist to reflect the times (in which he lives).” “This year, the holiday season and Christmas may seem different to some people. Many people have lost loved ones, are in difficult financial situations, or feel lost and alone. Many people continue to fight against oppressive administrations and fight for social justice, fair treatment, and for their voices and stories to be heard,” Henderson reflects. “There are beautiful people who need love and support. I wanted these songs to be honest and full of hope.”

Classic Christmas comes on the heels of The Songbook Session, Henderson’s new chart-topping full-length album, released this past April. A collection of jazz and Latin jazz standards, this self-produced record paints a story that reflects Henderson’s vast cultural influences as she sings in English, Spanish and Portuguese. The release peaked at number 5 on the JazzWeek radio chart and received critical praise from the likes of Jazziz Magazine, (“[The Songbook Session] is designed to place Henderson in the lineage of classic jazz vocalists”), Downbeat Magazine (“jazz mastery”) and Broadway World (“a singer possessing of one of the warmest, most inviting vocal instruments”), among others.

Classic Christmas will be available on all digital platforms, including Bandcamp, on November 13, 2020.