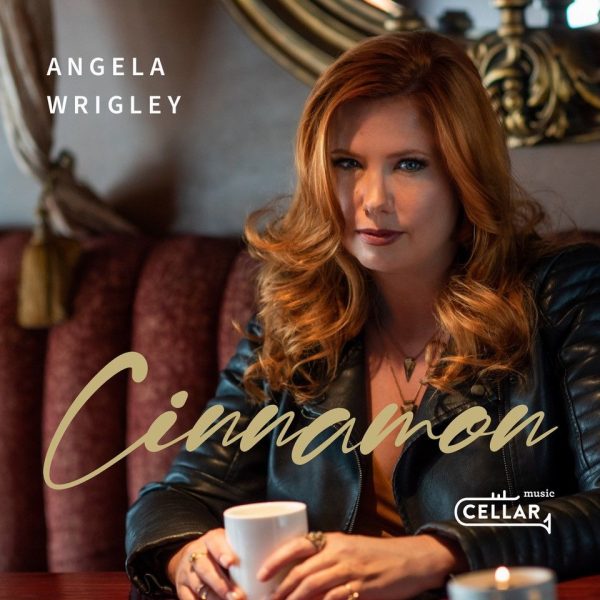 Cellar Music Group is proud to announce the October 16th release of “Cinnamon”, the new single from vocalist/composer Angela Wrigley. On this powerfully-evocative track, the Calgary, Alberta-native is thrilled to be joined by an ensemble of GRAMMY®-winning musicians including Aaron Goldberg (piano, rhodes, Hammond B-3), Reuben Rogers (acoustic bass) and Gregory Hutchinson (drums). Also captured on the track is Calgary-based percussionist Bob Fenske. Written in 2019, “Cinnamon” speaks of the turmoil that can come with an emotionally-wrought love affair. “Cinnamon” precedes the anticipated 2021 release of Wrigley’s debut album, You Don’t Know What Love Is, presented by the Angela Wrigley Trio.

“Cinnamon” is inspired by a powerful love affair – the kind of love affair that feels as though it could change the world, if the circumstances were different. But when circumstances fail, and doubt sets in, the feeling of inadequacy filters through the cracks. The power, helplessness and desires that infused this song was what led producer Scott Morin to call upon Joshua Redman’s longtime rhythm section. A whirlwind day of recording ensued at the National Music Centre (NMC) in Calgary, a world-class facility and instrument museum, providing access to state-of-the-art equipment, one of the largest keyboard collections in the world, and the engineering expertise of Jason Tawkin. Amidst post-production, COVID-19 hit and upon the temporary close of the NMC, Scott and Angela moved the mix to OCL studios, where it was engineered by Spencer Cheyne. Adding the final polish to this magical Wrigley-penned original, jazz star-studded tune was Grammy®-nominated engineer João Carvalho, who is credited to the track’s master.

In May 2021, Angela Wrigley Trio will release You Don’t Know What Love Is. This debut album represents love and loss, hope and longing, both in the story it tells, and in the lives of those intimately dedicated to its release. Angela’s piercing lyrics, powerful singing, and intricate piano playing, along with Dave Lake and Derek Stoll’s solid rhythm section, have created an album that is truly a labour of love. It is only the beginning of a creative partnership, and a deep friendship, that will be even more enriched by love, loss, hope, and longing to come. On You Don’t Know What Love Is, this trio is joined by some very special guests including Bob Fenske on percussion, Cory Weeds on saxophones and production, Vince Mai on trumpet, and Rod Murray on trombone.

Angela Wrigley was destined to be a singer. Before she was even born her father said, “I hope she is a girl and I hope she can sing.” A passionate vocalist and pianist, she’s been performing and writing her own music for over 10 years with a deep love of jazz standards, soul music and contemporary piano trios.

Angela Wrigley and her trio will be debuting “Cinnamon” at The Ironwood in Calgary, Alberta in a special release concert on October 14th and 15th. Tickets available at www.ironwoodstage.ca.