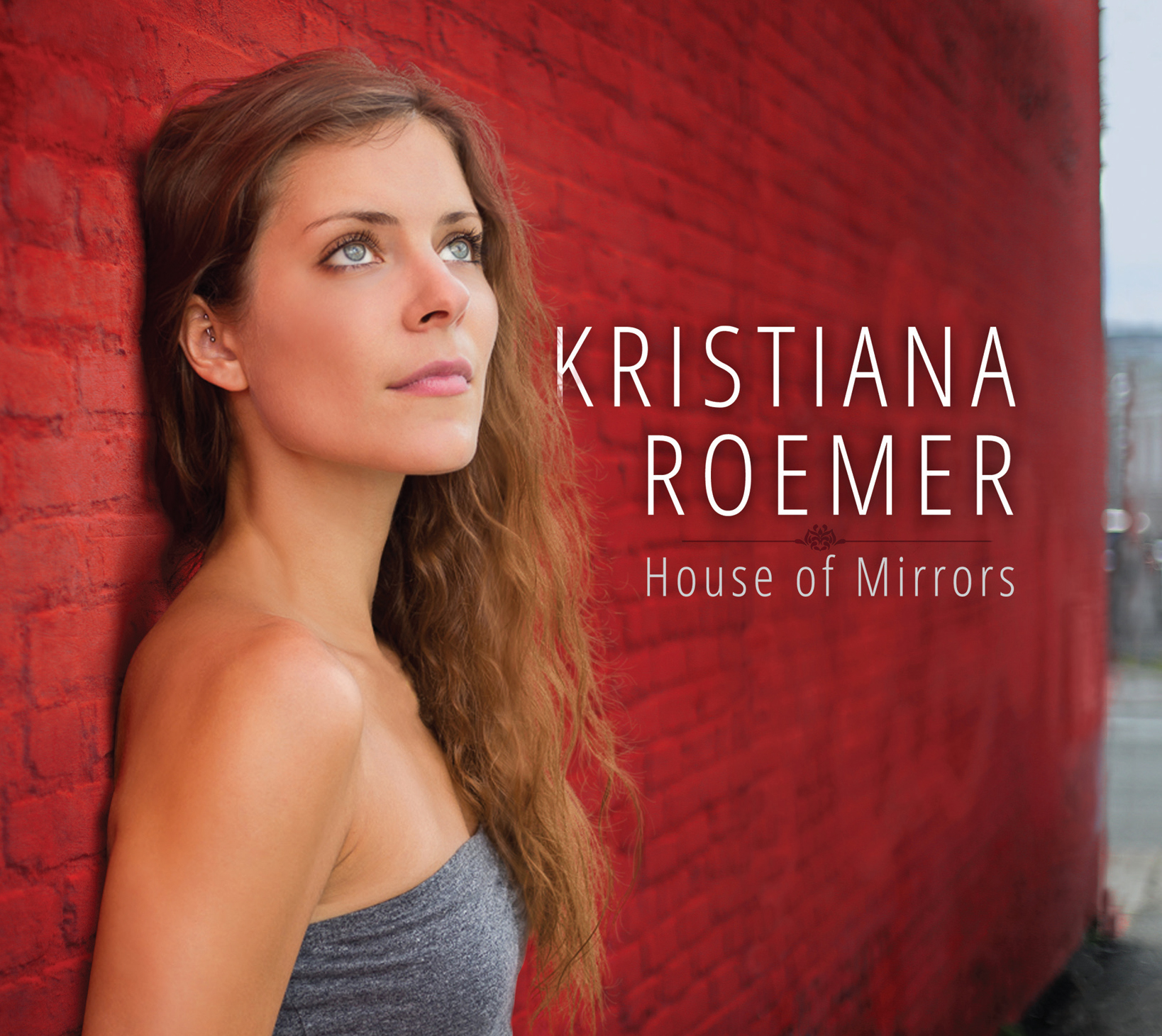 Sunnyside Records is proud to announce the November 27th release of House of Mirrors, the new album by dynamic vocalist and composer Kristiana Roemer. Roemer’s recording debut finds the vocalist at an exciting time in her promising career, navigating her unique path, where she is ready to introduce her fabulously broad musical approach and singular experience to the world.

On House of Mirrors, Roemer reflects on the many dimensions of humanness and character. “I imagine a House of Mirrors inside of each of us where we can hold and honor all the possibilities of ourselves that we could have drawn upon,” Roemer reflects in her liner notes. The choices we make, the paths we choose to explore and the relationships we form all reflect back parts of ourselves, making up a “museum of images” that collectively make us who we are as individuals. These deep explorations are presented over the course of nine compositions, which represent different facets of life.

Born to an American mother and a German father, Roemer grew up in a bi-lingual household in Frankfurt, Germany. Her mother instilled the importance of integrating her American with her German culture, namely through attending their English-speaking church and making long summer visits to North Dakota. Music was an important part of Roemer’s life from early on. She began piano lessons at six and then began singing in church and with a traveling choir; her first efforts at songwriting took place by the age of nine.

Roemer was taking classical voice lessons as a teenager when she met a professional pianist who invited her to sing popular tunes and standards with him at a local lounge, and soon they were performing together regularly. Choosing to continue her music education, Roemer received a scholarship to attend Concordia College in Minnesota for a year before she returned to Germany to care for her mother, who had fallen ill and passed away soon thereafter. During this time, Roemer had enrolled for her Bachelor of Science at Frankfurt University but soon impulse led her to move to Paris, where she spent three years performing regularly at cabarets and clubs and hosting a jam session, along with studying vocal jazz at the Paris Conservatory and completing her science degree from abroad. It is there that she formed a quartet and began performing her original compositions.

On a summer trip to New York, she fell in love with the City. Though Paris had been instrumental in solidifying her love and pursuit of jazz, the openness of New York’s scene made Roemer feel free to truly spread her musical wings and provided the nurturing ground that allowed her to define her musical voice. While writing music had become second nature to her, she felt that to truly express herself in her storytelling she had to broaden her approach, including her introduction of German lyrics along with English.

Roemer moved to New York soon thereafter and dove directly into the jazz scene there, performing regularly at Rockwood Music Hall, Jazz at Kitano Hotel and Cornelia St. Café, and completing her Master of Music in jazz studies at Queens College. Roemer was anxious to record as soon as she arrived. One of the many musicians she met was bassist Alex Claffy, whose enthusiasm for collaboration motivated Roemer to push through the production of House of Mirrors. Roemer set up recording dates and they brought on pianist Addison Frei and drummer Adam Arruda.

The original pieces on her stylistically diverse and explorative recording were selected with the intention of taking the listener on a journey and telling the story in a direct and honest way. These are compositions that Roemer felt needed to come out so that she could continue her growth and explore new pathways. The pieces span from her time in Paris to New York, many having been written with her ensemble and special guest artists in mind. Many of the lyrics, hers and otherwise, began as poetry.

The story is introduced by the title track, a meditative piece exploring decisions made and paths taken that’s mood is amplified by guest Gilad Hekselman’s sensitive but spacious guitar that beautifully compliments Roemer’s emotive vocals. The haunting “Beauty Is a Wound” is a tribute to her mother, the music going straight to the heart with stripped-down, minimalist but emotionally charged accompaniment by percussionist Rogerio Boccato. The intrepidly upbeat “Virgin Soil” is a benison given to a sister to go out and find one’s own way; gorgeous solos from Dayna Stephens and Frei emphasize Roemer’s message, sung almost conversationally.

Roemer intentionally included German language in her music, as there has not been much use of the language in contemporary jazz music, which she delivers in a natural, relatable way. In seeking German poetry, she discovered Felice Schragenheim’s “Deine Hände,” an uplifting love poem written by a Jewish resistance fighter who died in a concentration camp in 1945. Roemer found the poem particularly striking, as Schragenheim’s love story with Lilly Wust is both tragic and inspirational.

The intensely persistent “Dark Night of the Soul” utilizes St. John of the Cross’ poem for content but really shines with Roemer’s brazen recitation of her own writing accompanied by Ben Monder’s guitar exploration. Hermann Hesse’s “Manchmal” is a blue-tinged appeal for humans to see our reflection in nature and mend our relationship with it.

Monder’s shimmering guitar tones provide a gorgeous, enveloping soundscape for Roemer’s “Lullaby for N.,” a thoughtful piece echoing the parting of a friend where the singer’s voice radiates warmth and emotion. Roemer adapted Stanley Turrentine’s “Sugar” into a metrically intriguing arrangement, the paramour’s message of love heightened by Stephen’s brilliant tenor, Frei’s rhapsodic piano and Claffy’s expressive bass. The recording concludes with Charles Mingus’s “Duke Ellington’s Sound of Love,” a tremendous song about the love of music that brings us back to the journey’s true essence and its ultimate goal, the music.

The music of Kristiana Roemer comes from an honest place, a place of appraisals of actions and embracing all potential paths, whether taken or not. Her House of Mirrors is a diverse and brilliantly devised program of music that illustrates where Roemer has been and where she will go in her bright future.