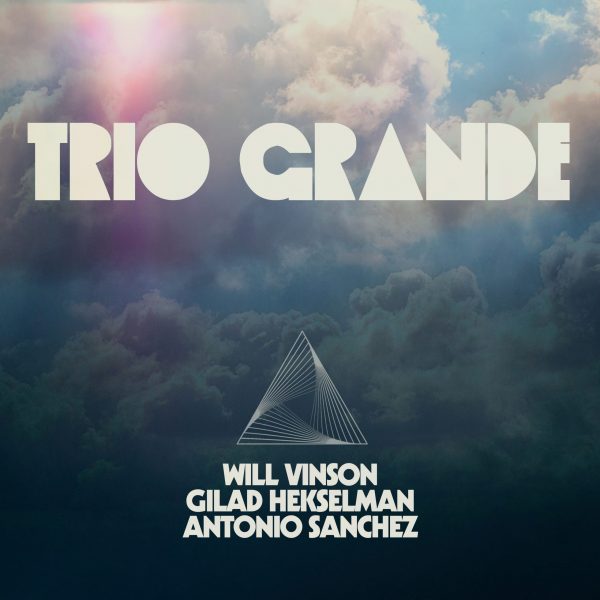 Whirlwind Recordings is proud to announce the November 13th release of Trio Grande, the debut statement from a brand new project that unites three of the most inventive, exciting and accomplished musicians working at the interface of New York’s contemporary musical culture, where the city’s rich tradition of jazz meets crosscurrents blowing in from across the world.

British-born saxophonist Will Vinson, Israeli guitarist Gilad Hekselman and Mexico City native, longtime Jackson Heights, Queens resident Antonio Sánchez first came together at one of the city’s legendary club residencies at the Cornelia Street Café, and the chemistry and excitement was immediate. Each brings their own formidable reputation as bandleader and composer in their own right, but when they started playing together, following their impulses with all the freedom afforded by the bassless trio format, they found the music taking on its own creative directions that surprised and delighted them all.

Says Vinson: ‘We’re all grounded in jazz but all of us are also looking for other sounds and influences to bring in: that’s what we have in common, and what sets us apart is that all our sounds and influences are so different!’. The album’s magic lies in the way that so many disparate musical elements are woven together to create such a coherent whole. ‘Northbound’, driven along by its powerfully insistent low-end guitar riff, and ‘Gocta’, with its array of vast, epic soundscapes, were written by Sanchez and reflect his virtuosity and ability to deliver the power and excitement of rock music within a sophisticated musical framework. The uplifting, joyously dancing ‘Elli Yeled Tov’, with its echoes of carnival, reflects Hekselman’s love of song forms, whether pop or folk derived, and showcases the way that he can incorporate the most complex rhythmic ideas and make them sound simple and direct. His haunting ballad ‘Will You Let It?’ shows his total commitment to melody, while the lowdown sophistifunk of ‘Scoville’ is both an opportunity to flex his guitar chops and a homage to the guitar master. Vinson’s ‘Oberkampf’ is a broodingly atmospheric piece, brought into focus by contrasting but equally melodic solos from guitar and saxophone, demonstrating the ease with which the players can move in and out of the frontline and swap roles at a moment’s notice. ‘Upside’, another Vinson original, maintains an elegant, insouciant swing, while Sanchez’s ‘Firenze’ develops from an equally poised cool into a frenetic coda: both tracks allow the trio to blow freely over a closely written structure in classic jazz style, yet their vision is so unified and complete that each tune develops organically, without either sounding like a generic head-and-solos piece. Texture and dynamics are as important as melody and improvisation, all brilliantly captured by engineer Mike Marciano’s warm, crystal clear studio sound.

The music will be available on CD / DL and Limited Edition 180g Double LP with gatefold artwork. The LP contains three bonus tracks: an original by Vinson, a loving deconstruction of John Lennon’s ‘Jealous Guy’ and a reverent reading of ‘Silence’ by Charlie Haden. The selection of tracks shows the scope of the trio’s no-limits influences and underlines the spirit of openness and unity of purpose that defines this remarkable collaboration.