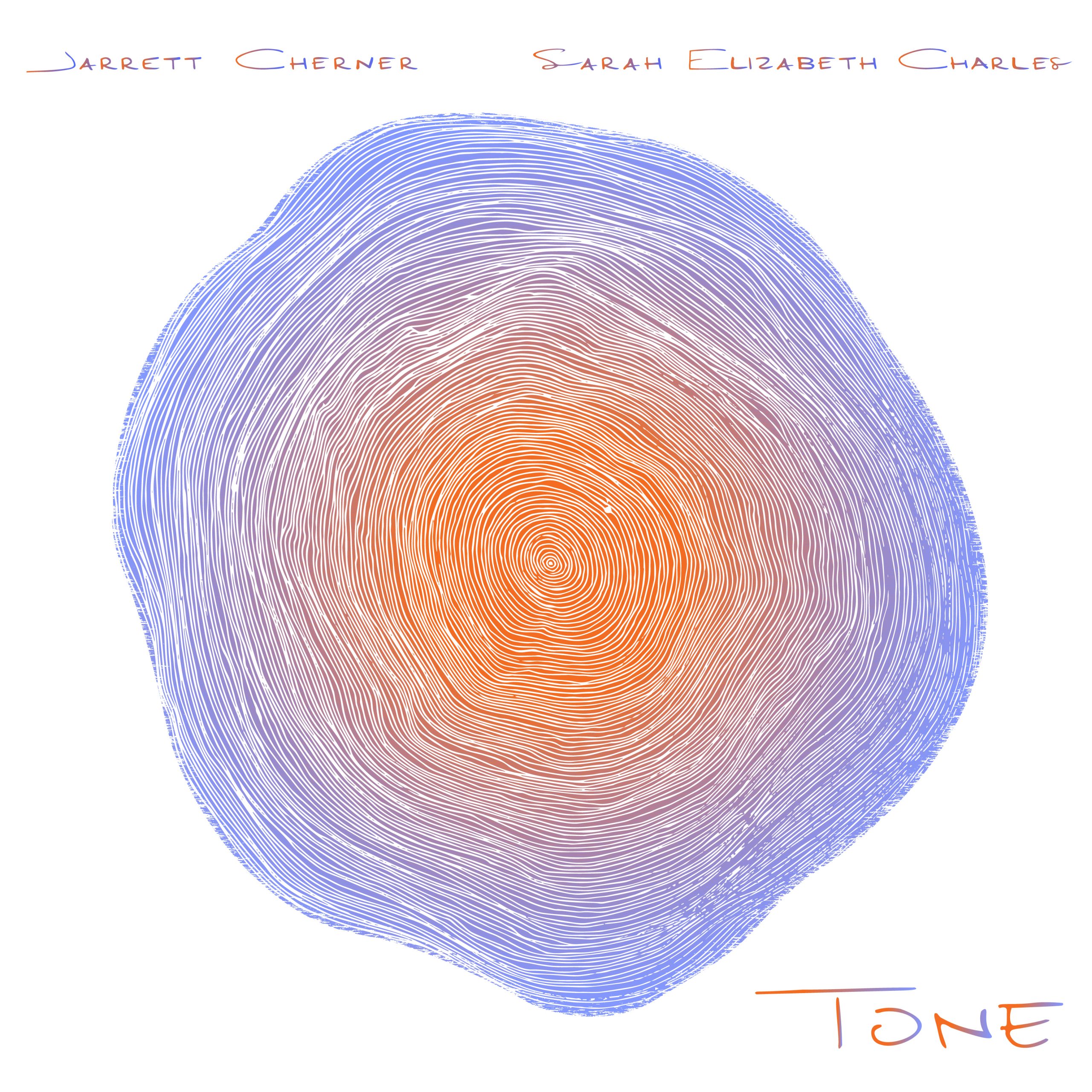 Steeped in jazz harmony, timeless melody, and poetic verse, their sublime co-written songs address the need to care for ourselves, each other, and the world.

As accomplished composers and leaders in their own right, vocalist Sarah Elizabeth Charles and pianist Jarrett Cherner bring a wealth of artistic resources to their first release as a duo, Tone. The album’s eight songs — finely wrought, emotive, richly melodic — were co-written over a span of four years, and although Charles and Cherner began recording before the Covid-19 crisis, they were finally able to finish the project in quarantine in their Brooklyn home. Fittingly, the sound of this duo is intimate and warm, yet its dynamic range is large. Cherner’s expansive piano harmonies, Charles’ intricate multi-tracked vocal parts and subtly placed echoes and effects: these elements grow to fill the sonic space, as the songs touch on transcendent themes of selfless love and living with purpose and intention.

The process brought Charles and Cherner to new creative places within themselves. “We leaned on our respective strengths in terms of harmony, melody, and lyric writing,” says Cherner, “but we also experimented with reversing roles, where I would sing and Sarah would play piano, just to see what that would generate.” The song “Speak,” Charles notes, came about as a result of such a role reversal. “At first we explored with no agenda,” she adds, “making sounds and seeing what came out instinctively.”

While original lyrics predominate, “Speak” is almost entirely wordless, though the song was first inspired by poet Mary Oliver’s idea of prayer taking the most simple, humble form: “Oliver grounds the meaning of praying in allowing another voice to speak,” Charles says, “and specifies that this act can happen anywhere and in any way.” Similarly, Cherner read Robert Frost’s poem “Nothing Gold Can Stay” and wove it into what became “Hanging On To Time,” its yearning minor-key lyricism evocative of “wishing you could slow down time to savor a moment or even a season.”

Charles’ looped vocal ostinatos form the 5/4 backbone of “Gloria,” dedicated to the feminine spirit that exists in all of us, and “Shine On,” a contemporary blues with a bridge and a soli that Cherner explains as a song of “personal empowerment and growth.” “We’re both coming from the jazz tradition, the Black American Music tradition,” Charles says, “so improvising has brought so much to our creative process. During this time in quarantine, we’ve used the studio as a space where I can improvise vocal parts on the spot, layer and explore, while also taking time to write more composed background vocals. It’s an approach that we’ve taken to both writing and recording that feels rooted in the tradition we’re coming from.”

If Tone has a central message, it is perhaps the repeated phrase “love the world” that occurs at the end of the contemplative opening track, “Conscious Mind.” Charles and Cherner did not set out originally with a theme in mind, but the subject of love, in the broadest senses of the word, seemed to emerge. “Much like the tradition of metta meditation in Buddhism, you start by practicing being kind to and loving yourself,” Cherner says, “but as you develop that heart muscle, you expand outward: you cultivate loving-kindness for your friends and family, for your acquaintances, for difficult people in your life, and eventually for all beings.” In its way, the music of Tone reflects this: it looks inward and outward all at once, capturing Charles and Cherner’s individual artistic voices even as it brings about something new and whole on its own terms.

MORE ABOUT THE ARTISTS:

In addition to her “soulfully articulate” (The New York Times) recordings with SCOPE (the acclaimed Red, Inner Dialogue and Free of Form), Sarah Elizabeth Charles performs and collaborates with Yacine Boulares’ world-jazz collective Ajoyo, piano legend George Cables, visionary trumpeter and composer Christian Scott aTunde Adjuah, keyboard master/producer Jesse Fischer (on Fischer’s latest release Resilience) and more. She had a commissioned composition performed at The National Gallery via The Canales Project’s “Hear Her Song” theater initiative. She is also an accomplished educator, as a participant in Carnegie Hall’s Sing Sing Correctional Facility and Future Music Project youth workshops; as developer of an early childhood music education program with the Haiti-based nonprofit Rise2Shine; and as an adjunct professor teaching her self-designed Jazz and Gender course at The New School.

Jarrett Cherner has captivated listeners with his lyricism and technical facility on his trio releases Burgeoning and Expanding Heart, both on his own label BaldHill Records. As a driving force behind the collective quintet Sketches (sketchesmusic.com) he also released Sketches Volume One (BaldHill) and Volume Two (Brooklyn Jazz Underground). At New England Conservatory he studied with Danilo Pérez, Jerry Bergonzi, Frank Carlberg and Michael Cain, among others, and during graduate studies at Manhattan School of Music he studied with Jason Moran, Garry Dial and Dr. J. Mark Stambaugh. An adjunct professor at Franklin & Marshall College in Lancaster, PA, Cherner also teaches through the New York Jazz Academy.