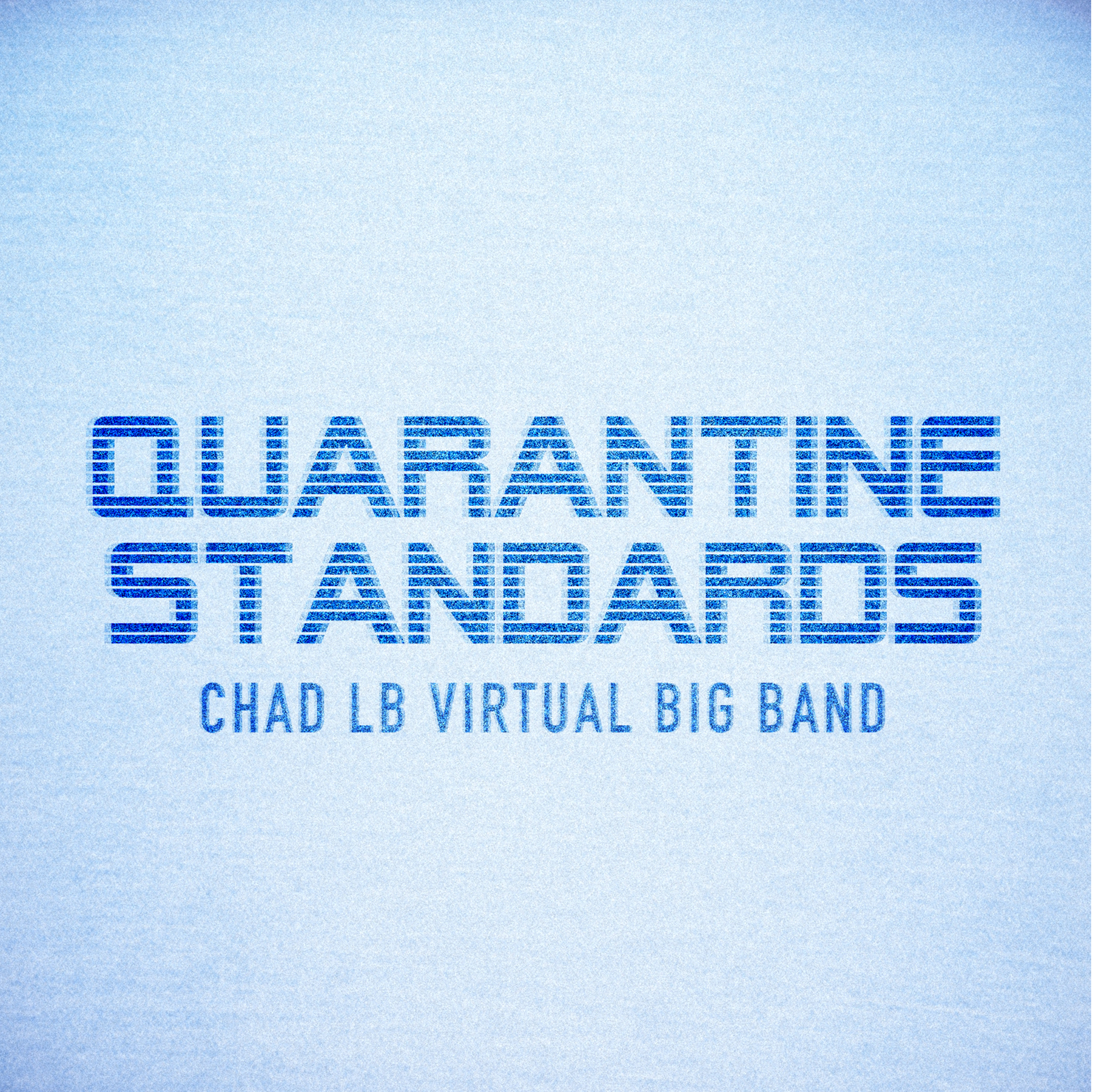 Quarantine Standards, due out August 21, 2020, convenes 18 stellar musicians recorded in lockdown on a thrilling set of classic tunes

Being trapped in lockdown while a global pandemic rages outside is far from an ideal situation for making music. But while the sudden demand for virtual performances has sent many a musician scrambling to upgrade their routers and figure out what to plug into what to stream their sounds all over the world, Chad LB finds himself with a head start in this strange new reality.

The acclaimed saxophonist more tongue-twistingly known as Chad Lefkowitz-Brown has long been a pioneer in reaching audiences through digital means. Gleaning helpful guidance from pop-savvy employers like Chris Botti and Taylor Swift, LB has amassed more than 150,000 followers across platforms like Instagram, Facebook and YouTube, and clips of his band have been known to grab upwards of 20,000 views in a single day.

So LB didn’t need to play catch-up when clubs were shuttered and concert calendars cleared for the foreseeable future. Instead, he decided to make the most of the time he once would have spent traveling the globe and thrilling audiences. The saxophonist’s latest album, Quarantine Standards, found him both realizing a long-held dream and stepping up to a daunting logistical challenge: recording his debut big band session by corralling 18 isolated musicians to create the Chad LB Virtual Big Band.

“I’ve always wanted to do a big band album,” says LB. “I don’t know why, but something about being in quarantine and everybody being stuck at home without much work made me think this was the time. It’s certainly not the ideal circumstances for my first big band project, but it’s nice just to be able to make something happen.”

Due out August 21, 2020, Quarantine Standards playfully riffs on the constantly shifting rules and safety precautions we’ve all found ourselves struggling to keep up with over the last several months of mask wearing, hand washing and social distancing. Jazz musicians, of course, are used to adjusting to changing times; playing time-tested standards is one way to discover personal freedom within well-defined strictures.

“Even though great big band music is full of brilliant improvisation,” LB explains, “there’s an element of large ensemble playing that is by necessity tightly arranged. So while it is a bummer to miss out on the communal element of playing together, I felt like a big band was the most suitable project to take on virtually.”

That didn’t mean that the effort involved to pull off such a feat was any less challenging. Each of the tracks on the album was assembled instrumentalist by instrumentalist, beginning with the bass and proceeding through the remainder of the rhythm section, then onto the lead horns followed by their section counterparts and finally soloists.

A veteran of several renowned big bands over his tenure in New York, including membership in Arturo O’Farrill’s Grammy-winning Afro Latin Jazz Orchestra and stints with the Birdland Big Band and the Jason Marshall Big Band, LB called on his most gifted peers to fill out the ranks of his own powerhouse band. The one exception is baritone saxophonist Sly5thAve, who LB met while on tour with Taylor Swift. Technical savvy also came into play, as each member had to have a home recording set-up sufficient for the sonic standards LB had in mind. Finally, all 18 were filmed for a series of videos that at least visually transforms them into one massed ensemble.

While he may have originally envisioned a project built around his own original music, LB decided on a standards project in order to give the band’s far-flung members a shared language, allowing Feifke’s ebullient arrangements to provide fresh inspiration. “It’s not like we were going to hold an 18-person Zoom meeting to talk through the chart,” the bandleader laughs. “So it was important to have a common ground, a body of work that everybody was familiar with, to start from.”

He and Feifke hardly went easy on the band, however. That’s evident from the intricate arrangement of Coltrane’s always daunting “Giant Steps,” which LB launches with a breathtaking solo flight over the parrying rhythms of drummer Charles Goold. The saxophonist shows his gentler side in a genuinely moving turn on Feifke’s lush take on one of LB’s favorite ballads, “My One and Only Love,” the burnished tone enthralling over the ensemble’s swooning, cloud-like backing. However far apart, the band expertly locks into a simmering funk groove on “Superstition,” prompting a sly, soulful run from LB and an exhilarating drum duel between Goold and Bryan Carter. The perennial “Cherokee” closes the album at a blistering pace, stunningly matched by a whirlwind cutting contest between the leader and altoist Andrew Gould.

The onset of the pandemic this spring disrupted what had been a thriving career for LB. Hailed as a “Sax Phenom” by the New York Daily News, LB has toured globally as a bandleader and with superstars ranging from Chris Botti to Taylor Swift. At only 30 years old, LB has now become one of the first jazz headliners of his generation, amassing a loyal social media fanbase and releasing a series of acclaimed albums, most recently reimaging fusion on Sonic Magic and engaging in a series of musical chairs jam sessions on the star-studded Standard Sessions. He’d recently begun performing as a co-leader with jazz legend Randy Brecker, who had made guest appearance on two of the saxophonist’s leader releases, Onward and Live at The Bridge.

With all of that now up in the air indefinitely, Quarantine Standards allows LB to continue his momentum even during these uncertain times. “It’s disconcerting to not know the timeline for the music business moving forward,” LB laments. “But at this stage in my career I’ve been very fortunate. Personally I’m not sure when the next time I’m going to play live music with other people will be. So it’s been great to find a creative outlet with this project.