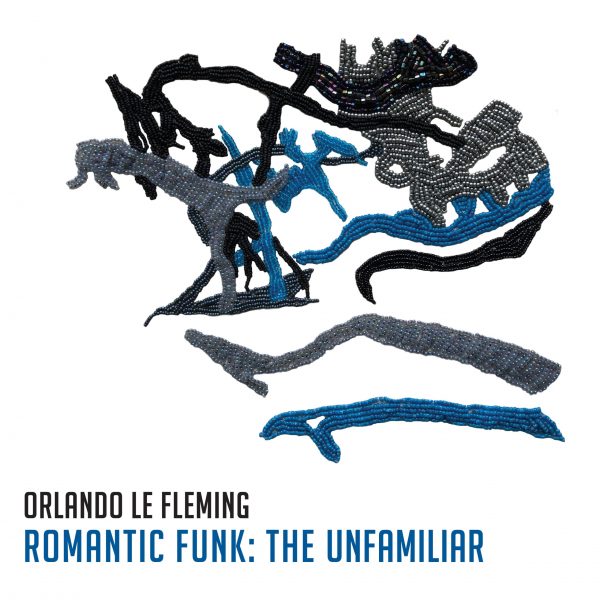 with Romantic Funk: The Unfamiliar

Whirlwind Recordings is pleased to announce the release of bassist Orlando le Fleming’s new recording Romantic Funk: The Unfamiliar. On his Whirlwind debut, the formidable bassist pays tribute to the high-intensity fusion of the 1980’s with an impressive team of top flight players including Philip Dizack on trumpet and Will Vinson on saxophone, Sean Wayland on keys, and drummers Kush Abadey and Nate Wood. Romantic Funk: The Unfamiliar will be available as a vinyl LP, CD and digital download on September 18, 2020.

“Outstanding” is an overused description but one that’s applied to bassist Orlando le Fleming so consistently that its justification can’t be denied. Since relocating from his native UK to New York City, he has thrived in the world’s toughest jazz environment, and brought his inimitable personality to work on projects for the likes of Branford Marsalis, Joey Calderazzo, Kurt Rosenwinkel, Bill Charlap, Billy Cobham, Wayne Krantz, Ari Hoenig, Seamus Blake, Jeff “Tain” Watts and David Sanchez among many others.

As a leader he shines even brighter – his drumless OWL Trio in particular gained plaudits across the board for its hushed, intimate atmosphere. Now, le Fleming unveils a completely different conception; his new release introduces listeners to a new sound and a new band, Romantic Funk. All the compositions are by le Fleming, developed over time at the band’s extended residency at the legendary 55 Bar in NYC’s Greenwich Village, and captured live in the studio. The power and precision of the performances astonishes throughout. Says le Fleming: “In less than two days in the studio, this album was all played live, with very few edits and overdubs. The musicians are of such high quality that the risk taking paid off. For me, the inexpressible magic of the group and moment in time was captured.”

Le Fleming’s tunes showcase his band’s individual excellence and group cohesion. “I’ll Tell You What It Is Later” is influenced by the Miles Davis albums of the late 1960’s and 1980’s. It uses a simple form with minimal chords and an open unrestricted solo section, giving Philip Dizack space to shine. “Phil is a very intuitive, musical player. His choices always seem to make so much sense.” “Waynes” is inspired by le Fleming’s two favourite Waynes – Shorter and Krantz, alternating excitingly between tension and release. Lauded multi-instrumentalist Nate Wood’s drums drive the triplet-laden groove of “The Myth of Progress” and return to thrilling effect on “FOMO Blues” – “Nate’s pocket and language are exceptional, but it’s his all round musicality which is so impressive.” In contrast to the groove-heavy material, “Struggle Session” floats in an effortless rubato over Abadey’s creative percussion “Kush is a rare find. A wonderful, sensitive jazz drummer who understands the aesthetics of swing but can also groove and improvise in rock and funk.” “More Melancholy” features an improvised intro from Wayland, and a stunning statement from Vinson – “I love Sean’s other- worldly note choices and the sounds he builds on his synths. His beautiful free intros are much better, less predictable and more personal than any I could have written. Will’s lyrical saxophone is sublime on this album. Every solo he plays is thoughtful, expressive and captures the mood of the moment.” “Mischievous” is a pure blowing vehicle with an unexpected time change. “We really stretch this one out live, and this version captures that feeling.” Closing track “The Inexpressible” features acoustic bass and another outstanding Wayland improvisation to set up a slow, spiritual groove dedicated to le Fleming’s family.

Says le Fleming: “When I was writing this album, I was very conscious of the improvisational sections being tailored for the specific musicians, allowing them freedom to express their quirks. I encouraged risk taking and tried to make it fun for them without being too much of a control freak. It’s very much a cohesive band, as we workshopped this material at the 55 bar over the last year. The ‘Romantic’ in Romantic Funk is more in line with romantic ideals such as the indefinable, unbounded, inexpressible, unfamiliar.”