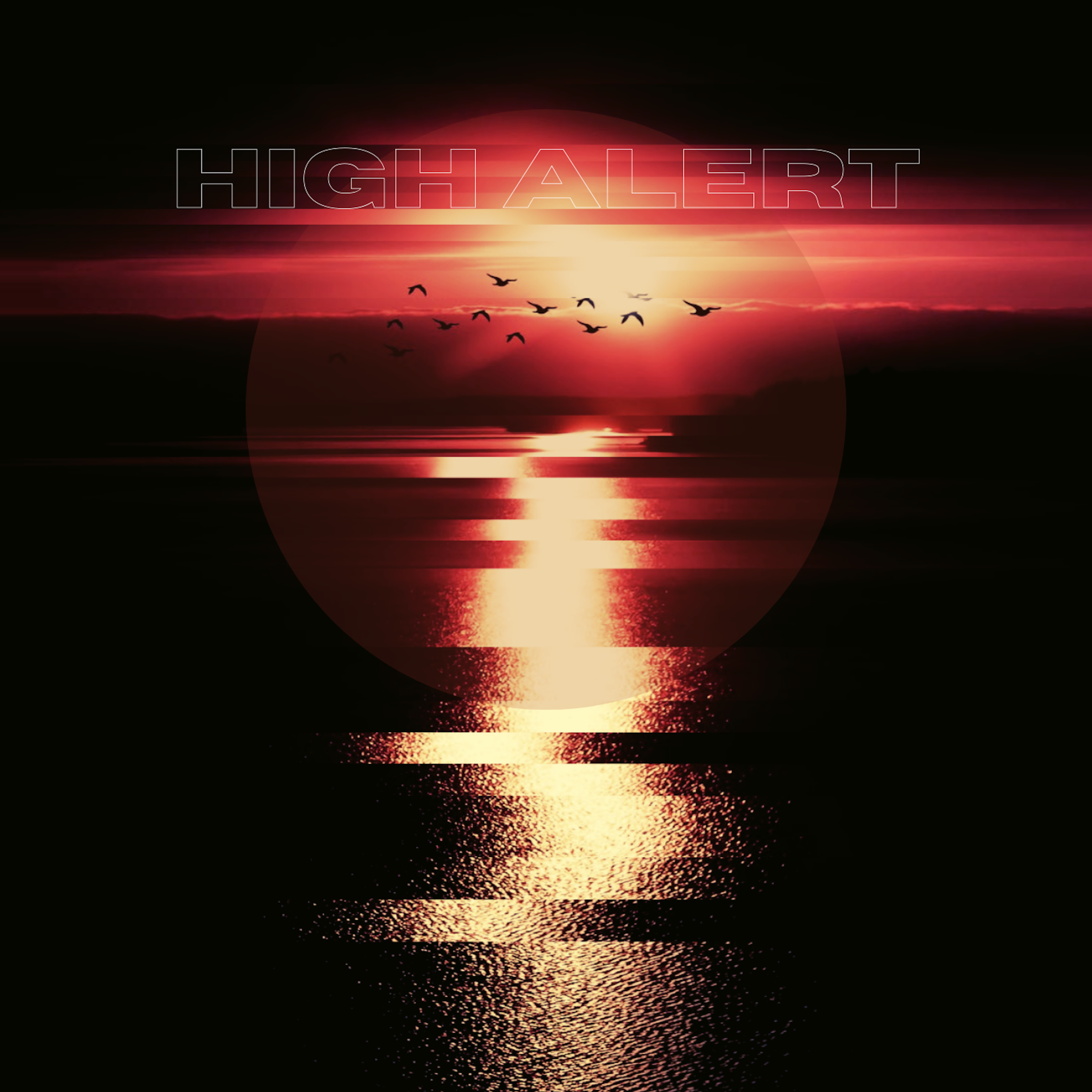 Saxophone luminary Greg Ward is thrilled to announce the release of High Alert, the latest release by his spirited quartet Fitted Shards.  Ward’s fifth album as a bandleader is a follow-up to 2010’s South Side Story and will be released on his own record label, Sugah Hoof Records on August 7th.  Following the critical acclaim of South Side Story, Fitted Shards returned to the studio in 2013 and laid down the three tracks that make up this EP.  A reaction to a harrowing racially-charged event that occurred while Ward was on a 2009 European tour, the evocative material on this release resonates with even more fervor in light of the racial and socio-political unrest inspired by recent events in the United States.  Ward’s saxophone roars alongside the impassioned musings of his steadfast rhythm section made up of pianist Rob Clearfield, bassist Jeff Greene, and drummer Quin Kirchner.

It was in the spring of 2009, while on tour with Mike Reed’s People Places and Things, that Ward would be confronted with a situation that would leave a lasting impact on the bandleader.  This terrifying encounter began while the band was in transit from Budapest to Krakow.  Tricked by a train conductor into getting off at the wrong train stop, the band found themselves stranded, for some time, in the city of Prerov at the epi-center of where a large Neo-Nazi rally was taking place.  Surrounded on all sides by the explosion of bombs, the throwing of rocks and the chaos of rioting, the band runs for their lives.  Boarding a train that would take them out of the country, the band is confronted by the neo-nazis who chased the musicians through the train, held them up against a wall and told them to “get out of their country”.  Narrowly escaping a physical altercation, the band was escorted by a SWAT team to Poland where they were free from harm.  Further chronicled in a Jazz Night in America feature, this event inspired the compositions on this EP and the passion with which the music was performed.

The EP begins with the title track “High Alert”.  Sirens begin this fiery composition, setting the intensity for the piece.  The track is rife with impassioned melodic intrigue, every note eschewing vehemently from Ward’s horn like a visceral reaction to the hysteria and fear of that fateful day in the Czech Republic.  The rhythm section falls into a muscular groove while Ward displays a stunning facility for melodic invention, ascending into altissimo and driving the dynamics of the track.  Symbolizing the bandleader’s initial reaction to being thrust into a violent, hate-filled environment.

The second track, “Dogfight” depicts the chaotic scene of the riot in Prerov; scenes of bombs exploding, people fleeing and police beating people with their batons.  The track features a call-and-response between Ward and Clearfield demonstrating an almost telepathic musical connection between these two master musicians; a true connection.  With the EP’s final track, “To Know Peace”, Ward raises the question “Has there ever been a time that we have known real peace?”  The track also reflects the resolution of the day; the feeling of arriving in Poland – the feeling of survival.  A departure from the bright-tempoed, aggressive nature of the first two compositions, “To Know Peace” builds off of a piano ostinato taken at a relaxed tempo.  Ward’s horn swims over his accompaniment with ease, like the thoughts of a mind at rest.  The final question that Ward raises in association with this track reflects the sentiments of many people living in times of tension: “What could it be like if we were in a place where we could all work together, live together, and help each other?”

Greg Ward’s High Alert serves as a document of an encounter with true hostility, and perhaps as a warning message for our country as we navigate through a period of violence, unrest and intolerance.