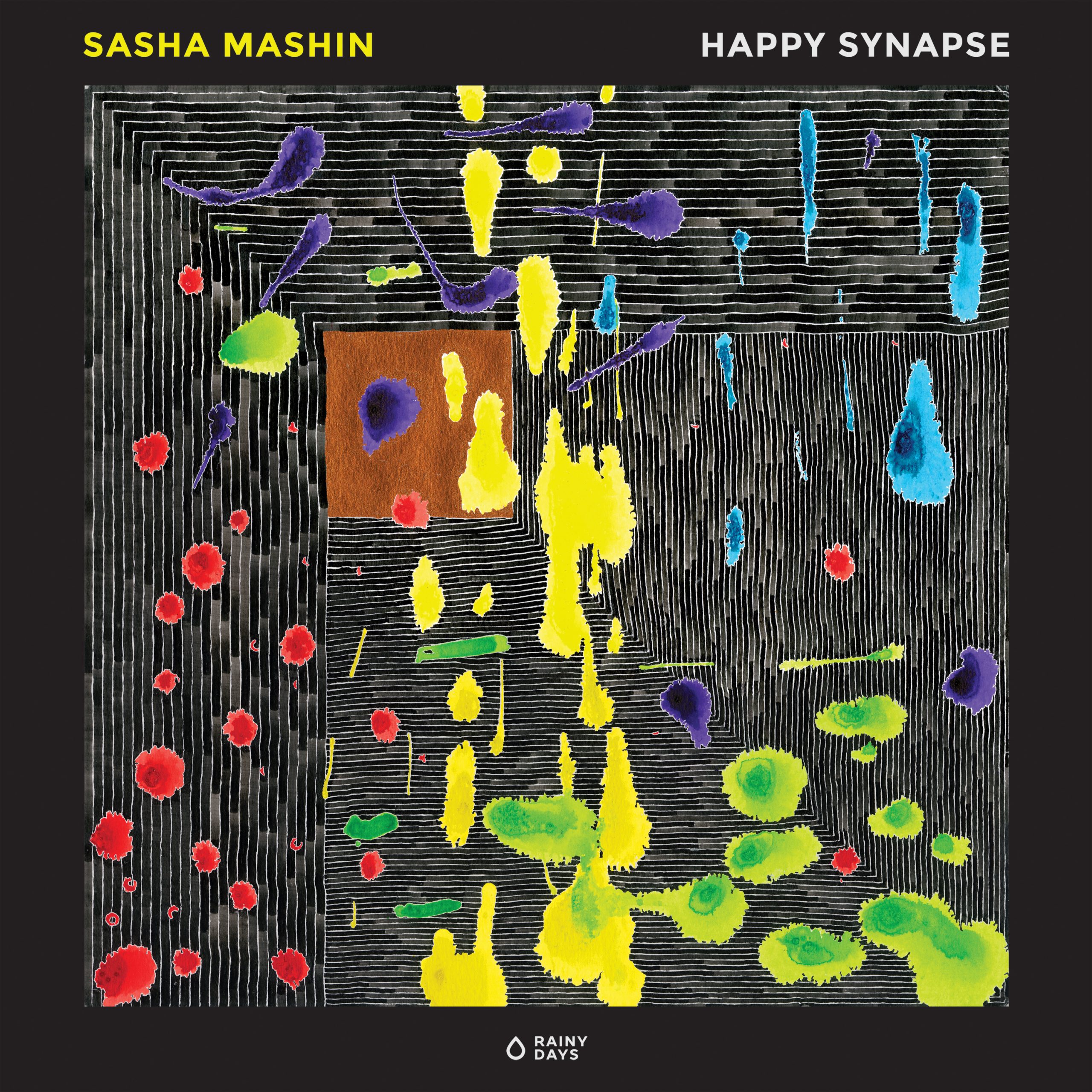 Richard B. Kamins, Step Tempest
Are you still mourning the passing of pianist McCoy Tyner? Do you miss the sound the pianist’s 1970 albums for both Blue Note and Fantasy?  May I draw your attention to “Happy Synapse“, the second album on Rainy Day Records by drummer Sasha Mashin. Mashin, a resident of Moscow, Russia, gathered a mighty sextet with fellow native musicians Dmitry Mospan (tenor saxophone) and Mikan Novikov (acoustic bass) plus Rosario Giuliani (alto saxophone, from the Veneto region of Italy), Benito Gonzalez (piano, from Venezuela, now in NYC), and Josh Evans (trumpet, born in Hartford, CT).  Everyone but the bassist and drummer contributed two pieces to the album (which is split into “1” and “2″ on Bandcamp, iTunes, and from other suppliers)

The power in this music comes from the leader who drives each tune as if he were driving a race car through the streets of Moscow. The album opens with a drum solo before the pounding piano chords take the sextet into the theme of Giuliani’s “The Hidden Voice” –– Mashin pushes the band in the style of Art Blakey and Jeff “Tain” Watts. Gonzalez’s solo harnesses that power and blazes forward before Mospan jumps in and flies away. “Incantation“, one of the three tracks on the collection that clocks in near or above 13 minutes, opens with a fiery bass solo. When Novikov drops into a circular bass line, the band enters playing Mospan’s composition and its echoing voices.  The composer’s powerful tenor solo leans more to Coltrane as he piles up phrase-upon-speedy phrase, setting quite a high bar for those who follow. Evans is more than up to the task before Gonzalez enters and rides the powerful waves of sound generated by the rhythm section.

Evans contributes the most Tyner-ish piece, the delightful “Sulieman Saud” that opens disk 2.  The pianist states the opening theme before the reeds and trumpet enter with a fascinating, if a bit dissonant, second theme. Gonzalez produces a tremendously playful solo giving way to solos from Mospan followed by the composer (his most playful spot as well).  The drummer takes a turn supported by the thunderous chords and booming bass.

The album closes with the longest track (13:19), Giuliani’s “The Hidden Face of Stars“, its rubato opening giving way to a modified Latin and Blues groove. The theme is a call-and -response between the “front line” and the piano. The sextet takes its time working through lengthy melody section but then they move easily into the solos. Evans goes first and creates a fascinating story moving in and around the beat and the insistent and exploratory piano chords. Mashin sounds busy beneath him but he’s really stroking the fire as he does throughout the album.

An album as boisterous as “Happy Synapse” deserves to be heard, to be listened to loud, and, in a less panic-stricken, to be heard in person. The only overt political statement about the album is how this American art form, Creative Black Music, stealthily has made inroads into Eastern Europe, the Middle East, the Far East, and just about everywhere.  Sasha Mashin and his international sextet play this music with enthusiasm, with joy, and abandon –– enjoy the ride!

For more information, go to sashamashin.com. To hear more of the album and to purchase the two distinct releases, go to https://rainydaysrecords.bandcamp.com/album/happy-synapse-part-1.

In the meantime, give a listen: