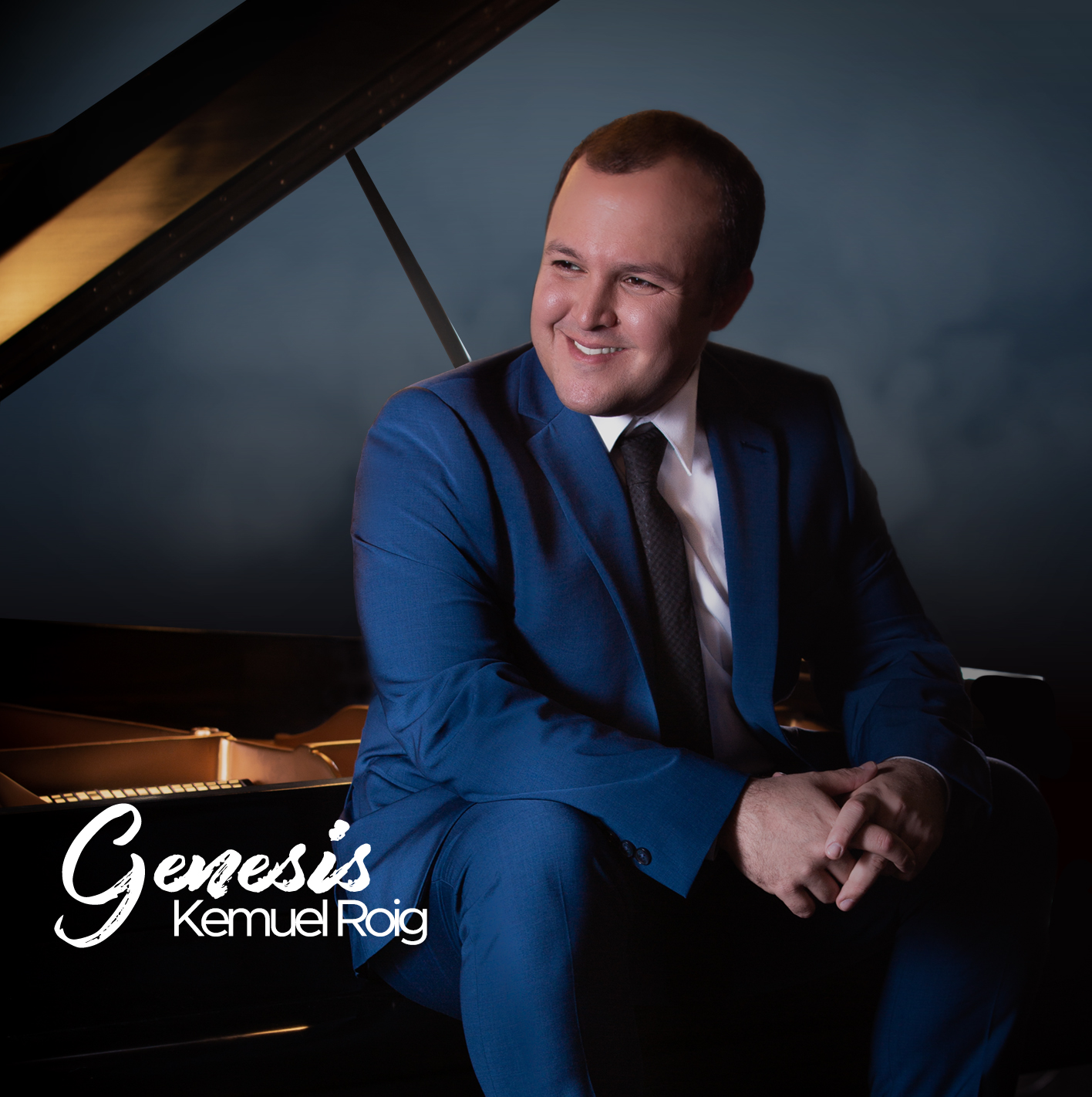 Genesis is a highly personal recording for Kemuel Roig, who came to the United States at 12 years old in 2002 from Camaguey, Cuba. Many years in the making, the project is Roig’s personal reflection of this relocation. “Genesis demonstrates the journey of my life thus far and is a testimony to a life spent learning about the music that I love and respect deeply: jazz.” The album title is meant to be taken literally, as the album showcases Roig’s Cuban roots and traditions.

While Genesis is Roig’s first official jazz recording, he is far from a newcomer on the scene. Over the course of his 18 years in Miami, Roig has established himself as a first-call pianist and arranger whose resume boasts recording sessions and live dates with Al Di Meola, Isaac Delgado, Brian Lynch, Giovanni Hidalgo, and Aymee Nuviola, among others. After releasing four previous works that were well received in New Age and Christian music circles, Genesis is his most fully realized project to date.

Upon listening to Genesis, listeners are treated to nearly a biography of Roig, who penned seven of the ten compositions. Randy Brecker makes a guest appearance on “Conversation”, one of Roig’s most well-loved songs and one that he frequently features in his live performances. “Kendrick (Blessed Child)” is a tender Bolero written almost immediately after the birth of Roig’s son. “Midnight Impromptu” is a dazzling interlude to “Cafe con Leche”, an ode to his native land. Beginning as a Cha-Cha-Cha, this catchy earworm develops into a Son with a piano tumbao.

Many of Roig’s compositions are inspired by christianity. The title track, “Genesis 41 (Recurring Dream)”, was inspired by Joseph, the “dreamer whose dreams always has special messages from God”, while the cinematic “All For You” is Roig’s personal dedication to God featuring orchestrator Milton Sesenton. “The Prayer” features vocalist Joel Hernandez and is Roig’s closing dedication to God.

Roig carefully selected the three non original songs; each of which represent a pivotal part of his musical development. “All God’s Chillun Got Rhythm”, features Latin GRAMMY winning tenor saxophonist Ed Calle and the powerful sounds of Mercy Brass. Roig fondly remembers the first time he heard Bud Powell perform this Walter Jurmann tune: “I was fascinated by how Mr. Powell performed this musical jewel, and I was fixated by his phrasing and the shape of his chords in the left hand. I ran to the piano to transcribe it immediately.” Roig pays tribute to his musical hero with this selection, reimagining the tune as an Afro-Cuban exploration.

“Pare Cochero” is a direct reference to his Cuban roots as it is a classic composition that is universally known by Cubans everywhere. Featuring iconic Cuban trumpeter Julio Padro, singer Alain Perez and again, Mercy Brass, “Pare Cochero” demonstrates the danzon and evolves through son cubano, a style that comes from a blend of Spanish and African origin to the modern edge of Timba. Roig’s treatment of “Inner Urge” features Chris Potter and is performed on Genesis in an Afro-Cuban 6/8 feel.

On Genesis, Kemuel Roig not only pays tribute to God, but to the many musical heroes that have helped him along the way. “I honor the musicians I have been blessed to meet in person and am grateful for those I have spent innumerable hours listening to and analyzing over the years. This project is for you.”