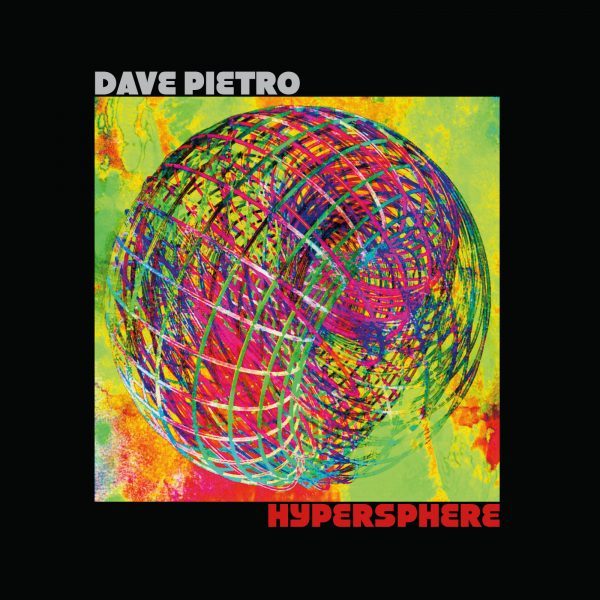 Luminary Saxophonist, Composer and Music Educator Dave Pietro is excited to announce the upcoming release of his new album Hypersphere on ArtistShare.  Out August 7th, Hypersphere pulls from a multitude of different idioms within the jazz landscape to create an enthralling meditation on modern existence.  Pietro explores themes of love, interconnectedness, truth and prayer on Hypersphere’s eight stellar tracks.  Alongside the saxophone great is an ensemble made up of the upper echelon of modern jazz including Alex Sipiagin on trumpet and flugelhorn, Ryan Keberle on trombone, Gary Versace on piano, Johannes Weidenmueller on bass, Johnathan Blake on drums and Rogerio Boccato on percussion.

Written by Pietro over the course of the past few years, Hypersphere represents the artist’s reflection on the modern human experience.  The album’s title refers to the multiple spheres of our lives that humans must juggle at once, leaving us ultimately feeling unsettled, stressed and unfulfilled because we are pulled in so many different directions.  This recognition of the human spirit’s quest for peace amidst chaos is coming to fruition in a particularly turbulent time for the United States and for the World.  Pietro says in his liner notes written in April 2020 “The experience of living in quarantine, slowing down and simplifying my life, has made the message of this CD that much more meaningful to me…The music of this CD addresses some of the life dimensions that all of us must negotiate during our time here on this sphere called Earth.

“Kakistocracy”, the opening track of this release, contemplates the social structures that we must live under, particularly our government, and the 24-hour cable news din that accompanies it.  This ensemble piece features stellar solos from the bandleader and his personnel.  Rife with melodic intrigue, trombone virtuoso Ryan Keberle’s velvety tones soar over the rhythm section’s unshakable groove.  Drummer Johnathan Blake exhibits stunning interplay behind the soloists on this piece, and takes the final solo; a masterclass in rhythmic acuity and invention.

The album’s second track, “Boulder Snowfall” captures a wintry snow scene happening outside of a window in Boulder, Colorado.  Pietro reflects “As I finished composing this piece, it also seemed to take on my thoughts of the precarious relationship we now have with nature, as human beings push the Earth’s resources to its limits.”

Dedicated to his wife, “Gina” is described by Pietro as  “a piece that characterizes love, intimacy, relationship, compassion and devotion.”  Gary Versace is featured on the Hammond B3 Organ on this piece with a wonderful, sultry melodic invention at the song’s beginning, giving way to a supple horn counterpoint melody.  The album’s title track “Hypersphere”, fitting to the title, is a beautiful ball of complexity; an uneven terrain of shifting time signatures and tonal centers on which the soloists gracefully traverse, symbolizing the human effort to find a groove and flow in our lives over an ever-changing landscape.  Right out of the gate, trumpeter Alex Sipiagin demonstrates his stunning facility on the horn, followed by a masterful improvisation by Pietro, guiding the listener on this journey.

“Incandescent” is the composer’s personal homage to Maurice Ravel; a piece that “portrays our relationship with the past, and those who have inspired us.”  Pietro indicates “On my last CD, New Road: Iowa Memoirs, I adapted two melodies from the second movement of the Ravel String Quartet.  After composing “Incandescent” I realized how much my studies of Ravel’s music had influenced me.”  Listeners will denote shades of Ravel’s beautiful impressionistic musings in this celebration of the great 19th and early 20th century French composer.  Rogerio Boccato’s percussion-work adorns the track, heightening the intensity and dynamics of the ensemble.  “Quantum Entanglement” refers to the independence of all things.  Pietro remarks “Every one of us is shaped by the universal law of cause and effect, and is a sum total of the interactions and experiences of our lives.  This tune exhibits several different musical influences that I have had throughout my career, which have now become entangled in my heart and mind.”

As we have found throughout the unfolding of recent tragic events, the search for truth can be a daunting and confusing endeavor.  “Tales of Mendacity” reflects upon this search and, more specifically, the power of our voices to raise people up or tear them down.  The album’s final track “Orison”, which is an archaic word for prayer, opens up with a beautiful, contemplative bass solo from veteran bassist Johannes Weidenmueller.  As Pietro states “We all have the need to try and understand what the higher meaning of our existence is and how we connect with something that is greater than us.”

With a repertoire of gorgeous compositions and a personnel hand-picked from the very frontline of jazz, Dave Pietro has created a powerful rumination on the human experience in a time of complexity and unrest.