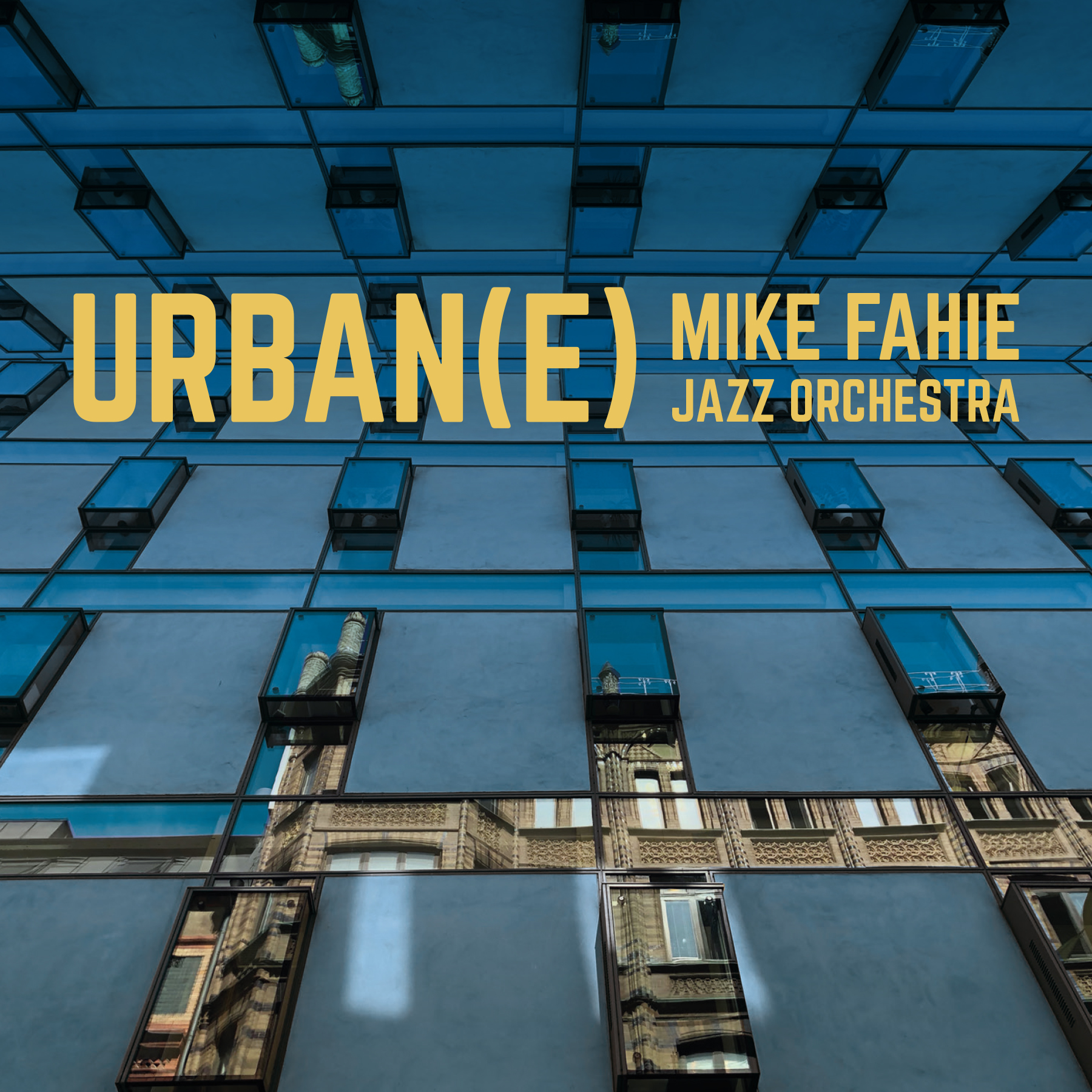 Out August 28th on Greenleaf Music

New York City-based Jazz Trombonist/Composer Mike Fahie is excited to announce the newest release from his steadfast large ensemble, the Mike Fahie Jazz Orchestra.  The bandleader, who also holds his tenure as one of the most in-demand sidemen in New York City, presents Urban(e), a new album that grew out of a singular notion – the marriage of the classical and jazz idioms.  The artist’s stunning arrangements celebrate the cross-pollination of these two styles, fusing them into one cohesive sound.  Alongside the trombonist and composer is a winds section made up of saxophonists Aaron Irwin, Anton Denner, Chet Doxas, Quinsin Nachoff, and Carl Maraghi; trumpeters Brian Pareschi, David Smith, Sam Hoyt, Brad Mason; trombonists Matthew McDonald, Nick Grinder, Daniel Linden, and Jennifer Wharton; guitarist Jeff Miles; pianist Randy Ingram; bassist Pedro Giraudo and drummer Jeff Davis. Urban(e) will be available on all platforms on August 28th on Greenleaf Music.

Urban(e) represents over 200 years of musical invention, interpreted through a jazz lens including subtle undertones of blues, rock and soul in its seven tracks.  On this release, the incredibly dynamic Mike Fahie Jazz Orchestra interprets well-known works from the classical repertoire such as Puccini’s “Nessun Dorma” and Stravinsky’s “The Firebird”.  Fahie notes “I have always been a musician who loves both jazz and classical music, who takes the idea of playing both seriously.  This was a chance to really develop that part of me as a player and as a writer.  It came out so wonderfully – these amazing musicians breathed so much life into the music, it transcended my dream.”

The album begins with “Prelude op. 28 no, 20” by Chopin.  This composition, conceived by Chopin in 1839, is dubbed the “chord prelude” because of its progression of chords at a quarter note harmonic rhythm.  The arranger knew that a piece based on chords would be ripe for jazz interpretation.  Fahie began by orchestrating the prelude itself, then doubled the tempo twice and wrote a new melody based on Chopin’s harmonic progression.  The piece ends with a tasteful, modern ostinato vamp, going far to bring the third stream-style into 2020.  The album continues with a tender rendition of “Nessun Dorma”, perhaps one of the best-known arias ever written.  The piece features tenor saxophonist Chet Doxas and brings harmonic intrigue and thoughtful dynamics to Puccini’s masterwork.

The third track on Urban(e) features excerpts from Igor Stravinsky’s classic “The Firebird”.  While The Firebird is, of course, a ballet with its own story, but in this rendition of Stravinsky’s seminal work, Fahie developed his own narrative.  “The original firebird is a protective spirit, but mine is more of a dragon!  The piece starts with a slow sunrise, with the Firebird, played here by Randy Ingram’s piano, waking up after a millennium and singing her plaintive song.  She then calls up the chorus to join her and repeats her song, showing off all her pretty scales and flashing claws.  Then, the hunger of a thousand years sets in and she goes to hunt.  The melody changes modes, and is taken over by the hungry saxophone of Quinsin Nachoff.  Her hunger sated, she settles her limbs and calls out in loneliness.  Jennifer Wharton with her tuba joins me on the euphonium and we sing the otherworldly Firebird’s lament.  Stravinsky’s epic finale is recast as a glorious battle with gnashing teeth and plumes of fire as the tale ends with the wondrous creature flying off victoriously into the distant sunset.”

“La fille aux cheveux de lin from Préludes, Book 1 (The Girl with the Flaxen Hair)” is an impressionistic Debussy solo piano piece from the early 20th century, here arranged for a large ensemble.  The piece displays the remarkable interplay and dynamic sensibility of the Jazz Orchestra.  Fahie takes a masterful solo over the changes, displaying his melodic invention and facility on his instrument.  “3rd Movement, String Quartet #1” by Béla Bartók represents the inclusion of 20th century compositions.  Fahie notes “with his beautiful and quirky melodies, angular harmonies and definitive rhythmic language, there’s lots of material to work with.  I listened to all 6 string quartets and when I settled on this one, the arrangement nearly wrote itself!”  The album’s penultimate track “Allegro Con Grazia from Symphony #6” is Fahie’s interpretation of an 1893 Tchaikovsky symphony.  The track unfolds gradually, emanating from a simple melody.  Aaron Irwin and Nick Grinder take stellar solos on this contemplative theme.  The album concludes with “Seufer, Tranen, Kummer, Not” from Cantata BMV 21 by Johann Sebastian Bach.  The piece is an exploration of color and timbre, developing upon Bach’s interplay of melodic lines.  The name of the track translates to “Sighs, Tears, Anguish, Trouble”; the outward drama is adapted to fit the magnitude of this sensational  ensemble.  Fahie remarks, “we use modern harmonies and the full range of the jazz orchestra to stretch the emotion from heartbreak to denial, rage and a spiral to madness!  We return to Bach’s beautiful writing to wrap up with a calming acceptance.

He is also an in-demand sideman in New York City, playing with many highly recognized groups.  He is the lead trombonist of Darcy James Argue’s Secret Society, a three-time Grammy nominated ensemble.  He is the principal trombonist of the Gramercy Brass Orchestra of New York, and a member of the Gramercy Brass Quintet.  He is also a regular member of the Pedro Giraudo Jazz Orchestra, the Gregorio Uribe Big Band, and the Dan Pugach Nonet.

Mike was a finalist for the prestigious Thelonious Monk International Trombone Competition, and was the first ever Canadian Fulbright Scholar in jazz.  He is also a dedicated educator, and is the jazz trombone instructor at the New England Conservatory in Boston.