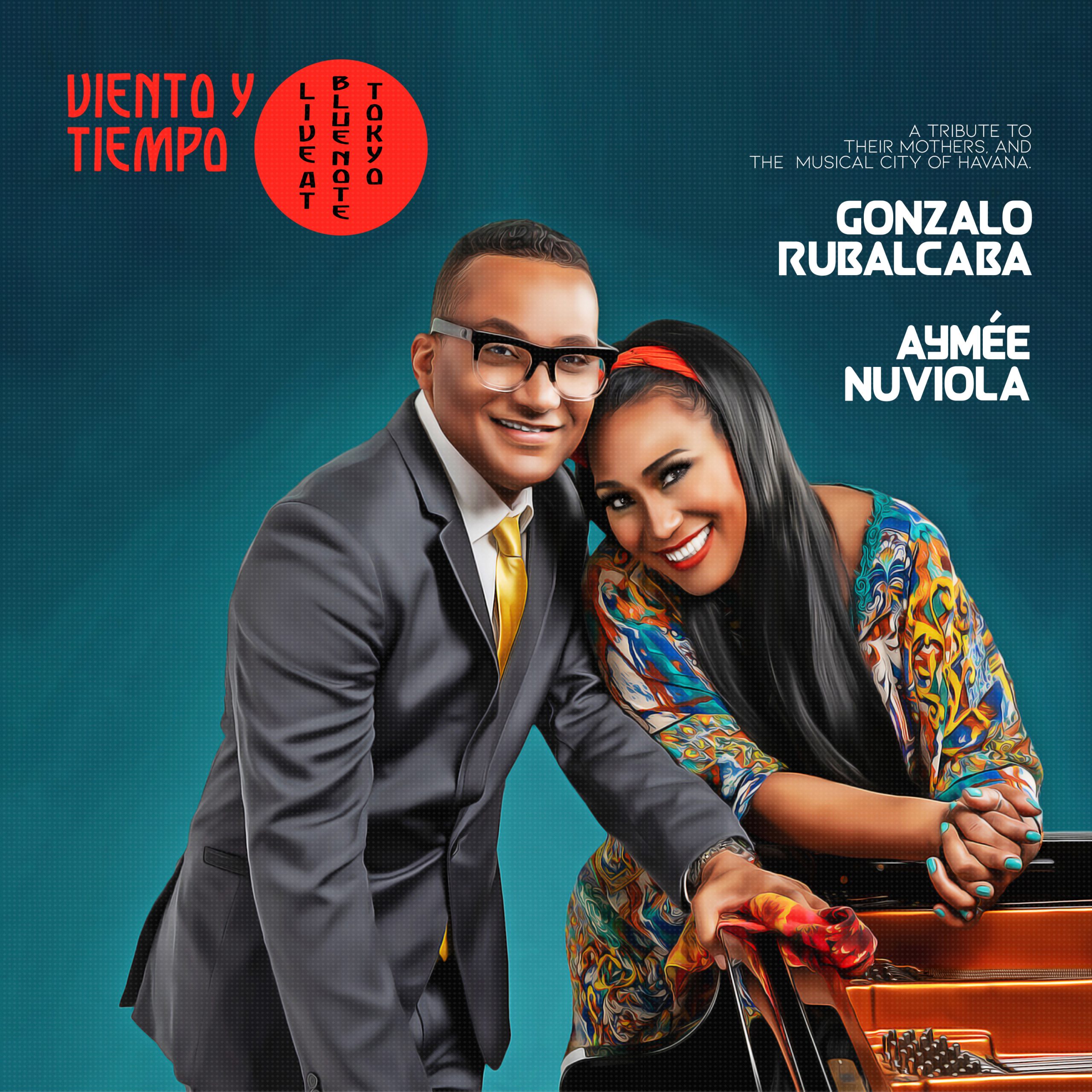 Fulfilling a longtime dream of working on a project together, award-winning artists Gonzalo Rubalcaba and Aymée Nuviola release “Viento y Tiempo – Live at Blue Note Tokyo.” Childhood friends from Havana, Cuba, who have both received widespread acclaim for their work, joined forces for this live album recorded during the pair’s six-night sold out stint at Tokyo’s prestigious Blue Note Tokyo on August 2019. Available as of May 29, 2020 on all music platforms by their label Top Stop Music, the album was produced by Gonzalo Rubalcaba and Gregory Elias.

Both from Havana, Cuba, Gonzalo Rubalcaba and Aymée Nuviola have been friends since childhood. Finally, after years of planning and preparation, these two consummate artists come together to produce a work of true artistic significance. This firey new release features unique renditions of Cuban classics such as “El Manisero,” “Bemba Colorá” and “Lágrimas Negras”, as well as an original composition by Nuviola, “Rumba Callejera,” which features her sister Lourdes Nuviola.

Earlier this year, the artists teased their collaboration with the release of the single “Azúcar Pa’ Tu Café,” song that blends Tropical Latin Jazz with Funk, and features a special appearance by Cuban artist CimaFunk.

“It brings me joy, satisfaction, melancholy, and pride to hear this project. It’s brought on by many things: the grandness of Aymée, the place and its inhabitants, the band, the loved ones and business partners present, and the awakening of memories now converted to a wish to see my mother & other loved ones dance to this music that had already existed then and continues to flourish now. Thanks to the music!” said Gonzalo Rubalcaba on this new project.

“Viento y Tiempo” is a childhood dream come true. In a way, it’s telling our mothers, who are no longer with us, that their efforts weren’t in vain, and that those two kids that they fought for are still united. It’s a tribute to the music that flows through the streets of Havana which we grew up with. I thank God and Top Stop Music’s visión for making this dream a reality,” said Aymée Nuviola.

Rubalcaba is a virtuoso musician considered one of the leading artists in Afro-Cuban jazz. He has received worldwide acclaim from outlets such as the Wall Street Journal, NPR, Downbeat, the Chicago Tribune, and others. He has been nominated for 16 GRAMMY® and LatinGRAMMY®  Awards and has won two each.

Nuviola, who has been nicknamed “La Sonora del Mundo,” has effectively fused Timba, Jazz, Son and Salsa, with led to Fer winning the GRAMMY® award for Best Latin Tropical Album in 2020 fr her most recent release “A Journey Trough Cuban Music”; and in 2018, she won the LatinGRAMMY®  for Best Tropical Fusion Album, for her album “Como Anillo Al Dedo.”