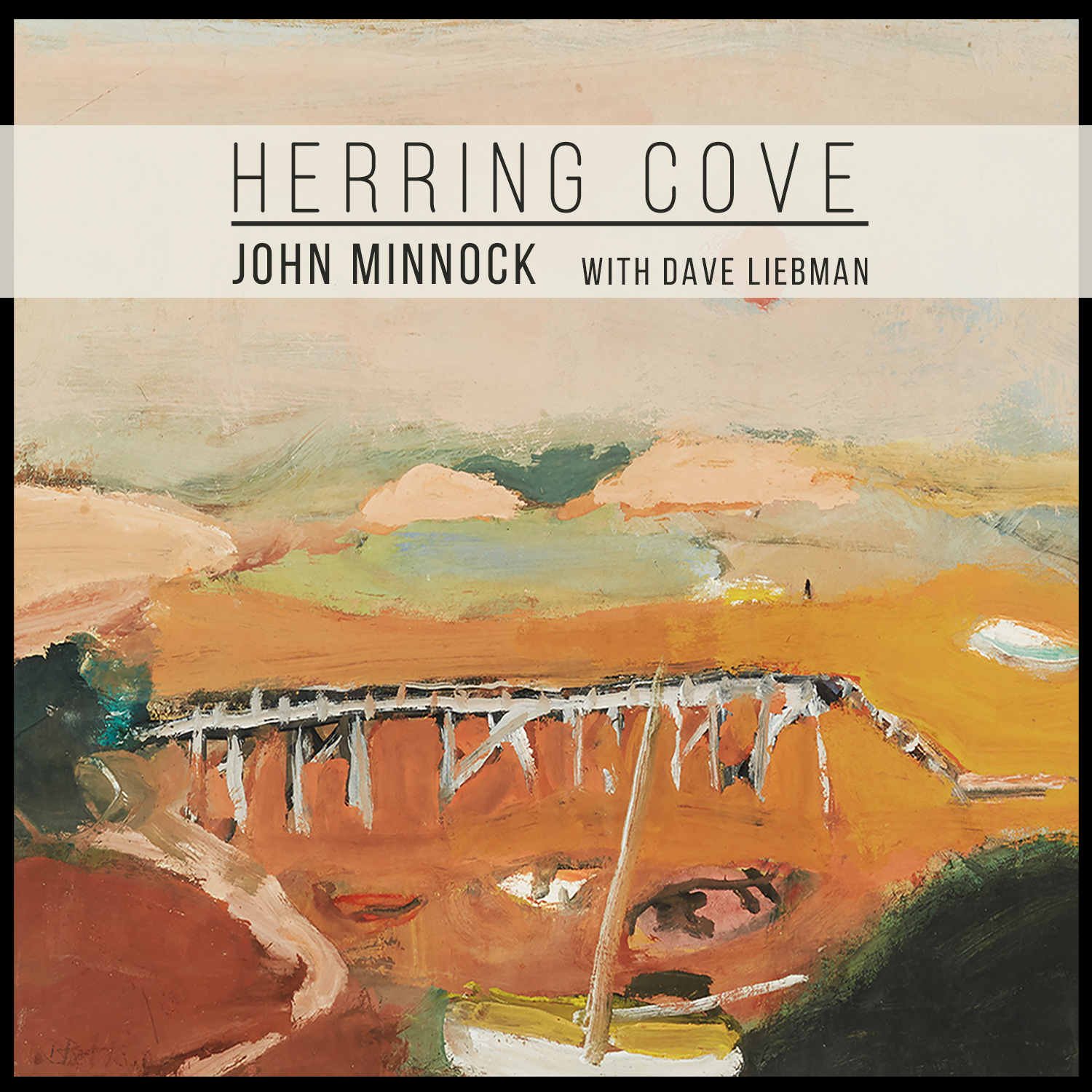 John Minnock’s third release as a leader, and debut recording for the GRAMMY nominated Dot Time Records, is Herring Cove. Due to be released on June 5th, Herring Cove pairs Minnock’s signature tell-it-like-it is wit with introspective lyrics to paint a dynamic and compelling portrait of contemporary gay life. For this monumental recording, Minnock brings together two indisputable musical masters: NEA Jazz Master saxophonist Dave Liebman, who steps into the role of executive producer, and decorated composer and songwriter David Shire, who contributes an original new song. Filling out the rest of the set are six original compositions, co-written with Minnock’s friend and lyricist Erick Holmberg, and four stirring cover songs. Joining Minnock is his usual outfit including pianist and Musical Director Enrique Hanenine, bassist Carlos Mena and drummer Pablo Eluchans. The release of Herring Cove is planned to be celebrated at Feinstein’s/54 Below in New York City on September 9th at 9:30.

Herring Cove follows the release of his 2018 sophomore album Right Around The Corner, which propelled the New York native to new heights. Over the course of nearly ten years, Minnock has made his mark on the nightlife stomping ground of NYC at locales such as The Metropolitan Room, The Triad Theater, Don’t Tell Mama, and recently, the legendary Feinstein’s/54 Below. The Winner of the 2019 NYC Readers Jazz Award for Best Male Vocalist (cosigned by Hot House Jazz Magazine and Jazzmobile), Minnock has long captivated audiences with his unique retooling of the Great American Songbook through the eyes of a contemporary gay man.

Minnock ups the ante on Herring Cove both musically and conteptually on what is, in essence, a heartfelt exploration of the contemporary gay experience. The album sets the stage with its name; Herring Cove is a predominantly gay beach in the LGBTQ epicenter Provincetown (part of the Cape Cod National Seashore in Massachusetts and known colloquially as “P-Town”). Herring Cove is a site of great beauty but also sadness: it was the favored spot of writing partner Erick Holmberg and his late partner Bruce Beckles, who passed away from complications from AIDS in 1994. The title track tells this powerful, and sadly, familiar story while honoring his memory, along with all those that have passed.

The original compositions that make up the album illustrate a tapestry of gay experiences: “Tell Him I’m Fine” tells the all-too-common story of a breakup within a friend group, while “A Melody” is a love song styled in the vein of classic jazz standards like “Stella by Starlight” and “Laura.” “Unconditional” was written for a recently out boy disowned by his family for being gay (with proceeds from the song to be donated to The Ali Forney Center in NYC, which is the largest LGBTQ community center dedictaed to helping homeless youth in the United States), and “Kansas City” turns the ‘traveling to a new city’ trope on its head as it changes the intention from ‘just movin’ on,’ to seeking a place where one can be accepted for who they are. “Now There’s You” is a beautiful celebration of friendship that features Deborah Lippmann. While Lippman is known as The ‘Celebrity Manicurist‘ with a world-famous eponymous nailpolish line, she is also an accomplished singer. The unique connection between gay men and straight women is well documented in gay theory and pop culture. While these bonds are usually formed relatively early in life, Minnock and Lippman uniquely came together during their adult life. Enrique Hanenine and Holmberg wrote this one in observation of their special bond. A footnote: in this song, Minnock mentions The Saint, one of New York’s most famous gay nightclubs of the past. Before that, it was the iconic Filmore East.

While Herring Cove is certainly a jazz recording, it pulls threads from the cabaret world. This is perhaps most exemplified by the participation of both Dave Liebman and David Shire. For their second recorded engagement together,  Liebman is not just a featured musician, but also the executive producer and arranger of three tunes including the two standards “Stardust” and “On Green Dolphin Street.” Working with Liebman in the studio was “a masterclass” said Minnock, adding: “I don’t believe there is any other single person in jazz today who has his level of experience and knowledge. We started with an individual meeting where he listened to every single idea, and the reason behind each and every one. And the musical and thematic discussions continued all through the studio sessions. As a gay man who went through years of denying and hiding, to have this opportunity for expression leaves me astounded.”

David Shire is a music industry legend and EGOT nominee with a GRAMMY and Academy Award to his name. His illustrious career includes countless scores for Broadway, Off-Broadway, film and television works plus a close association with Barbra Streisand. On Herring Cove, Minnock presents Shire’s Oscar-winning song “It Goes Like It Goes” from the film Norma Rae, with lyrics by Norman Gimbel in addition to an original composition written exclusively for this project. And Mr. Shire provides here a wonderful foray into jazz. Inspired by the fight for marriage equality, “After All These Years” sums up the experience of an LGBTQ couple finally being able to legally marry after being together for several decades. On Shire, Minnock says: “The association with David Shire is the thrill of a lifetime. I’m a super-fan, and long been an admirer of his music and especially the film scores. And, I have been able to lip-sync ‘Don’t Rain on My Parade’ with 100% accuracy, stage or film version, since college. Imagine the thrill of performing an original piece, music and lyrics, by Mr. Shire.”

Of course, Herring Cove would not be complete without the inclusion of a gay anthem. Minnock completely reimagines the Cher hit “Turn Back Time” as an ode to her and the many other gay cultural icons that have empowered LGBTQ people for decades. Music has always played an integral role in modern gay life (recall the long-standing suggestion that the Stonewall riots were partially a response to the death of Judy Garland). On Right Around The Corner, Minnock paid tribute to Garland with “Get Happy” – here he continues the trajectory toward the modern day experience with contemporary icon Cher.

On Herring Cove, John Minnock offers a much needed and oft-overlooked perspective to the jazz audiences. “My hope is to musically express myself with honesty and integrity; something I feel can be done best in a jazz setting. I hope that this new project offers listeners a greater

understanding of the LGBTQ community, and most importantly, that they like what they hear!”

The cover of ‘Herring Cove’ features the painting “Bridge at Provincetown” by Boston-native painter Henry Botkin (1896 – 1983). Botkin was cousin and friend to George and Ira Gershwin. Photo of John by Leslie Farinacci.