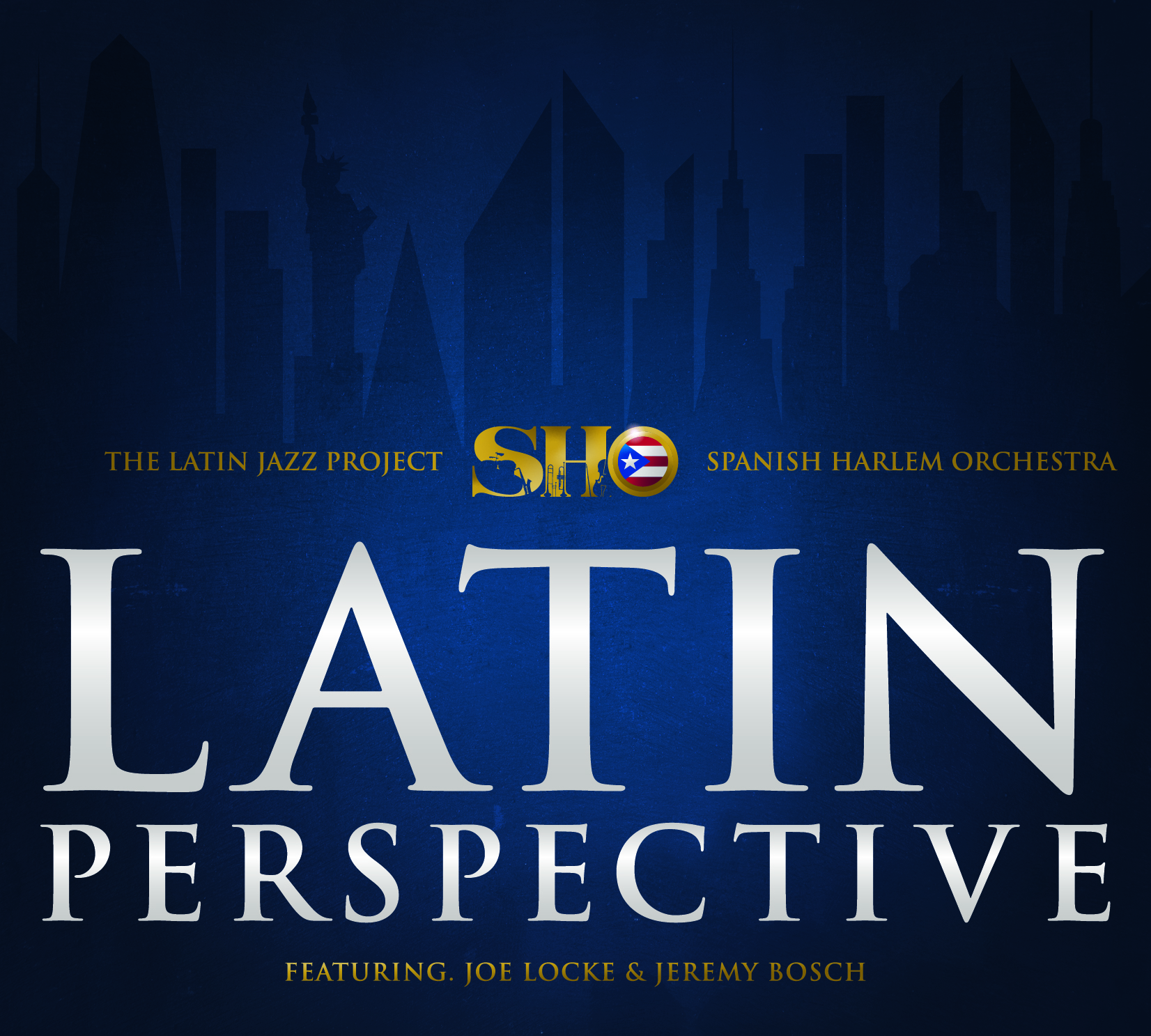 “Latin Perspective” is the first single off of Multi-GRAMMY® Award Winning Spanish Harlem Orchestra’s forthcoming release The Latin Jazz Project. Extraordinary vibraphonist and jazz luminary Joe Locke joins SHO vocalist and flautist Jeremy Bosch on this spirited new composition by Musical Director Oscar Hernández. “Latin Perspective” is the first taste of the Latin jazz magic created on The Latin Jazz Project. This single is available exclusively to Latin Jazz Project participants. If you have not participated yet, you may do so here.

The ensemble expands their repertoire with the release of The Latin Jazz Project, which is due out on May 22, 2020. After flashing glimpses of their Latin Jazz prowess over the course of their previous six recordings, SHO goes ‘all in’ on The Latin Jazz Project, their first full length Latin jazz release. A litany of top-tier jazz artists join the ensemble as featured guests soloists: Kurt Elling, Miguel Zenon, Tom Harrell, Dave Liebman, Bob Mintzer, Joe Locke, and others. This is a fan-funded project through ArtistShare.

For the past 17 years, Spanish Harlem Orchestra has earned their reputation as today’s premier salsa ensemble. Considered “the leading light of the salsa reconstruction movement” (Newsday), SHO has released six critically acclaimed albums including Anniversary (Artist Share), which most recently won the GRAMMY® Award for Best Tropical Latin Album. They have performed on the world’s top stages and at nearly every major jazz festival including those in Newport, Montreal, and Monterey. Especially through their live performances, SHO has successfully built a bridge between Latin and jazz music, evidenced by their countless standing ovations at festivals and critical acclaim from the press. The Latin Jazz Project builds upon that legacy and brings SHO full circle into the Latin jazz arena.

The Latin Jazz Project is a natural progression for Spanish Harlem Orchestra. For starters, SHO Artistic Director Oscar Hernández is considered one of the most important Latin jazz pianists of his generation. His storied career extends back four decades and includes performances and recordings with an impressive list of Latin music greats including Tito Puente, Machito, Celia Cruz, Conjunto Libre, and Willie Colon, among others. Hernández spent six years playing with Ray Barreto and appeared on five of his recordings including the seminal Rican/Struction. Hernández then went on to join Ruben Blades’ Seis Del Solar band and eventually became his Musical Director, charting the musical course for the salsa legend. Hernández soon became the Musical Director for Paul Simon as well as the orchestrator and arranger for Gloria Estefan.

As a leader, Hernández has released two Latin jazz albums with Origin records: The Art of Latin Jazz (2017) and Love The Moment (2019), which went on to receive four stars by Downbeat Magazine. Now, Hernández has melded his Latin jazz expertise with Spanish Harlem Orchestra’s signature salsa dura sound to produce an instant classic in The Latin Jazz Project, the ensemble’s first all-Latin jazz recording. “We have always been steeped in the tradition of Latin jazz,” says Hernández, adding, “…it makes sense for us to finally get to this point. I couldn’t be more proud of this project and this band.”

The Latin Jazz Project presents a new side to Spanish Harlem Orchestra. Co-producer and trombonist Doug Beavers says: “…we really wanted to present SHO in a different light with this project- that of a world-class ensemble that can go toe-to-toe with any renowned jazz ensemble or jazz orchestra in the world.  For this, we thought the vehicle of Latin Jazz gave us the best medium to explore how different jazz masters would mesh with the orchestra and explore the idiom.The results came out very natural sounding and exciting, as if these jazz greats had been performing with SHO for years.”

With The Latin Jazz Project, Spanish Harlem Orchestra adds to an impressive discography that showcases a dynamic music legacy built by their previous six releases. These recordings have garnered five GRAMMY®  nominations and three wins (in 2004 for sophomore album Across 110th Street, in 2010 for Viva La Tradicion, and as noted, last year for Anniversary).