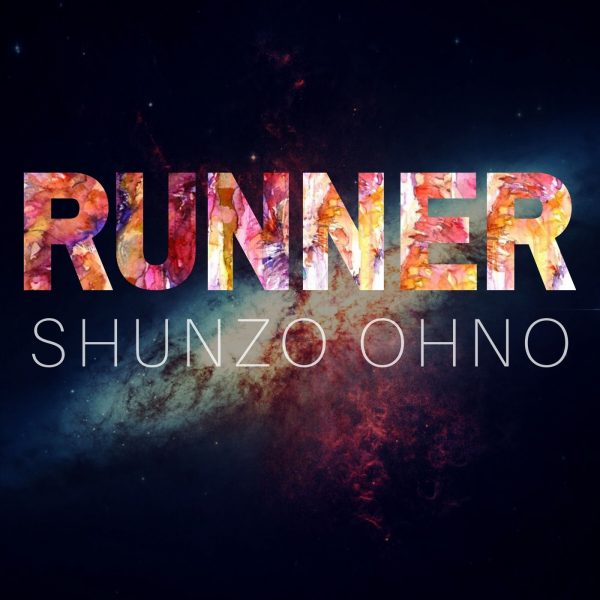 Distinguished trumpeter and composer Shunzo Ohno announces the release of his 18th album as a leader, RUNNER. To be released on April 3rd. RUNNER is comprised of three compositions; the first of which is a four piece symphonic suite aptly titled “EPIC”. Shunzo Ohno will celebrate the release of this masterwork at the Birdland Theater on April 1st in New York City. Tickets are on sale now.

Shunzo Ohno is one of the most versatile and influential trumpeters in modern jazz. Over the course of his lengthy career, Ohno has released 18 albums as a leader and appeared on over 30 as a sideman. His long list of collaborators include Art Blakey and the Jazz Messengers (with whom he toured in the early 1970’s), Wayne Shorter, Herbie Hancock, Larry Coryell, Machito and his Afro-Cuban Orchestra, and master arranger and composer Gil Evans, among many others. On RUNNER, Gil Evans’ influence is most apparent. Shunzo Ohno became a key collaborator with Evans and appeared on four recordings including the GRAMMY-Award winning album Live At Sweet Basil.

The centerpiece and opening composition of RUNNER, “EPIC”, takes major cues from Evans as it unleashes Ohno’s captivating mastery as a trumpeter over his dynamic symphonic vision. Ohno, who has won several awards for compositions including the 2014 International Songwriting Competition Grand Prize Award for his song “Musashi”, (making him the first jazz recipient), displays his writing chops on the four-part “EPIC” suite. The first movement and prelude, “Heroic Vision”, establishes the suite with an overture that evokes an intimate and timeless universal bond. Mercurial musical landscapes intertwine in the second movement, “Emerge”, with quiet colors as the woodwinds create moving passages. The third movement, “Galaxy Bonds”, showcases the melodious clarinet and cello while the fourth and final movement, “Heroic Dance” is the breathtaking conclusion featuring Ohno’s commanding trumpet and powerhouse percussion euphoria. Following “EPIC”, are two compositions: “Moon Over The Castle”, a stunning musical poem featuring a traditional and soulful Japanese melody and the title track “RUNNER” which pays tribute not only to runners’ unstoppable drive in marathons, but, as was his original intent, to honor the many resilient runners orchestrating peace and justice.

The late guitarist Vic Juris appears on this anthem, along with bassists David Anderson and Ira Coleman, plus Thierry Arpino on drums and Clifford Carter on clavinet. Like all of Ohno’s recordings, “RUNNER” is an ode to perseverance, and bold strength with cinematic currents of fearless life force.

Ohno’s incredible life is the subject of three biographies and two documentary films. The most recent documentary short, Never Defeated: The Shunzo Ohno Story, is narrated by Ohno’s good friend Buster Williams. The thrilling story unfolds Ohno’s incredible resilience following a serious automobile accident in 1988 which permanently damaged his teeth and lips. Undeterred, Ohno awakened to his new reality and created a unique approach to his playing. In 1996, Ohno faced an uncertain future when he was diagnosed with a life-threatening form of throat cancer.

After three years of relentless challenge, Ohno ultimately won the battle and was asked to perform with Wayne Shorter for a series of concerts in California – a moment of immense impact for him. Since then, Ohno has remained an intrepid innovative force in the contemporary jazz scene.

When the 2011 Tohoku Earthquake devastated Northern Japan, Ohno dedicated himself to rebuilding efforts with a focus on global recovery, reviving music programs for children and fiercely creating compositions for all dreamers. DREAMER was released in 2018 advancing his resolve.

As I push through my own doubt, I unite with you,

As I occasionally stumble, I bond with you,

And as I triumph, I am one with you.

We are all dreamers nourished by our losses, victories and imagination.

The world needs you.

Do not allow fear to hold back your bold optimism.

Unleash the possibilities, after all,