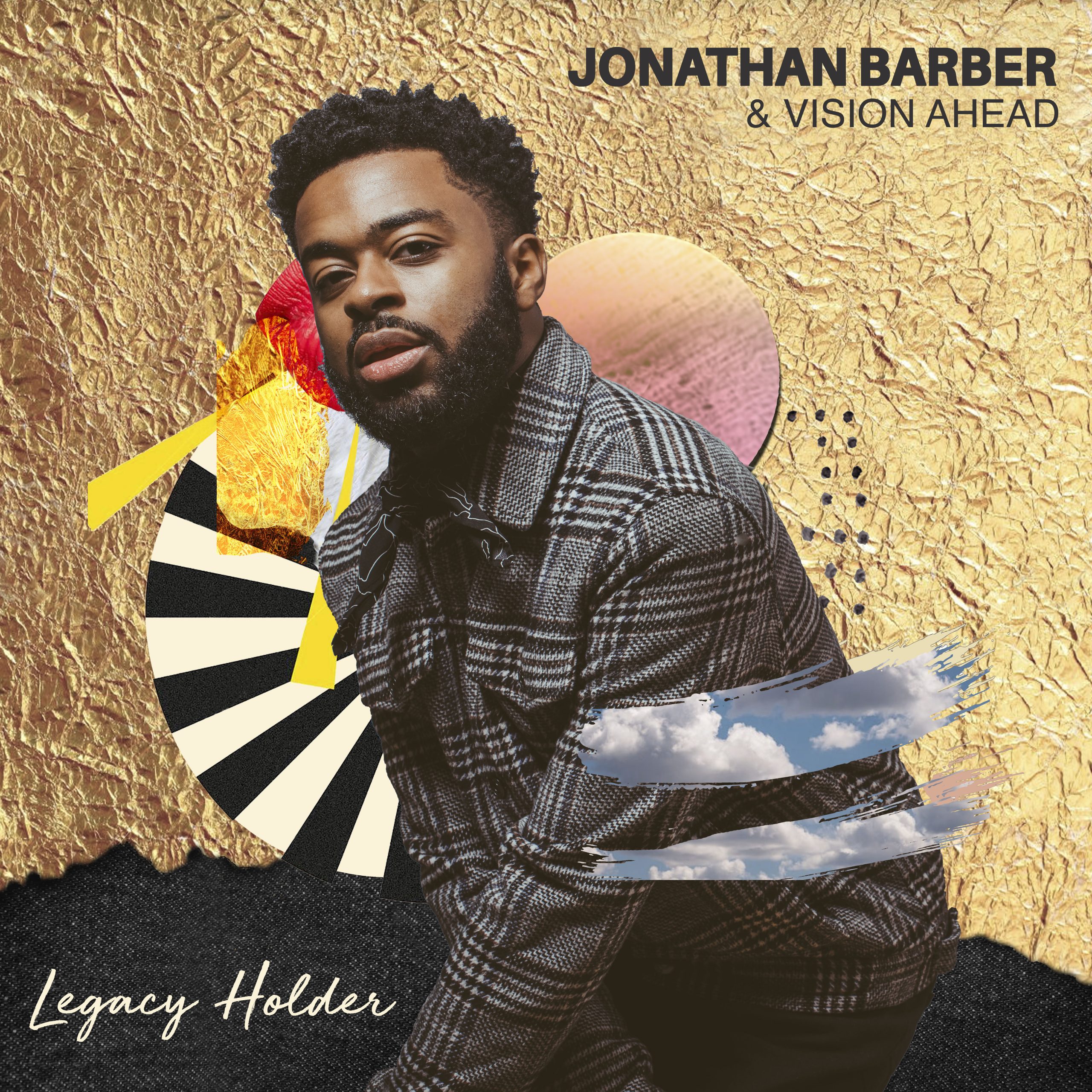 Jonathan Barber & Vision Ahead Announce the Release of their Sophomore Album, Legacy Holder

Following the highly-acclaimed release of his debut, Vision Ahead (“…a debut album that puts him forward as a clear-eyed and confident bandleader” – Nate Chinen, WBGO) drummer, composer and bandleader Jonathan Barber is proud to announce the May 15th release of his new album, Legacy Holder. Featuring Barber on drums, alongside pianist Taber Gable, guitarist Andrew Renfroe, alto saxophonist Godwin Louis, bassist Matt Dwonszyk and with a guest appearance from vocalist Mar Vilaseca (“The Call”), Legacy Holder solidifies the musical, cultural and spiritual direction that this ensemble, “Vision Ahead” continues to strive towards. Legacy Holder showcases the band’s maturity and sincerity. With this release, Jonathan Barber & Vision Ahead presents yet another example of a truly cohesive sound – its origin tracing back to one focused, thought-provoking concept. In this instance, that concept is legacy.  The release of Legacy Holder will be celebrated at the Jazz Standard on Wednesday, May 20th at 7:30 and 9:30.

Every person has a foundation. From that foundation comes the opportunity to create a narrative. Having the ability to then share this narrative not only carries on a legacy, it breaks down a wall of limitations and stigmas. For Barber, the true significance of a legacy holder lies in the responsibility to lead through action, and by example. Having now developed a decade-long professional career in music, the 30 year old, Hartford, CT-native realises not only his ability, but his duty to inspire and influence others, just as the generations that have gone before continue to push his artistry and perspective forward. “Understanding that you are able to help others through your experiences, you have the ability to continue a lineage that is fruitful, and removes the path that leads to exclusion and segregation,” the bandleader explains. “We all are Legacy Holders. We must stand strong for the cause and assist in making change. The continuation of unity or division relies on us.”

An eight-track collection of fresh, innovative, original material, Legacy Holder demonstrates a continuous flow from start to finish, evocative of one lengthy suite. The title track leads the listener into the mindset wherein Barber sets aside a moment of reflection. Although “Legacy Holder” may be labeled as a ballad, it reaches points of both intensity and subtlety. Throughout, each musician significantly contributes to the sensitivity of the track. Barber introduces the composition with a light march using brushes, creating a mellow pulse beneath the simple, singable, relaxing melody. Gradually building upon the foundation of Renfroe’s solo, the band reaches a pinnacle point, establishing a groove wherein Louis and Gable trade choruses. A beautiful conversation develops between alto saxophone and piano, and gives way to the opportunity for each band member to reflect and bounce ideas off each other. Overall, “Legacy Holder”exemplifies maturity and promise.

Another standout track from the album is “Find My Way”. The inspiration for this composition lies in the importance of establishing an independent, genuine, individual voice in music. “I believe that’s what gives you longevity – always being in your own lane. It’s not about finding the way that is popular, it’s about finding your way that leads to your purpose,” Barber notes. Sonically, because of the conscious omission of solos, the track truly serves as a showcase for the band to perform as a team, focusing on the song itself rather than individual moments of exposure. The album’s sixth track, “Seconds & Seasons” draws its inspiration from Barber’s time living in New York City – a city where opportunity is in sheer abundance. Although Barber is a firm believer in hard work paying off, he believes the results and rewards of which can come to fruition in two different ways. Opportunities can manifest in seconds –  being at the right place, at the right time. In contrast, opportunity can happen across seasons – it takes time for any artist to become an established staple within their creative environment and community and it takes even more effort and focus to remain consistent in achieving individual goals. This 3/4 composition features everyone in this band – each solo evident of the group’s energy.

Now 30 years old, Barber felt there was more emphasis on turning 29 years old vs turning 30 years old. “For me, 29 was a great year. I accomplished so much and I felt that year was a great way to end the decade. I wanted to recognize my 29th year.” Throughout the compositional process of “29”, Barber thought about creating a track by using the same fundamentals applied to drumming. Taking time to study a drum groove, the drummer dissected each part and then applied his findings to different notes on piano. Although this composition is very rhythmic and presents the illusion of being in odd meter, it is in fact 4/4 time. Renfroe and Louis are the soloists on this song. Barber takes the last solo and creates a whirlwind of polyrhythms and motif development. A highlight of “29” is Taber Gable’s improvisation during the bandleader’s drum solo. What begins as a drum solo develops into a duo conversation between Barber and Gable. Playing ideas with and against each other on a regular occurence, this organic interaction between the two was a perfect conclusion to the album.

“For the listener, I hope this album challenges their mentality and mindset in how they value themselves. Your experiences and abilities are purposeful and helpful to lead someone in the right direction. As we begin a new decade, we must know that we are in control of our history.”

In addition to his first-call status as a sideman, Barber has recently stepped forth as a composer and leader with his Vision Ahead band, featuring saxophonist Godwin Louis, guitarist Andrew Renfroe, bassist Matt Dwonszyk, and pianist Taber Gable. Even with Barber’s history of high-profile gigs and recordings taken into consideration, DownBeat magazine calls Vision Ahead’s self-titled debut album his “greatest accomplishment to date.” Released on Rockwood Music Hall’s largest stage in May 2018, Vision Ahead is a powerful declaration of intent for a band that’s been making waves on the modern jazz scene since its debut performance at Smalls Jazz Club. The group’s blend of classic, swinging jazz with elements of gospel, rock, soul, and fusion is a compelling showcase of Barber’s broad stylistic range as a composer and performer. Jonathan Barber & Vision Ahead was featured and headline the 2018 Rainy Days Jazz Festival held in St. Petersburg and Moscow, Russia.