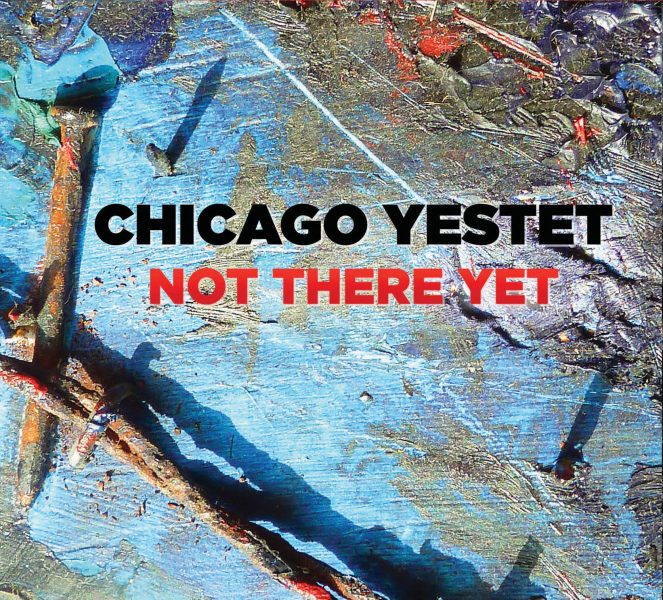 13-Piece Powerhouse the Chicago Yestet Announce Their Third Studio Album, ‘Not There Yet’, Out 3/27

Chicago’s own acclaimed ensemble the Chicago Yestet, is proud to announce the March 27th release of its third album ‘Not There Yet’.  Under the direction of Joel Adams, the 13-piece band presents a stunning, diverse release which addresses the persistent problem of race relations in this country, and is a plea for justice and unity.  Composer, bandleader, and trombonist, Adams wrote the wide array of compositions featured on ‘Not There Yet’ over the past 5 years.  The ensemble is made up of vocalist Maggie Burrell; spoken word artist Keith Harris; saxophonists Geof Bradfield; Chris Madsen and Nick Mazzarella; trumpeters Chuck Parrish and Russ Johnson; trombonists Tom Garling and Joel Adams; bassist Clark Sommers; Guitarist Mike Allemana; pianist Stu Mindeman and drummer Xavier Breaker.

Formed in 2008, the Chicago Yestet performs original music with an emphasis on the groove.  Over the course of the past decade, the ensemble has performed throughout the Midwest and has made appearances at festivals such as the Chicago Jazz Festival, Hyde Park Jazz Festival, Isthmus Jazz Festival, and Taste of Chicago.   In 2019, the band received a grant from the Illinois Arts Council Agency to record, and the arduous process of rehearsing, recording, mixing, and mastering began in April, 2019.  According to bandleader Joel Adams, “‘Not There Yet’ reflects not only my admiration for Thad Jones and other big bands from the 1960’s and 70’s but also my love for James Brown and Donny Hathaway. The Chicago Yestet is committed to grooving, is not afraid to play simply and even pretty, and is willing to directly take on political issues through music.”

The album’s title track pairs a laid-back hip-hop, swing groove and an intense, intricate horn arrangement; a nod to the big band tradition that inspired the composer.  The track features a poignant, politically-fueled verse by Harris and gorgeous vocalizations from Burrell. Upon listening, one can’t help but pick up on the modernity of the instrumentation deeply intertwined with traditional compositional elements.  The first track features an improvisation from Adams on trombone using a megaphone-mute of his own invention which he calls the “megabone”. Upon listening, one might think this is a guitar solo because of the incredibly original, guitaristic tone Adams pairs with his melodic invention.   Track 2, “The Long Neglect” goes far to draw the audience in with its hip-hop sensibilities in conjunction with stellar arranging on the part of Adams.  The track conjures the energy of A Tribe Called Quest with a swinging horn section in tow.

The upbeat “I’ve Been Meaning to Tell You” harkens back to the classic R&B tracks of the 70’s.  Burrell’s voice soars over shimmery guitar and a tightly-locked rhythm section.  The piece opens up for a solo by tenor saxophonist Chris Madsen after a stellar verse from Harris, ending dynamically with hits from the full ensemble.  Adams’ instrumental epic “Wise One” demonstrates the trombonist’s facility as an arranger.  The soli on this track is actually a horn arrangement of John Coltrane’s original solo from this tune off of his album Crescent.  In this treatment, trumpet has the lead and is playing Trane’s actual solo which is then harmonized by three saxophones.

The album comes to a close with “Anthem For a New Generation of Sociopolitical Reactionaries”, a stirring composition intertwining a reharmonization of “God Bless America” with the words of Donald Trump, and fiery verses from Harris emphasizing the vocalist’s derision of Trump’s remarks and disdain for his policies.  ‘Not There Yet’ strikes the balance between protest album and soul/hip-hop celebration while demonstrating the deep virtuosity of each individual soloist and the cohesiveness of the ensemble as a whole.