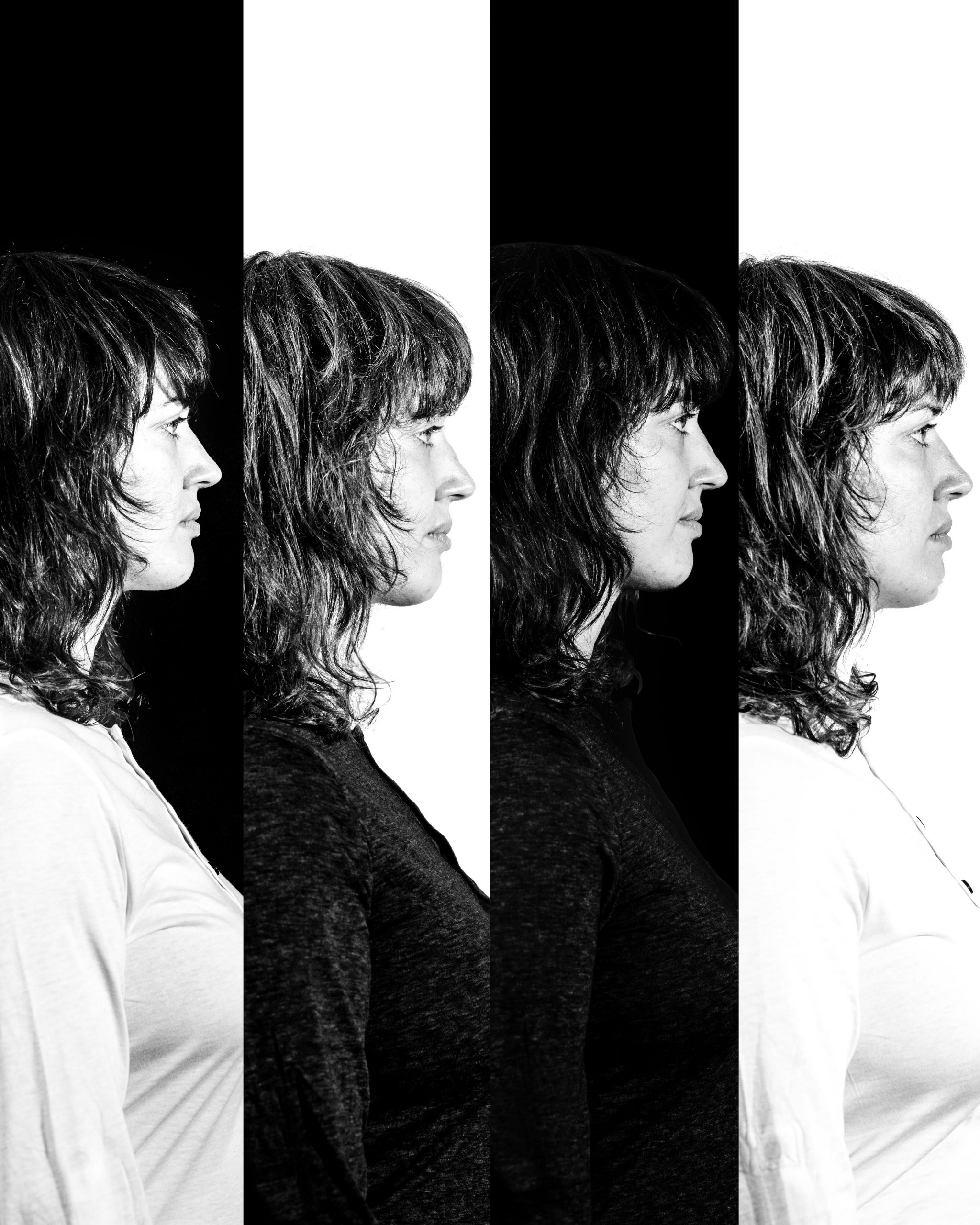 Protest music’s association with folk is easy to understand when song lyrics offer a direct conduit for social and political commentary. Yet one need look no further than John Coltrane’s “Alabama” to see that instrumental music can be protest music, too, and an equally compelling album-long argument supporting that contention is Elsa Nilsson’s Hindsight. The Gothenburg-born, NYC-based flutist’s ten-track release constitutes a powerful response to the outcome of the 2016 U.S. presidential election and events that have occurred in its wake. Nilsson’s self-described “resistance compositions” tackle head-on issues that have passionately engaged (and enraged) her and in so doing offer an incitement to action and, ideally, change.

Instrumental music can also be democratic in the way it grants each participant a voice; Nilsson is the leader, true, but guitarist Jeff McLaughlin, bassist Alex Minier, and drummer Cody Rahn are integral to the collective expression and impose themselves powerfully on the material. Thankfully, her flute is never overpowered by their instruments, despite the music’s sometimes aggressive pitch. More than a purely musical statement, Hindsight embodies a belief in the principle of solidarity with others, a recognition of their value and importance to the whole.

Stylistically, Hindsight isn’t jazz, though it does retain ties to it in its inclusion of soloing and the high level of musicianship on display. Ultimately, it’s perhaps best to simply call it instrumental rock that in different songs references other territory, be it grunge, prog, classical, or otherwise. Genre labels aside, it’s visceral music with bite and high energy, Nilsson drawing upon various musical areas to communicate her message as resonantly as possible.

The manner by which she’s incorporated external material into the compositions is itself striking: whereas another artist might have simply made connections using track titles, she actually embedded into her compositions words from speeches and rhythms from protest marches she witnessed and participated in. For the writing of “Changed In Mid Air,” for example, Nilsson drew for inspiration from the Travel Ban and to that end wove into its structure the chant “Say It Loud, Say It Clear, Refugees Are Welcome Here.” Other topics addressed include gun violence, “Black Lives Matter,” and the Supreme Court confirmation hearings for Brett Kavanaugh.

“Changed In Mid Air” opens the album with a loping blues groove her flute glides across with authority. As happens elsewhere, the tension grows as the material advances through various key changes and chord progressions, the outcome dramatic and emotionally expressive. Referencing in its title both the storm of Hurricane Maria and the one experienced by asylum seekers at the border, “Worth The Risk/Maria” alternates between peaceful passages of calm—flute and acoustic bass backed by brushed drums and understated guitar—and episodes foregrounding the arrival of turmoil in the wildness of the quartet’s expression; following without pause, “Will Help Come” brings the volume and tempo down for four lulling minutes of brooding mystery. Issues relating to the Kavanaugh hearings emerge in “I Believe You” and “Fill the Courts,” the former alluding to the bravery shown by Dr. Ford in coming forward with her story and the latter referencing the imbalance that results from a preponderance of conservative justices in the Supreme Court.

In one of the album’s most stirring pieces, Nilsson addresses gun violence in “Enough Is Enough” by timing the performance to six minutes and twenty seconds, the precise amount of time the shooter was active at Marjory Stoneman Douglas High School in Parkland, Florida on February 14, 2018—clock ticking at the beginning an acute reminder of the time-frame. Again Nilsson maximizes the impact of the material by having the music grow progressively agitated until a ringing alarm abruptly ends the music to remind us of the horror of the event. One can also purchase AR-15 magazines and look through the models of guns that are available easily these days in the name of safety..

A bit of prog flavour seeps into the title track but so also does grunge in the fury of the band’s playing. Elsewhere, the quartet digs into an infectious funk groove for “Trickle Down,” a tight cut that no doubt’s even more potent live. That Nilsson ends Hindsight with “We Show Up,” an expression of gratitude for those standing up for causes they believe in, conveys a message of hope that change is possible and that believing in that possibility shouldn’t be seen as an exercise in futility. As she herself notes, these songs might have originated with the flutist alone in her practice room, but they’re now out in the world to hopefully embolden others to effect change in their own ways.