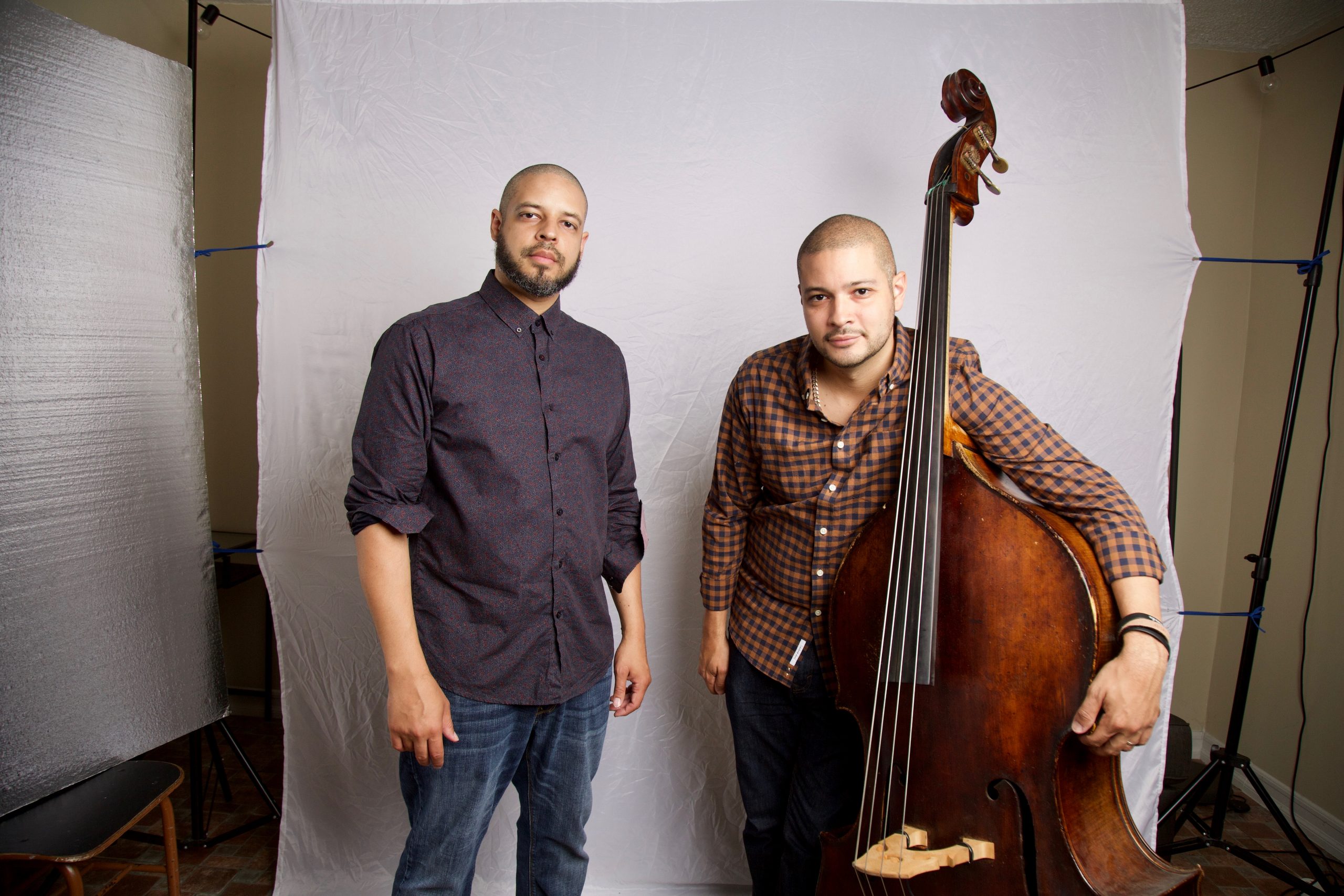 The Curtis Brothers to Appear at The Jazz Gallery and Scullers This Month!

“The Curtis Brothers may play to conceptual logic, but they play for the people. This isn’t stuffy, academic art. It’s music with true grit.” – Dan Bilawsky, JazzTimes

The Curtis Brothers fresh off the release of their critically acclaimed new album Algorithm, will be performing in New York City at the Jazz Gallery on February 27th and in Boston at Scullers Jazz Club on February 28th.

In New York, bassist Luques Curtis and pianist Zaccai Curtis will be joined by saxophonist Nick Biello, trumpeter Josh Lawrence and drummer Mark Whitfield Jr. Tickets range from $15 to $25. The group will play at 7:30 and 9:30 PM. For the Boston date, the Curtis Brothers will be joined by an all-star group of jazz luminaries: Grammy nominees Brian Lynch and Tia Fuller and iconic drummer and mentor Ralph Peterson. Tickets start at $25 and the evening begins at 8:00 PM.

Released in August, Algorithm is a nine-track collection of originals, best described in chapters – each titled after a mathematical concept or term, with the exception of the chapters that serve to honor The Curtis Brothers’ mentors. Narrated by Jazz Messenger alums, trumpeter Brian Lynch, saxophonist Donald Harrison and drummer Ralph Peterson, Algorithm conveys the great contribution that each of these three jazz titans have had on the artistic development of The Curtis Brothers. While some may regard Algorithm as the sequel to 2012’s Completion of Proof – the debut release from The Curtis Brothers Band – one can be certain that this recording undoubtedly emanates the spirit of the great Art Blakey. With these compositions, Zaccai and Luques aim to fuse mathematical ideas with the soul – by enlisting this all-star band, the brothers have succeeded in bringing their vision, and its full potential to fruition.

Commissioned by New Jazz Works – Chamber Music America, Algorithm can be simply seen as a book of music that, through its deftly constructed movements, displays the sound of this vigorously talented band in its truest and purest form. Donald Harrison offered this dynamic duo their first opportunity to be a part of a touring band which, since 2001, has seen them perform extensively across Europe. As Zaccai exudes, “Harrison has really nurtured our musical development in all styles of music.” Upon their move to New York City, Zaccai and Luques began working with Brian Lynch – Luques regularly collaborated with Lynch as part of the Eddie Palmieri band. The trumpeter has dedicated himself on numerous occasions to the support of the pair’s label, Truth Revolution Records. Drummer Ralph Peterson began mentoring the brothers in 2005 and has regularly joined forces since. As a trio, Peterson and the brothers most recently released TriAngular III – a duel record label release from Truth Revolution Records and Peterson’s Onyx Production Music Label.

The album received universal acclaim. The Absolute Sound called Algorithm “… an excellent choice for lovers of today’s modern acoustic jazz,” Jazz Trail said “…the quintet defends a well-structured contemporary aesthetic without forgetting the essence of the past, mixing elements of present-day post-bop, mature hard bop, Latin, and soul jazz within a framework where the players can shine both individually and collectively,” and Step Tempest said: “…the themes are well-drawn, the solos fiery yet often melodic, and the rhythms seductive and thunderous.”

Scullers is located at 400 Soldiers Field Road in Boston.