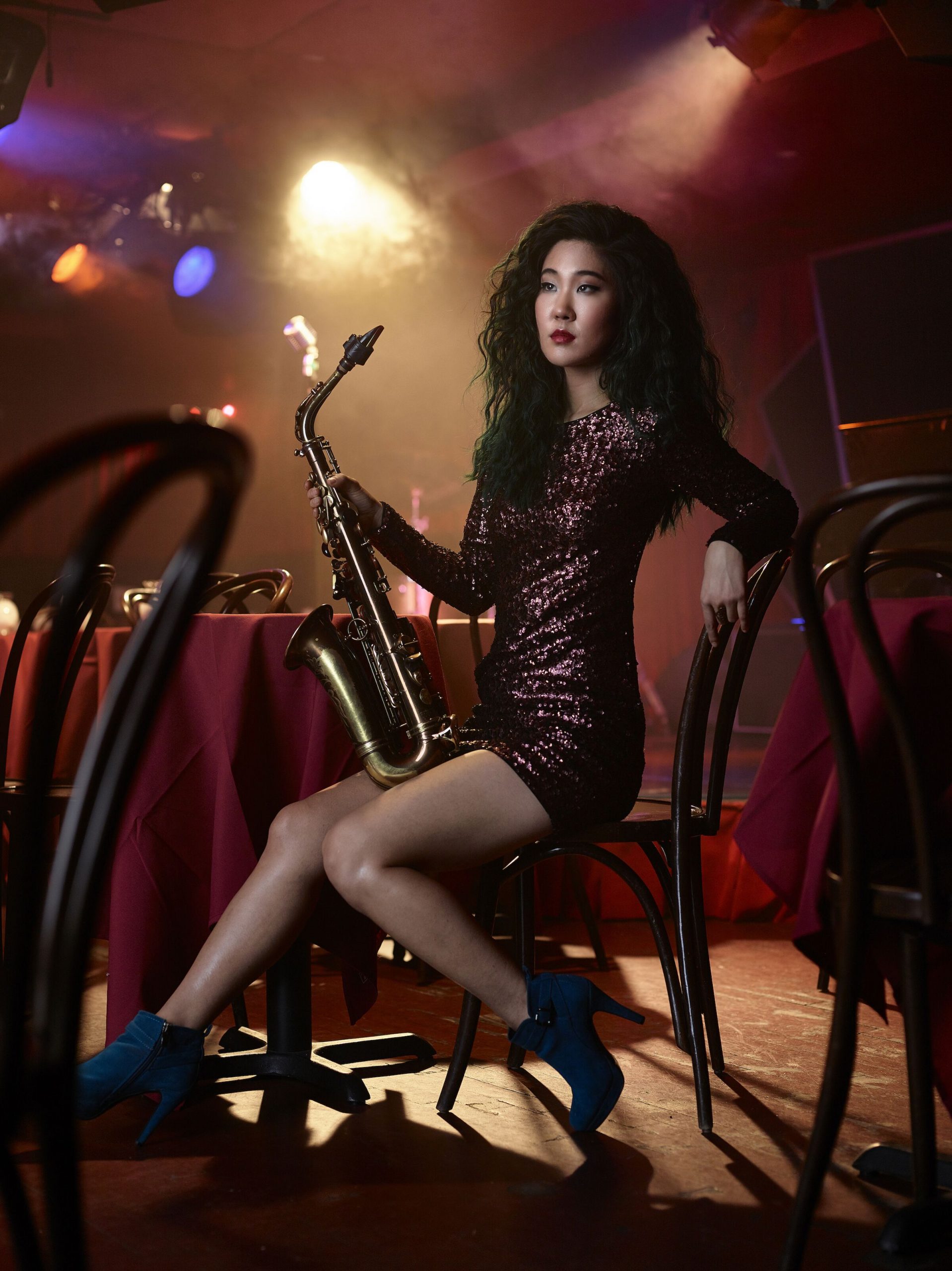 On Friday April 10th, unequivocal musical prodigy, singer, saxophonist, songwriter and composer Grace Kelly will return to the Berklee Performance Center stage for a special engagement featuring all-star collaborators including acclaimed baritone saxophonist Leo P.  The recording of this upcoming special engagement will serve as the next video album in continuation of the viral sensation’s critically-acclaimed GO TiME series.  The Boston performance, presented by GK Entertainment will begin at 8:00 PM and tiered-seating tickets will begin at $27, with a $20 student ticket price.  VIP tickets are also available for $127 which will include premiere seating, a meet-and-greet, a photo opportunity, early venue entry and a GK goodie bag including a signed CD and one surprise merch item from Grace!

Boston audiences will be treated to Grace’s fresh, playful musical stylings and a contagious exuberance that creates an unparalleled energetic, engaging musical experience.  Grace notes “I grew up in Boston, and from an early age, my music education came from hanging in Boston’s legendary jazz clubs and eventually I had my first performance at Scullers at 13 years old and years later I graduated with my bachelor of arts from Berklee College of Music.  It feels so full-circle to bring my GO TiME Series, one of the things i’m most proud of developing, back to the same audience that has seen me grow up on stage.”

Grace is thrilled to feature baritone saxophonist, internet sensation and other half of the duo 2Saxy, Leo P on this Boston performance.  “I think it’s really unusual to find a collaboration like the one I have with Leo, not only do we play the same instrument, but we have the same love for performance art and dance.  The chemistry between us musically is palpable, and something magical happens artistically everytime we collaborate.” Grace remarks. The first collaboration between these two prodigious musicians was an impromptu jam session culminating in a duo video taken for social media.  In a matter of days, Buzzfeed picked up the video and their musical chemistry was felt by the masses. Leo P later went on to be a featured guest on GO TiME: Live in Brooklyn which attracted millions of views and reached a global audience.

GO TiME: Live in LA, Grace’s most recent installment of her GO TiME series, was the artist’s thirteenth CD, and third video album in the GO TiME series.  This release continued her innovative video album concept for fans by adding special guests and also furthering Grace’s incorporation of performance art into her presentation, bringing dance and storytelling into the on-stage experience.  The album garnered attention from top media outlets in the jazz realm. Paste Magazine hails Live in LA as a “cutting edge project that blends electronic, jazz and pop music.” Dan Bilawsky of JazzTimes writes “Continuing down the pop-jazz path she’s been walking for some time, Kelly moves comfortably from originals to jazz standards to the music of rock icons. Right from the opening electro-groove workout “Unbroken Wings,” there’s a gleam in her horn and a slick knowingness in the music.”

“The GO TiME: Brooklyn album was a turning point in my career as a performer who loves connecting with audiences,” Kelly says. “Because we were able to use technology to capture the visual aspect and live energy of the show in a new way, I could really bring my whole dancing, furry-pink-boa-wearing self to the project – and the response was incredible.  After over a decade of performing internationally and releasing albums, I’ve found that I grow so much as an artist when I focus on helping my fans feel the same exhilaration and joy that I do when I perform for them.”

Kelly’s early career featured performances at Barack Obama’s 2009 inauguration and as a soloist with the Boston Pops playing an original composition arranged for the legendary orchestra; she has since then played over 900 shows as bandleader in 35 countries at venues like the Kennedy Center and Moscow Symphony Hall and for the Montreal, Newport, and Montreux international jazz festivals. Touted for her scorching saxophone stylings and purring vocals, Kelly has performed and recorded with renowned artists including Lin Manuel-Miranda, Dave Brubeck, Phil Woods, Huey Lewis, Harry Connick Jr., Gloria Estefan, Questlove, and Wynton Marsalis.

Aside from thrilling audiences in concert, Kelly’s stardom reaches the acclaim of her audiences online.  The millenial artist has developed a new paradigm to exhibit her remarkable talent and unparalleled showmanship with the masses, curating an immersive user experience for her fans across multiple social media platforms.  Kelly’s dedication to posting engaging content and offering insight into her daily life has deepened her brand, bringing thousands upon thousands of eager fans into her world and gaining millions of views online, allowing the artist to bridge the gap between virtuosic musician and cultural phenomenon.