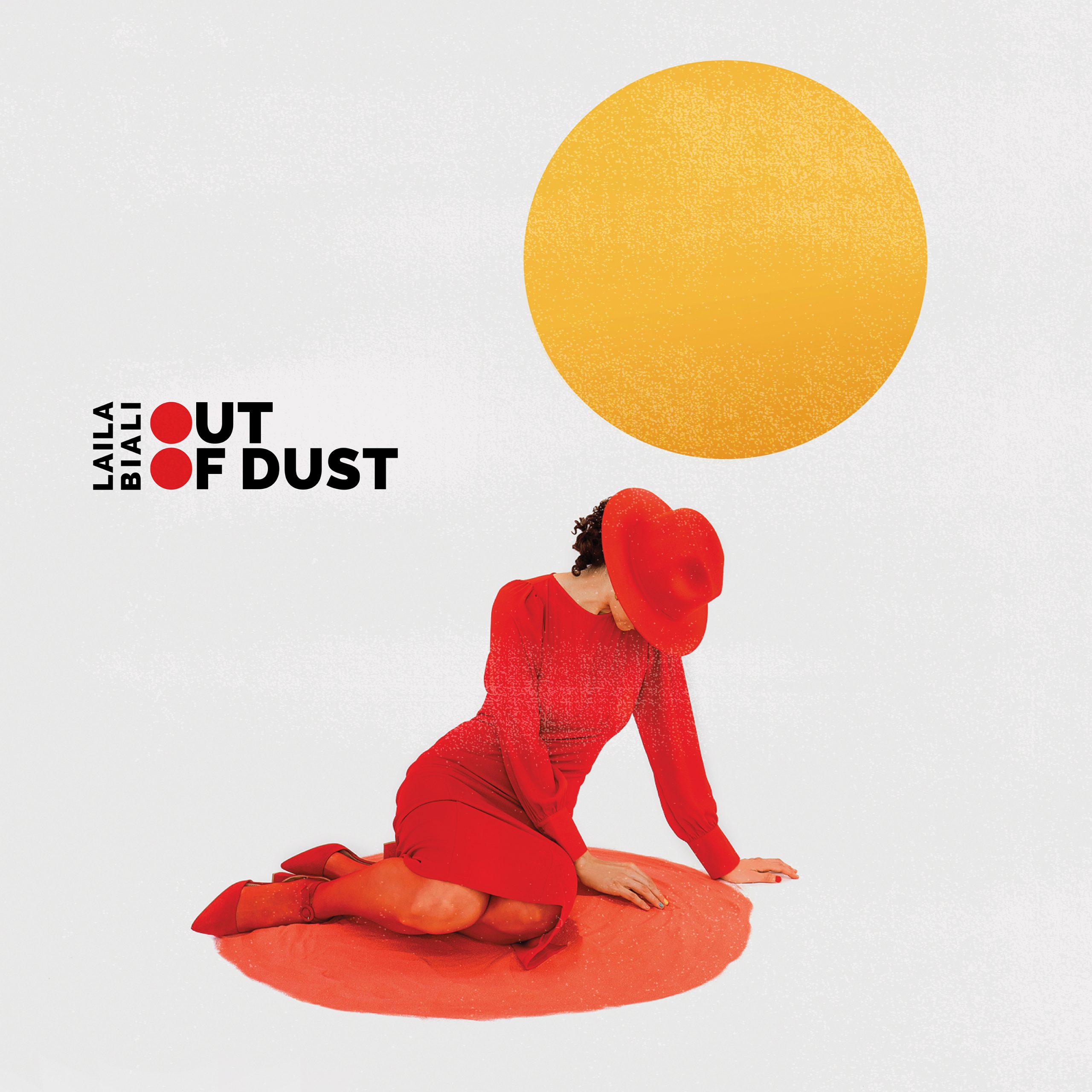 JUNO-award winning vocalist, pianist and composer Laila Biali is proud to announce the March 27th release of her eighth album, Out of Dust. Her most personal album to date, Out of Dust is a documentation of the trials and triumphs that the songstress has encountered during recent years. Co-produced by Biali and her husband Ben Wittman, this eleven-track collection is brought to fruition by an impressive line-up that includes multiple GRAMMY nominees and winners: vocalist Lisa Fischer, saxophonists John Ellis and Godwin Louis, drummer Larnell Lewis, and trombonist Alan Ferber, who composed each of the horn arrangements heard throughout the recording. Comprised of ten original tracks and a reimagined take of Gregory Porter’s “Take Me to the Alley”, Out of Dust is a celebration of life; warm and uplifting even as it confronts Biali’s recent challenges – and the current political climate – head-on. Following the January 31st release of the album’s lead single “Sugar”, “Take Me to the Alley” will be released on February 28th followed by “Revival”, due out March 24th.

Throughout the past few years, Laila Biali has been presented with a cacophonous mixture of trials, triumphs and tribulations. For nearly every major conquest—a highly acclaimed return to jazz, winning the JUNO Award for Vocal Jazz Album of the Year, touring the world—the singer-songwriter has faced a private debilitating crisis. In just a few short years, Biali lost a close friend, mourned a family member, and dealt with health challenges of her own. It was a period of change and heartache—but it was also a season of great inspiration and hope.

“These new songs took shape as I processed my own feelings of doubt and loss,” Biali reveals. “I believe that nothing is wasted, that even life’s greatest trials can produce something meaningful, if only to make us more empathetic to the struggles of those around us.”

This hard-won optimism is apparent in the music. Instead of giving into the darkness, Out of Dust finds Biali luxuriating in the light.

The political is personal on the brassy album opener, “Revival.” Transforming global tumult into an inspiring call-to-arms, she sings with the clear-eyed confidence of a warrior, “Come on down/There’s a fire underground!” This fervor animates the entire album, even its quieter, more personal moments: “Wendy’s Song,” a piano ballad dedicated to the friend she lost, turns the details of a single life into a powerful epic; “Glass House,” which she co-wrote with her husband, frankly addresses the after-effects of a family member’s struggle with mental health issues; “Take the Day Off” – co-written with Joshua Biali-Wittman – bluntly acknowledges the reality of healing with Biali singing that it’s OK to “pull the sheets over your head” and “unwind” when you need to. Even “Take Me To The Alley,” the album’s sole cover, holds special meaning for Biali – she sang an ethereal version of the Gregory Porter song at her friend’s memorial. The album also features Biali’s first French co-write, “Au pays de Cocagne”  which was created with francophone singer Sonia Johnson.

“There’s a line from a song by the indie gospel group, Gungor, that has become like an anthem to me,” Biali says. “‘He makes beautiful things out of dust.’ That’s where the title for the album comes from, and as a songwriter and musician, my ultimate intention and hope is to spread a little more love and light.”

This album is lovingly dedicated to the memory of Wendy Nelles & Kitty Leech.

More about Laila Biali
Multi award-winning Canadian singer-songwriter, pianist and CBC Music national radio host Laila Biali has headlined festivals and venues spanning five continents from New York City’s Carnegie Hall to Beijing’s National Centre for the Performing Arts, and supported international icon Sting. In 2019, Laila’s eponymous release won her a JUNO (Canada’s GRAMMY) for “Vocal Jazz Album of the Year.” The year before that, she was awarded top prize at the Canadian Songwriting Competition in the Jazz category. Laila was also the youngest-ever double winner at Canada’s National Jazz Awards when she was named “SOCAN Composer of the Year” and “Keyboardist of the Year.” She received her first JUNO nomination for Tracing Light (2011), and a spot on DownBeat Magazine’s “Best Albums of the Year” for Live in Concert (2013). In September of 2017, Laila was brought on as the host for CBC Music’s national radio show, Saturday Night Jazz, a weekly show broadcast to listeners across Canada. While Laila continues to earn high honours in the Jazz world, her signature sound transcends genre as she “masterfully mixes jazz and pop, bringing virtuosity and unpredictability to songs that are concise and catchy” (Washington Post).