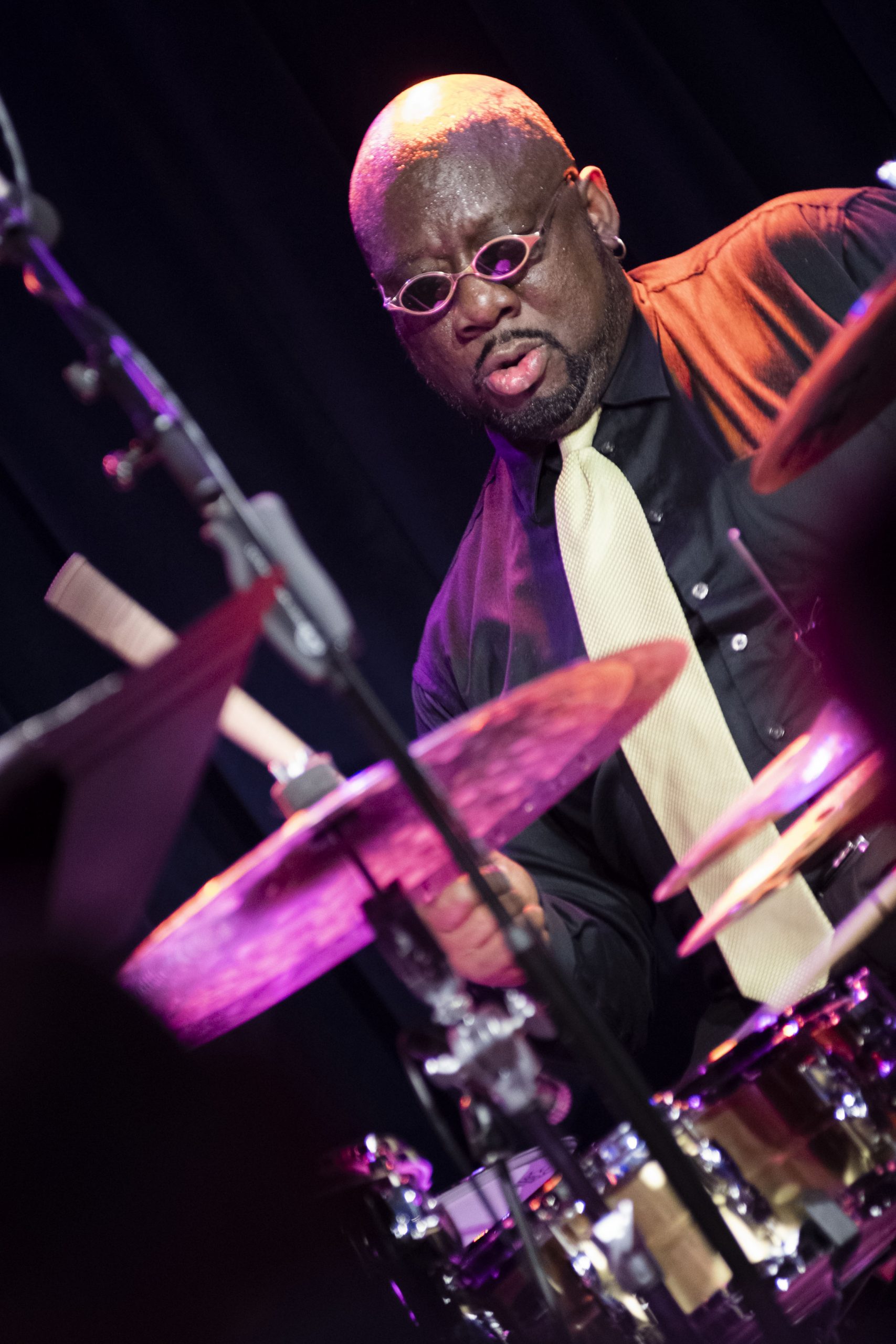 Iconic drummer Ralph Peterson will expand the the legacy of the late Art Blakey into the here and now with a groundbreaking conclave of former Jazz Messengers, both on a new recording and live on stage at Jazz at Lincoln Center.

Ralph Peterson and The Messenger Legacy is thrilled to announce the May 8th release of Onward and Upward on his Onyx Productions record label. Onward and Upward follows the release of Legacy: Alive Volume 6 at the Side Door, which was released last May to worldwide critical acclaim.

Ralph Peterson and the Messenger Legacy, arguably the definitive working band in tribute to Blakey, has evolved to encompass a rotating cast of former Messengers including Phillip Harper, Jean Toussaint, Craig Handy, Robin Eubanks, Steve Davis, Joanne Brackeen and Kevin Eubanks, among others. Original Messenger Legacy members Brian Lynch, Bill Pierce, Essiet Essiet will continue as part of the ensemble. In the spirit of passing the torch, pianists Zaccai Curtis and Anthony Wonsey and trumpeter Sean Jones will join the project to represent the many musicians who have emerged since

Mr. Blakey’s passing. The recording will feature all original music composed and performed in the style of the Jazz Messengers. “The success of Legacy Alive proves more than ever that people love and miss that sound,” Peterson shares. This will establish a new page in the Messenger songbook with pieces written with the Jazz Messenger sound in mind but with a definite eye on the future and moving the music forward.

On May 1st and 2nd, this new rendition will come together at the Appel Room at Jazz at Lincoln Center to kick off the Art Blakey Festival. In addition to the sure to be riveting performance, The Jazz Messengers will be honoring Reggie Workman and Benny Golson. More special guests will be announced shortly.

Stay tuned for more information about this history-making performance and recording coming soon!