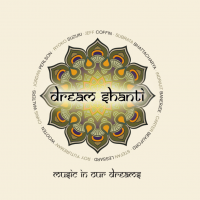 By Doug Collete, All about Jazz

Music in Our Dreams is a fairly astute if not truly expansive blend of Eastern and Western idioms. The Jeff Coffin-led Dream Shanti ensemble nurtures the cohesion most conspicuously through varied contributions of original material even though the shifting lineups don’t take many chances on cuts like “Take It to the Bridge.” The rhythmic thrust of the performances is actually the most enticing aspect of the album bolstered by the agile presence of Coffin’s current and former bandmates (Dave Matthews Band’s bassist Stefan Lessard and drummer Carter Beauford and Flecktones’ Roy ‘Futureman’ Wooten). But the saxophonist/bandleader/engineer also readily exhibits his other great talent throughout, that is, how he has mastered the coloring of the other musicians’ sounds, as with Chris Walter’s electric piano during “Sandhya Deep.”