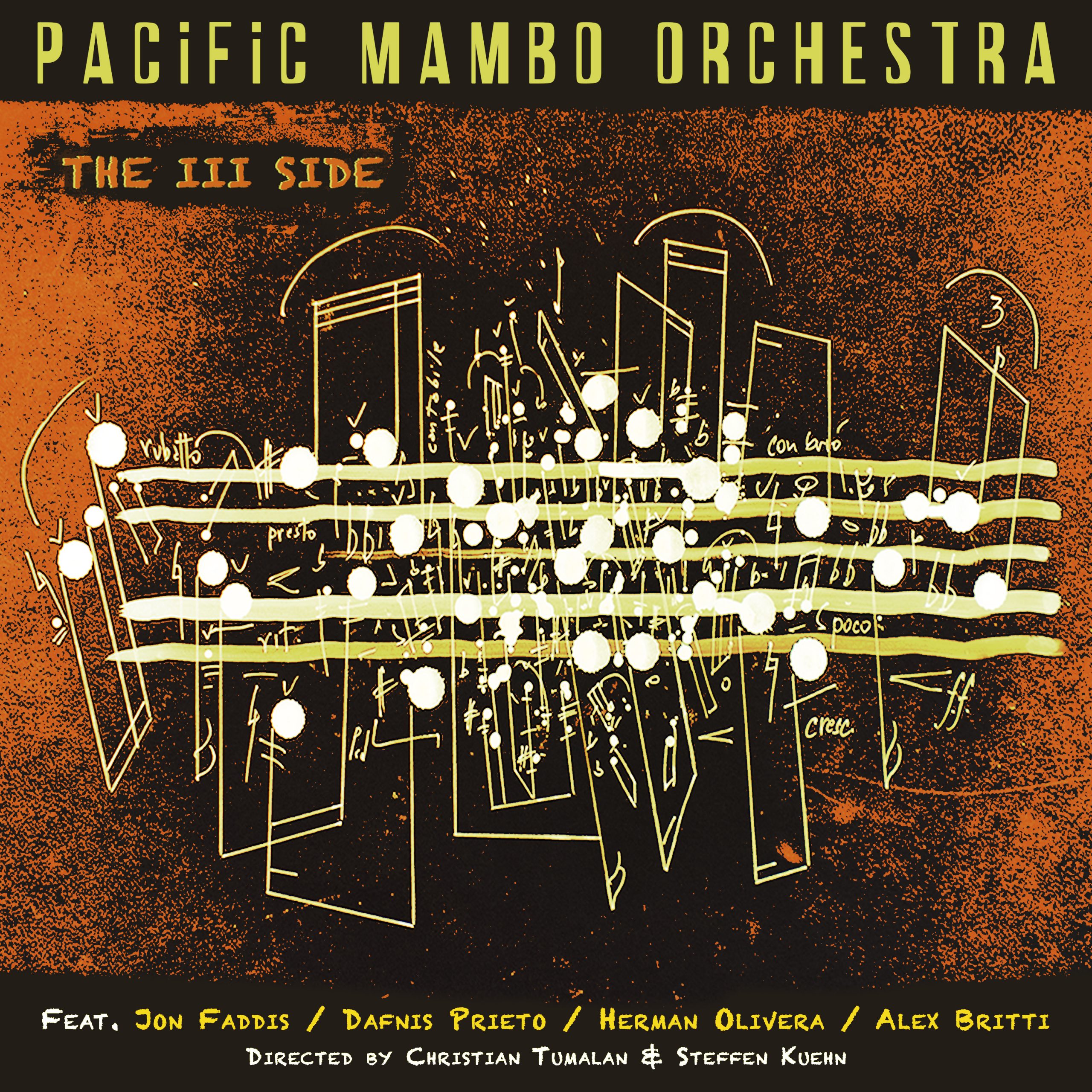 Highlights on The III Side include opener “Mr. B’s Mambo”, which starts off the project with a direct nod to “The Big 3”: Machito, Tito Puente and Tito Rodriguez; sure to be summer banger “Mi Carnival”; and the gorgeous bolero “Le Temps d’un Horizon” which features lyrics in English and French penned and performed by Christelle Durandy. PMO tackles two Dizzy Gillespie tunes on The III Side with the help of Jon Faddis and Dafnis Prieto shine on a bright arrangement of “Night In Tunisia” and versatile guitarist Alex Britti on “Birks Works”. The III Side features some surprising repertoire as well. “Mambo Rachmaninoff” is a brilliant arrangement by co-leader Christian Tumalan of Sergei Rachmaninoff’s “2nd Piano Concerto” that pays homage to the beautiful piano concertos of the Romantic Period while infusing it with Danzon, Mambo, Guaguanco and even Tango rhythms. Another unusual addition is an arrangement of Aaron Copelands “Fanfare for the Common Man” and a horn heavy take on Chaka Khan’s classic “Through The Fire”.

PMO was founded in 2010 by Mexican-born pianist Christian Tumalan and German-born trumpeter Steffen Kuehn. The only fully active Latin Big Band on the US West Coast, this 20-piece ensemble is comprised of some of the Bay Area’s top talent; each member boasts an extensive resume that reads like a who’s-who of Latin and popular music; Carlos Santana, Poncho Sanchez, Pete Escovedo, Herbie Hancock and Prince are just some of the artists PMO musicians have collaborated with. PMO’s advanced and modern musicality mixed with their genuine respect for the tradition make them uniquely qualified to carry on the lineage of the Latin Big Band.

Now celebrating their tenth year, PMO’s big break came when their independently produced, crowd-funded self titled debut took home the GRAMMY ® for Best Tropical Latin Album in 2013. In 2017, they released a live recording Live from Stern Grove San Francisco. Throughout their very busy decade, the band has performed at top venues such as the Monterey Jazz Festival, the Montreux Jazz Festival, the Aspen Jazz Festival, SF Jazz, and many others. Most recently, the band sold out their run at Yoshi’s Oakland in January of this year in celebration of The III Sides’s release.

With the release of The III Side, Pacific Mambo Orchestra solidifies itself as not just a West Coast cultural institution, but as one of the world’s leading Latin Orchestras.