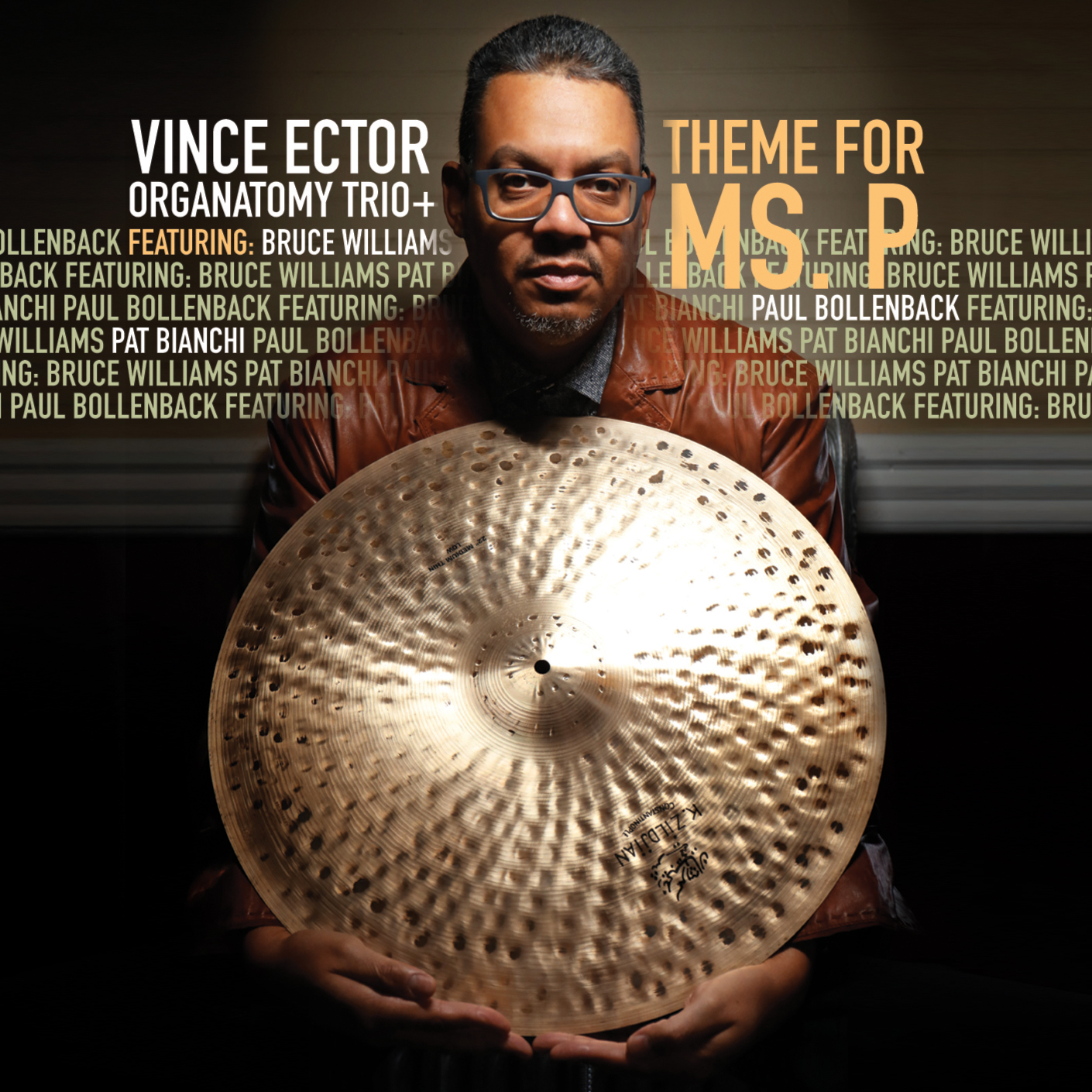 Philadelphia, land of the Schuykill River, home of the “South Philly Groove” as defined by Vince Ector, a dynamic jazz percussionist and leader of Organatomy Trio +, a quartet that rolled into the Side Door Jazz Club in Old Lyme on Friday night.

Ector was incredibly relaxed, dressed in an impeccable pink button-down shirt, introducing a song late in the second set by Burt Bacharach.

“See, people think that jazz musicians just like jazz. It’s not true! I love pop music. We stole this song. Did all sorts of things to it — we polluted it — and now, here it is.”

Ector and the band tore into a satisfyingly worked-over version of Bacharach’s “Wives and Lovers”, with Bianchi’s organ solo questioning like a plaintive human voice, and Ector’s understated final solo bringing complicated shadings to the pop.

Ector gives lots of space to his finely-calibrated collaborators. Pat Bianchi on Hammond organ, Paul Bollenback on electric guitar, and Justin Jones (replacing Bruce Williams) on saxophone, gave focused, nuanced performances on Friday night. We got to know each player, and each instrument, through luxurious sustained solos. But in the end, it was Ector’s lush Philly-grooved sound, his compositions and commentary, that carried the music.

A Philadelphia native, Ector was educated through music magnet high schools in the city, and later at the University of Pennsylvania. He is a lecturer in Jazz Percussion at Princeton University,

The jazz scene there played an underappreciated role in the emergence of bebop, with musicians traveling by train in the 1940s and 1950s between New York and Philadelphia. Later in the 1970s, jazz-radical Sun Ra and his Arkestra made Philadelphia his home, birthing a next generation of experimenters in free improvisation, cosmic solar thinking, and Africanist artistic imagination — a movement still reverberating in pop, jazz, and fashion.

Ector’s drumming is a wonder to listen to, and to watch. Sitting easily on his stool, his arm action is relaxed, precise, delicate. The angles and diagonals in his movements reminded this listener of diagrams of Hindu yantras — exact, meaningful, and resonance-making.

His approach is a study in accumulation and invention. As audience, we watch him build a groove from the ground up. Here is a natural educator at work. We watch as he maintains the complicated set of rhythms he’s accumulated, and then changes one thing. He might approach the cymbal from the underside, rather than the top, or switches the angle of his wrist, slightly, or from mallets to sticks. Or flips a stick to hear the same action from the other side. He hits on the rim of a snare rather than the skin. He plays with his elbows. All the while maintaining a 360-degree sonic groove. Once in the heart of his set I swear saw him play the air with his sticks — it sounded really good.

That sound is sometimes deliciously jangly funky, and sometimes so smooth.

Bennie Carter’s “The Courtship” on Friday night was a gorgeous melody played soulfully by Justin Jones on saxophone, then taken apart tenderly in solos by Bollenback on guitar and Bianchi on organ.

The evening included Ector’s originals “Dex Blues,” written about his sister, and “Renewal Revisited” a wacka-chaka jazz rock. Ector ended his second set with the title track “Theme for Ms. P,” from his 2019 studio release with Organatomy +, written about his mother. As Ector introduced it, “This is not a love song, by the way. My mother said, if you are going to write a song for me, give it a beat! South Philly, here we go!”