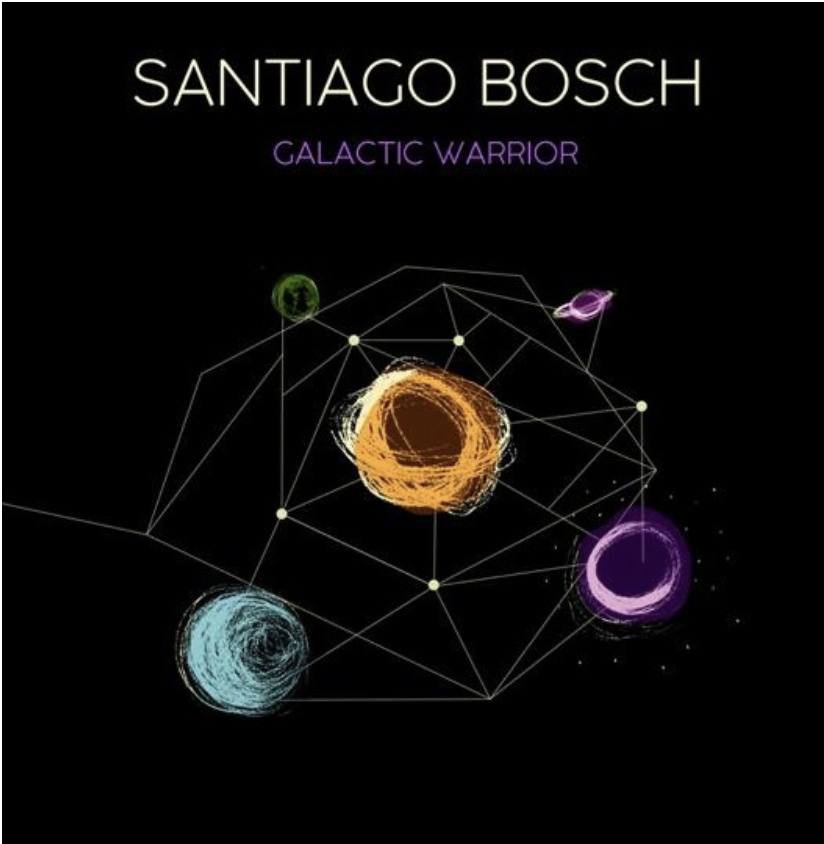 This is a lovely production that features vocalist, Marina DaSilva and bassist Dan Chmielinski. It’s a very clean production, with no drums and a spattering of musical friends who add depth to the comfortable harmonics of Martina with her bass man, Dan Chmielinski. Combined, they become affectionately known as ChimyTina. These two are quite comfortable with each other and perform a host of holiday song favorites as a duo. Occasionally, someone like Joel Ross joins them on vibraphone or Gabe Schnider adds his tasty guitar licks. But for the most part, these two are tenacious and talented enough to perform intricate arrangements featuring just the two of them. Starting out with “Greensleeves” where Martina’s voice is studio-layered and she creates absolutely beautiful harmonics with Dan masterfully accompanying on bass. On “Have Yourself a Merry Little Christmas” Lucas Pino adds saxophone to the mix and Dan Chmielinski builds from the basement up with his double bass magic. They swing this one, and once again Martina adds a few studio harmonics to enhance the production. However, her voice is perfectly capable of performing these songs without enhancement of any kind. She has great timing, beautiful pitch and superb tone. Although this is their debut recording, they have already formed a fan base from their viral duo presentations of online videos that have caused quite a sensation. The demand for more of their music encouraged the duo to go into the studio and make this album that offers the listener “A Very Chimytina Christmas.” Their interpretations of some unusual holiday songs like “You’re A Mean One, Mr. Grinch” and the way they spice up more familiar old favorites like “The Christmas Song” and “My Favorite Things” makes the holiday a little brighter.

However, this is not just a Christmas album, but it is an innovative musical exploration into unusual harmonics, jazzy arrangements and an exercise in showing the world what an exceptional voice can do when merged with a Julliard musician who has obviously mastered his bass instrument.

This is fusion jazz, stretching the hands and creativity of Santiago Bosch across several pianos, synthesizers and keyboards. All the music on this album is composed by Bosch and represents his life journey. He was introduced to jazz by his father, Jaime Bosch, who was a Venezuelan saxophone player. At the age of fifteen, the younger Bosch was already recording and touring Venezuela. He eventually found his way to the famed Berklee College of Music in the United States and graduated suma cum laude in 2017. His first album, “Guaro Report,” was released in 2011. He continues his quest to be an international force on the jazz scene as both a composer, bandleader, producer, arranger and pianist. Surrounding himself with a group of talented musicians, on his latest album, “Galactic Warrior,” the tune, “Transition,” features special guest, Darren Barrett, soaring on trumpet. The title tune, “Galactic Warrior” roars onto the scene with Santiago Bosch racing across the keyboard, with two fisted power. Track 6, titled “Main Menu,” features a strong bass line by Dany Anka, as Bosch layers his keyboard chords and improvisations. Much of this “Galactic Warrior” music sounds like it could be the background track for a video game. The Santiago Bosch project is a blend of electronic music, funk, fusion and smooth jazz, with the drums of Juan Ale Saenz enlightening and warming this production like solar energy.