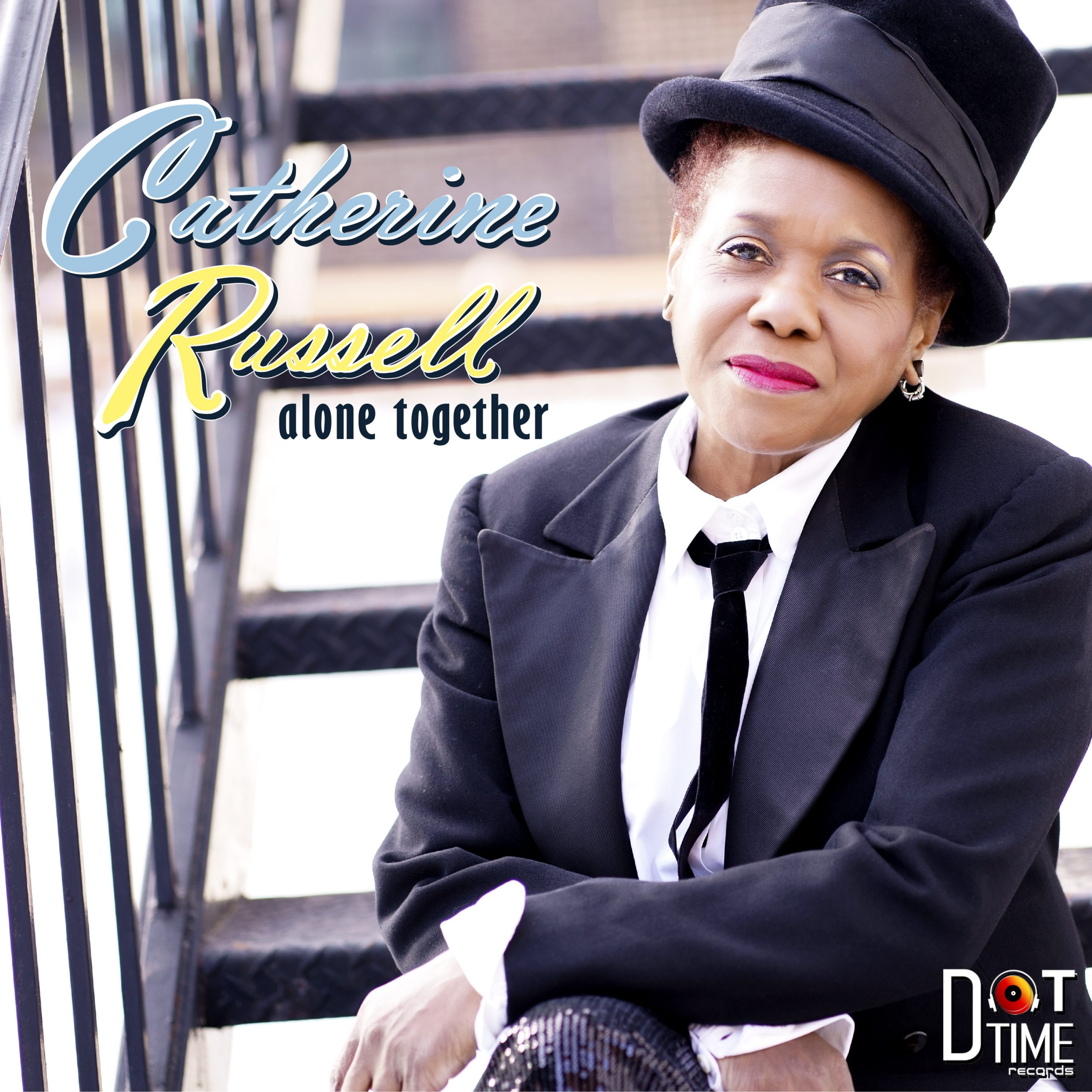 *Read about Catherine in the December Issue of JazzTimes here!*

DOWNBEAT – ★★★★
“Alone Together pulls together a baker’s dozen that forms a cohesive narrative with the singer as the lead character…With an unerring ear for great material and a voice that sounds timeless, Russell is making up for lost time.”

Jazz Times
“Alone Together offers a welcome reminder that there’s no one else in jazz doing what she does, and that the scene would be immeasurably poorer without her.”

Art District Radio
“Gives the music of Louis Armstrong a new and eternal youth, as a tribute to Catherine’s father Luis who was the musical director of Satchmo.”

Black Grooves
“Russell takes the time to show us her capability as a storyteller by making sure that each of these tunes has major elements of blues, putting a much stronger reliance on the lyric.”

Glide Magazine
“Catherine Russell is not only one of the best jazz singers, she is one of our best singers, period…It would be difficult to find a singer of Russell’s caliber in terms of range, versatility, emotion and unerring phrasing.

New York, New York — Dot Time Records is pleased to announce the GRAMMY® nomination of world-renowned vocalist Catherine Russell in the category of Best Jazz Vocal Album.  The 62nd Annual GRAMMY® Awards will take place on January 26th, 8:00PM at the Staples Center in Los Angeles, CA.  Johanan Bickhardt, founding partner of Dot Time Records notes “Catherine Russell is an exceptional artist. She uses her instrument to transcend musical landscapes.  She is a gift that just keeps giving, effortlessly releasing musical messages that balance the heart and soul of a lyric with a keen awareness of style and tonality… Dot Time Records is honored and privileged to have this extraordinary talent in our musical family.”  This is the first GRAMMY® nomination for Dot Time Records.

“I am honored and so grateful to have Alone Together receive a Grammy nomination. I love the process of recording and I’m thankful to have a superb team of collaborators. I appreciate each and every one of you,” said Catherine Russell of her nomination.

With Alone Together, Catherine Russell celebrates her second GRAMMY® nomination.  Her first nomination was for her 2016 release Harlem On My Mind.  The critically acclaimed Alone Together was released on March 1st, 2019 on Dot Time Records.  The album sat atop the JazzWeek Radio Chart for five weeks in a row, entered the Billboard Jazz Chart at #6, the album has been heard on CBS Sunday Morning, and has generated rave reviews from Downbeat Magazine, Mercury News, WBGO, Jazz Journal, and other top-tier media outlets, Alone Together has cemented Russell’s place as the preeminent song interpreter of her day.  Russell previously won a GRAMMY® for her involvement as a featured artist in the Boardwalk Empire soundtrack in 2012.

Over the course of her illustrious career, Russell has appeared on over 200 albums, and with the release of Alone Together, has seven available as a leader. Her 2006 debut Cat (Harmonia Mundi’s World Village) capitulated Russell on to the scene and garnered rave reviews. “She is a fresh and original voice,” wrote Sinatra biographer, Will Friedwald, who picked Cat among his top 10 cds of the year. Russell’s star rose with each subsequent release: Sentimental Streak (2006), Inside This Heart of Mine (2010), Strictly Romancin’ (2012), and Bring It Back (2014). Finally, her sixth album Harlem On My Mind (Jazz Village) garnered Russell her first GRAMMY® nomination in 2016.