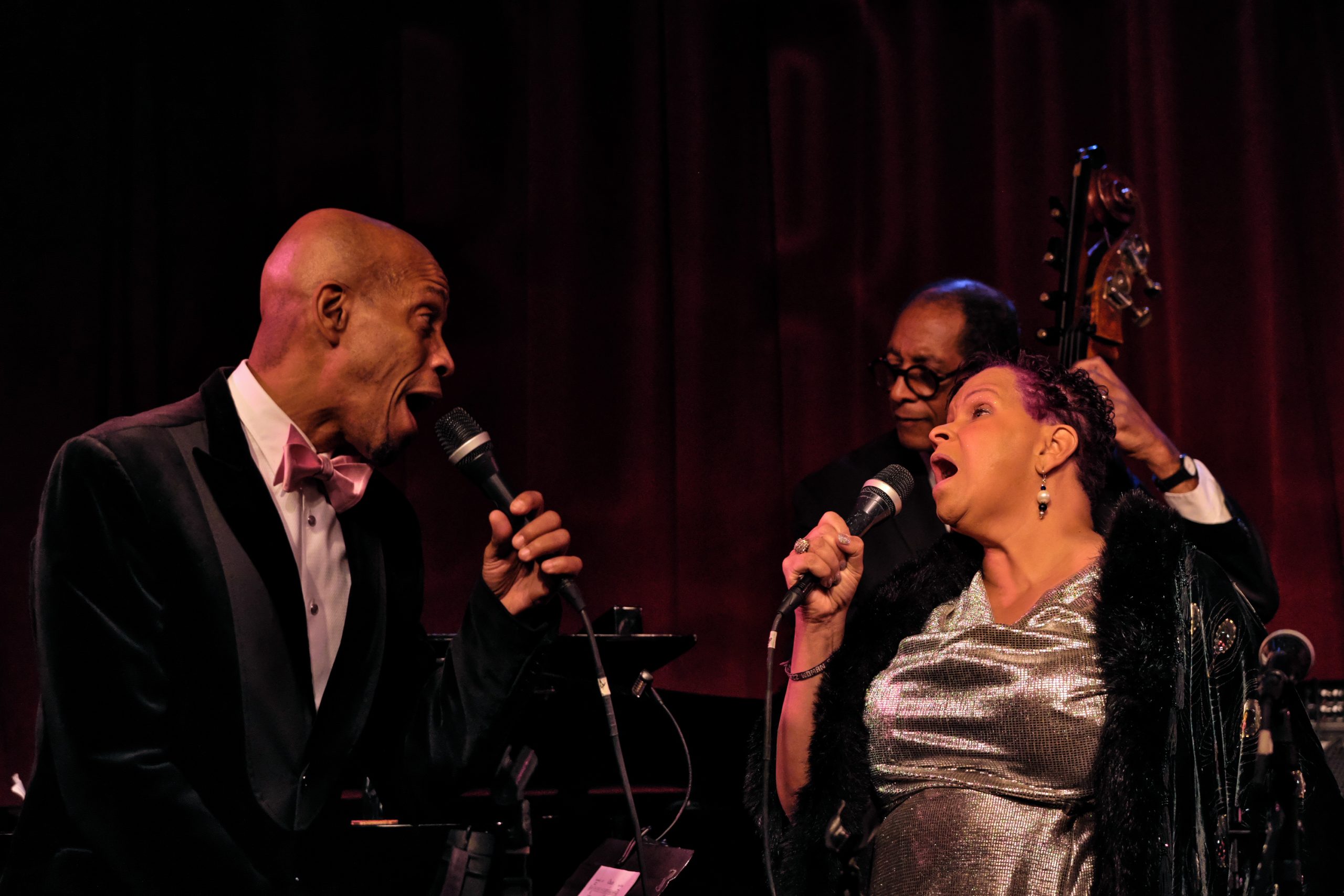 Sunday, November 24th marked New York’s premier jazz event of the season, the 6th New York City Readers Jazz Awards presented by Hot House Magazine, in partnership with Jazzmobile.  A packed house at the iconic Birdland Jazz Club enjoyed an exciting night of music and recognition for the very finest musicians that New York City has to offer.  After over 80,000 votes were cast by fans worldwide, winners of the awards were announced for each of the 19 categories.  A portion of the net proceeds of ticket sales were donated to Jazzmobile to support its mission to present high quality education and performance programs – an endeavor that also provides employment opportunities for our musicians and vocalists.  This year’s honoree was broadcast icon Mark Ruffin, and the Lifetime Achievement Award was given to producer, director and philanthropist Nobuko “Cobi” Narita.

Attendees had the opportunity to witness rare musical collaborations between finalists including Paquito d’Rivera with Akua Dixon and Walter Garro; a spectacular performance by Sounds of A&R; and an All-Star Jam featuring winners John Minnock, Champian Fulton, Pureum Jin, Fukushi Tainaka, Corey Wallace and Lauren Sevian, as well as Ty Stephens, Lynette Washington, Johnny O’Neal, Brent Birckhead and Antoinette Montague.  Danny Mixon’s swingin’ quartet was the house band for the evening.  In addition, some of the most important names in the industry were in attendance, presenting awards throughout the evening.

Mark Ruffin, Program Director of Real Jazz on SiriusXM, was this year’s Honoree.  Upon receiving his award, Ruffin reflected back on a long career and remarked “I knew what my reputation was in Chicago and nationally, and this [referring to the award] makes me feel like a New Yorker.”  Mark Ruffin is a two-time Emmy-winning broadcaster who has been at the helm of SiriusXM’s Real Jazz since 2007. Previously, Ruffin played jazz on the Chicago airwaves for over 25 years.  In addition he was the co-host of the popular syndicated public radio series “Listen Here,” the producer of the first five years of the nationally syndicated Ramsey Lewis radio program and an original staff member of Oprah Winfrey‘s station “Oprah Radio.”  Ruffin worked for over 20 years as the Jazz Editor for Chicago Magazine and has written over six hundred articles on jazz, broadcasting and African-American culture. In addition, Mark has produced eleven albums including the 2015 Grammy-nominated ‘I Wanna Be Evil: With Love to Eartha Kitt’ by Rene Marie, and ‘Offering: The Music of Gil Scott-Heron and Brian Jackson’ by Charenée Wade.  Other titles include recordings by Chicago be-bop guitar legend George Freeman and New York vocalists Barbara Sfraga and Giacomo Gates.  Ruffin received both the Jazz Journalists Association’s Career Excellence Award in Broadcasting and the Duke Dubois Humanitarian Award from Jazz Week in 2017

The Lifetime Achievement Award was presented to Nobuko “Cobi” Narita. Narita is a producer, director and philanthropist whose tireless devotion to the jazz community has spanned over four decades. Among her many achievements, she produced the The New York Women’s Jazz Festival and created the Jazz Center of New York (a performance space for jazz concerts, workshops and jam sessions), and Cobi’s Place, which is a gathering  place for jazz tap dancers. Over the years Narita has been a constant star in the jazz community.  As bassist Earl May noted, “Cobi is the glue for the jazz family. She holds us all together and she’s a guiding light for young musicians.”

The New York City Readers Jazz Awards entered a new era this year with a new name and a new partner.  For the first time, Hot House Magazine is teaming up with Jazzmobile to honor the best and brightest the city has to offer at world-class venue, Birdland. “I have known Robin Bell-Stevens [Director of Jazzmobile] since I bought Hot House in 2002, and besides having respect for her professionalism, her dedication to jazz and the way she runs one of the most important jazz organizations in New York, I have always felt a deeper connection with her,” said Hot House publisher Gwen Kelley. Kelley went on to say that when founding partner Metropolitan Room closed last year and put the award ceremony at risk, Robin and Jazzmobile stepped in to save the event. Both prominent cultural institutions, Hot House Magazine and Jazzmobile are two of the longest running jazz-minded organizations in New York City.

Founded in 1964 by NEA Jazz Master Dr. Billy Taylor and philanthropist and arts administrator, Ms. Daphne Arnstein, with NEA Jazz Master Jimmy Heath, Jazzmobile is the first U.S. not-for-profit arts and cultural organization created just for Jazz. Since its inception, the organization has been bringing high quality Jazz performances and education programs to over 4,000,000 people living or visiting New York City and audiences across the country and around the world. Jazzmobile’s many workshops, masterclasses, lecture demonstrations and arts enrichment programs train the next generation of Jazz vocalists and musicians; while also exposing youth to this art form. Teaming up with Hot House Magazine to recognize and honor those that keep this art form vibrant and potent is a natural next step for the 55-year-old jazz bastion. “Partnering with Hot House Magazine is truly a thrill for Jazzmobile as we continue to grow our fan base and find new ways to carry forth our mission to present preserve promote and propagate America’s classical music, Jazz. This is especially true during our 55th Anniversary year! Thanks to Gwen Kelley, the NYC Readers Jazz Award program is becoming an important Jazz tradition, and we are honored to have been asked to join her,” said Bell-Stevens.

Hot House Magazine has had its finger on the pulse of jazz since 1982. It is the oldest jazz magazine in New York City and the only regular publication dedicated to previewing upcoming jazz performances and events. Hot House is more than just a guide book; it is a monthly must-read and could even be considered New York’s jazz bible. The publication features a dynamic range of jazz artists in the tri-state area from and up and coming performers to Grammy-winners and jazz legends. Hot House Jazz Magazine is free of charge and available throughout the New York metro area, thus keeping with it mission of making jazz accessible and available to all. The two organizations see their seminal partnership in presenting the 6th NYC Readers Jazz Awards. This event aligns with the mission of both organizations, allying with the talented men and women who work tirelessly to share their passion with audiences, ensuring a vivacious future for this art form.