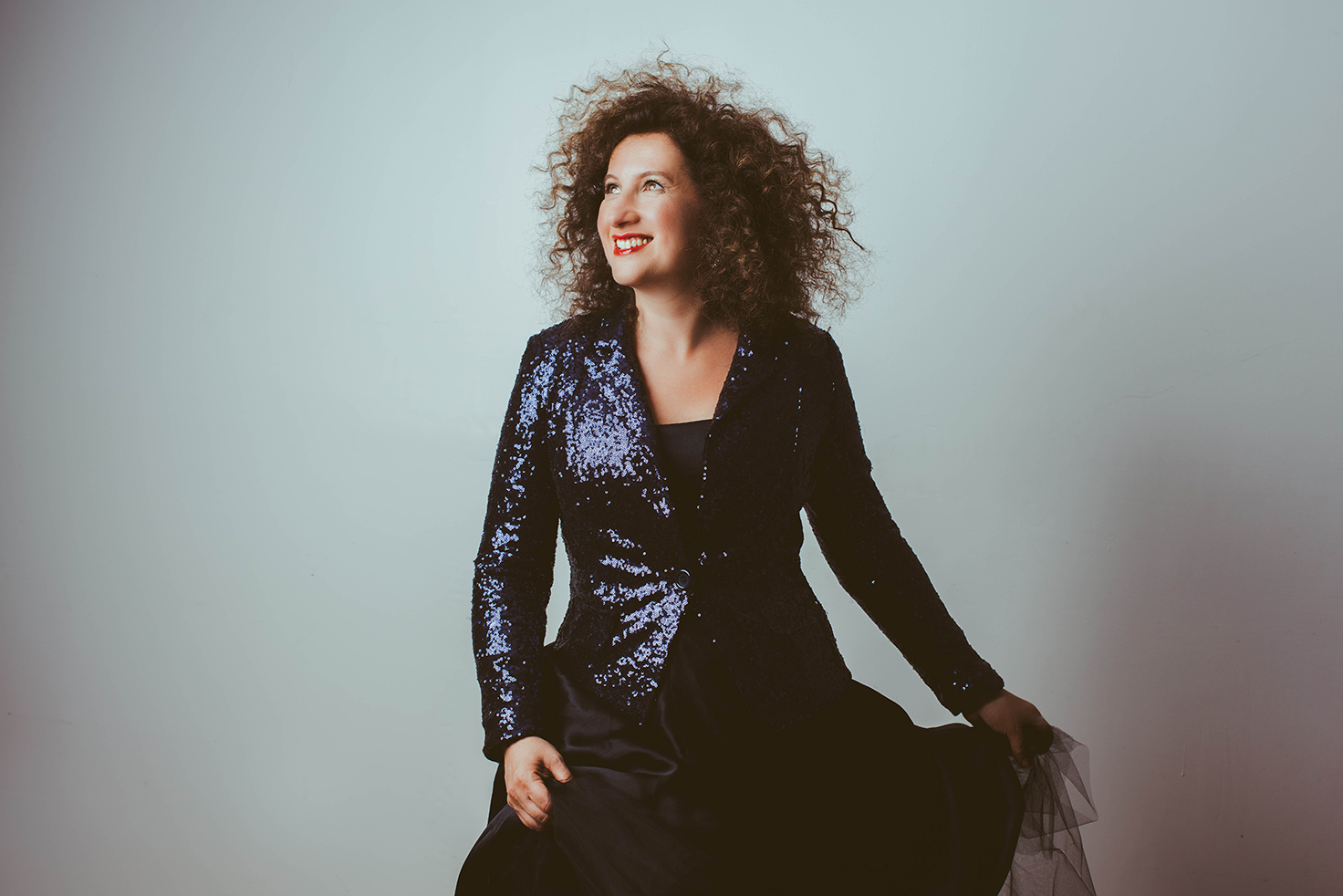 Svetlana & the Delancey 5 have had a memorable run as one of New York’s most colorful swing bands. But their charismatic Moscow-born frontwoman is much more eclectic than most of the other oldtimey hot jazz chicks in town – and you can hear it in her voice. Her latest album Night at the Movies – streaming at her music page – is a total change of pace for her, yet in a way it’s a logical step forward for someone who was always too sophisticated to be fenced in by just one style. It’s a collection of movie music. Peggy Lee and Mel Torme – iconic voices, but worthy comparisons – made lavishly escapist records like this, although neither of them had to escape Soviet ugliness as so many other Russians did before the Chernobyl disaster bankrupted the regime. You can get a sense of that at her quartet gig Nov 21, with sets at 7 and 9 PM at the newly opened, ambitious Made in New York Jazz Cafe & Bar at 155 5th Ave off Degraw in Park Slope. You can get in for free; it’s ten bucks for a table. Take the R to Union St., walk uphill and back toward Atlantic.

Svetlana is at her balmiest throughout the album’s opening track, a lushly orchestrated bossa-nova take of In the Moonlight, from the 1995 flick Sabrina – it’s a good showcase for her impeccable nuance and remarkably vigorous low register, considering that the song is essentially a simple two-chord vamp. Sullivan Fornter’s terse piano cuts through the orchestration in the torch song Sooner or Later – not the Skatalites classic but a Sondheim track sung by Madonna in the 1990 Dick Tracy film.

Svetlana pairs off with her bud, trombonist/crooner Wycliffe Gordon – whose deviously entertaining charts she’s used for years – in the swing standard Cheek to Cheek, a throwback to the classic Ella Fitzgerald/Louis Armstrong duets. Their remake of Pharrell Williams’ Happy, from 2010’s Despicable Me, is even more of a revelation: who knew what a great blues tune this could be?

Svetlana makes an elegant ballad out of Pure Imagination, a devious stoner theme from the Willy Wonka movie, with a sly take of a lyric that works as well for experienced older people as well as for the kids. Her disarmingly intimate duet intro with guitarist Chico Pinheiro on Moon River is the coolest interpretation of that song since the days when REM used to surprise audiences with a janglerock version.

Fortner’s celestial gravitas matches the bandleader’s knowing, wistful take of the standard When You Wish Upon a Star. Michel Legrand’s Watch What Happens, from the 1964 film The Umbrellas of Cherbourg is an unexpected match of jaunty, New Orleans-tinged swing and bruised hope against hope, with a jaunty Jon-Erik Kellso trumpet solo.

John Chin’s crushingly crescendoing piano in a sambafied take of Remember Me, from the 2017 film Coco, contrasts with Svetlana’s lushly bittersweet delivery. She sings Boris Pasternak’s ominous lyric from No One’s In This House – from the 1975 Russian drama Irony of Fate – as latin noir, spiced with Sam Sadigursky’s moody clarinet. The band reinvent the Charlie Chaplin classic Smile as a gentle latin swing tune, then make a chugging New Orleans romp out of Randy Newman’s Almost There, from the 2009 Princess & the Frog film. Has anybody ever done so many unexpected things with so many movie songs?

The epic cast of characters here also includes but is not limited to Rob Garcia and Matt Wilson on drums, Elias Bailey on bass, Rogerio Boccatto on percussion, Michael Davis on trombone, Antoine Silverman and Entcho Todorov on violin and Emily Brausa on cello.