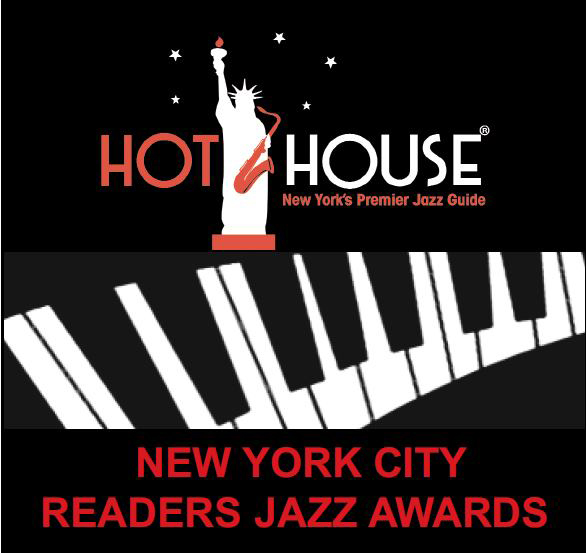 Sunday, November 24th marked New York’s premier jazz event of the season, the 6th New York City Readers Jazz Awards presented by Hot House Magazine, in partnership with Jazzmobile. A packed house at the iconic Birdland Jazz Club enjoyed an exciting night of music and recognition for the very finest musicians that New York City has to offer. After over 80,000 votes were cast by fans worldwide, winners of the awards were announced for each of the 19 categories. A portion of the net proceeds of ticket sales were donated to Jazzmobile to support its mission to present high quality education and performance programs – an endeavor that also provides employment opportunities for our musicians and vocalists. This year’s honoree was broadcast icon Mark Ruffin, and the Lifetime Achievement Award was given to producer, director and philanthropist Nobuko “Cobi” Narita.

Attendees had the opportunity to witness rare musical collaborations between finalists including Paquito d’Rivera with Akua Dixon and Walter Garro; a spectacular performance by Sounds of A&R; and an All-Star Jam featuring winners John Minnock, Champian Fulton, Pureum Jin, Fukushi Tainaka, Corey Wallace and Lauren Sevian, as well as Ty Stephens, Lynette Washington, Johnny O’Neal, Brent Birckhead and Antoinette Montague. Danny Mixon’s swingin’ quartet was the house band for the evening. In addition, some of the most important names in the industry were in attendance, presenting awards throughout the evening.