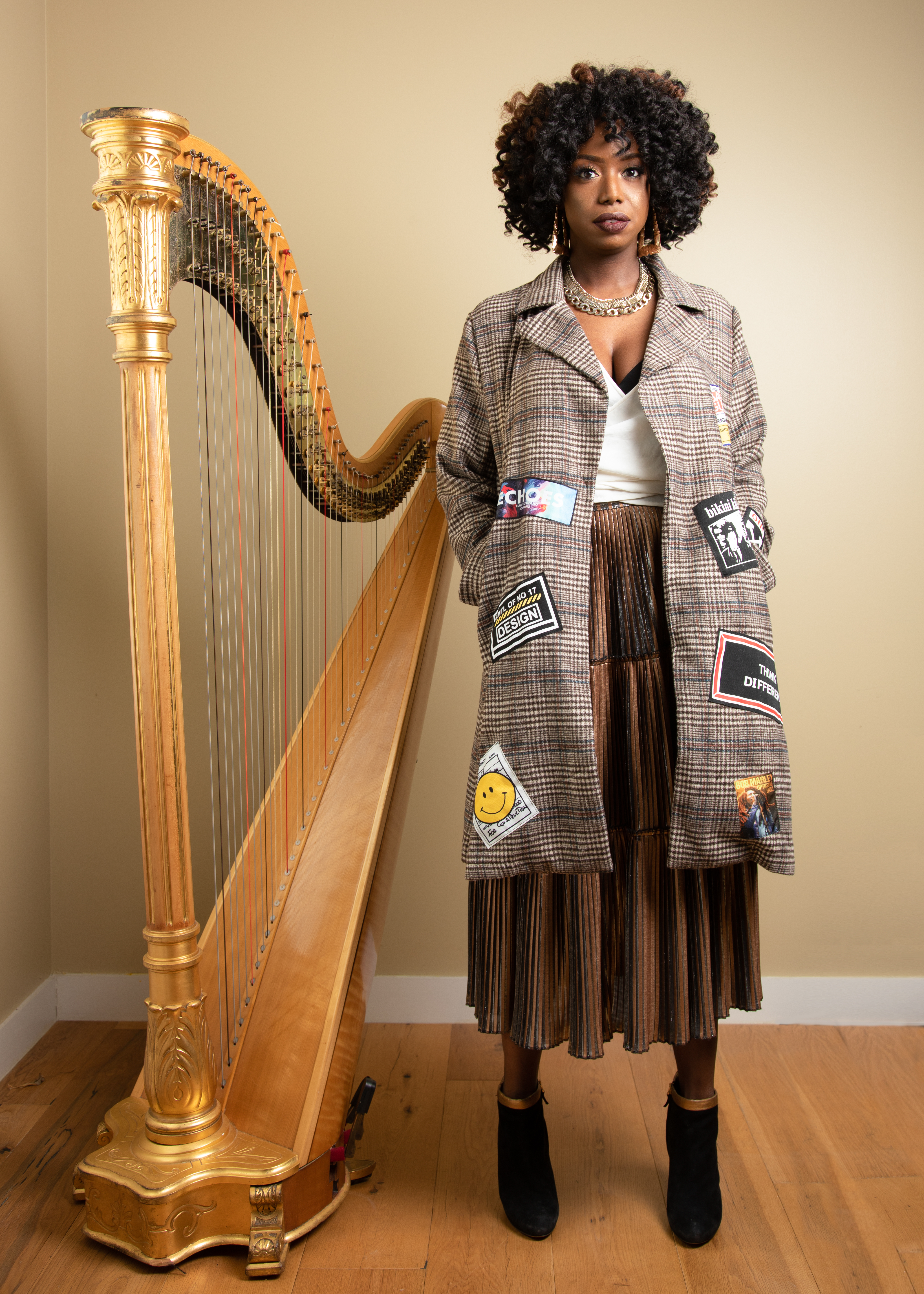 Brandee Younger has already made a lot of waves as a rarity in the jazz world, a concert harpist. Even with amplification, it’s hard to hear that instrument’s pointillistic (most would probably say celestial) tones over drums, piano or blazing brass. That undoubtedly explains why, beyond Dorothy Ashby and Alice Coltrane, jazz harpists have been such an anomaly. And might also explain why Younger’s catchy, accessible new album, Soul Awakening – streaming at Bandcamp – mirrors Coltrane’s atmospheric, tectonically shifting approach, if more kinetically. Younger’s playing the album release show with an excellent quintet featuring Chelsea Baratz on sax at the Miller Theatre on Nov 16 at 8 PM; you can get in for $20.

Younger opens the album with Soulris, a moody modal number, rippling and shifting from insistent chords to a series of waves as Ravi Coltrane’s tenor sax delivers edgy chromatic variations over the surprisingly bustling rhythm section of bassist Dezron Douglas and drummer Chris Beck. The Alice Coltrane influence is obvious but welcome. Because Younger is up in the mix, all this works out fine…in the studio at least.

Track two, Linda Lee also has a biting, vampy quality, the bandleader playing meticulous, piano-like cascades as Baratz’s sax weaves over a shapeshifting funk shuffle. Ravi Coltrane again carries the melody as the balmy jazz waltz Love’s Prayer gets underway, Younger providing lushness and ripples, up to a spacious, judicious solo. Beck (EJ Strickland plays on most of the other tracks) has his hands full staying chill even as the pace picks up joyously, moving further toward the center as Younger recedes.

Respected Destroyer, a big, vampy anthem, has bracing Asian tinges, Younger circling behind bright, direct horns: edgy blues riffs on the harp get handed off to a similarly bracing, blues-infused minor-key Sean Jones trumpet solo. Games, a darkly slinky Ashby bossa nova, could be the album’s best track: it would take both a piano and a guitar to do everything Younger’s doing here, right down to that wry Doors quote. And it’s awfully cool to hear the strings of a harp bent for blue notes.

Younger’s remake of Marvin Gaye’s Save the Children is energetic and plaintive, with vocals by Niia. The album’s title track slowly coalesces in a Coltrane vein, horns chattering and fluttering as the bass holds the center, Younger winds up the album with its most majestic, epic number, Alice Coltrane’s Blue Nile, done as a staggered blues. Antoine Roney’s Jaggedly delicious, microtonal sax and Younger’s adventurous riffs, from Asian-tinged washes to droll glissandos and balletesque, leaping chords make this a texturally unusual showstopper.