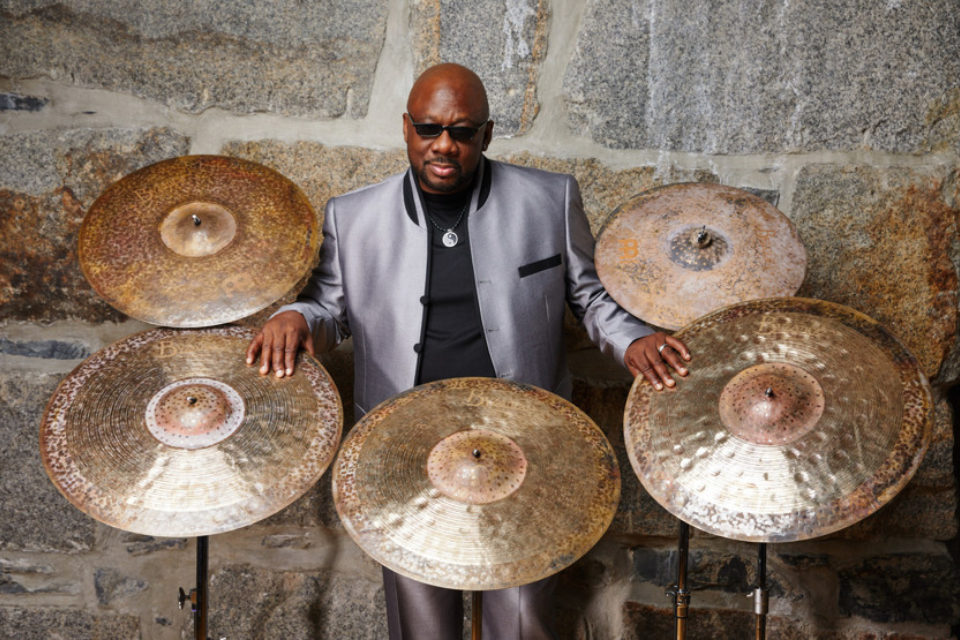 By Rita Charleston, The Philadephia Tribune

“Whatever you want to call it, it’s Black music,” says renowned drummer Ralph Peterson describing his feelings about jazz. “But it belongs to the world now, and all people of all races and creeds and colors play it. Nevertheless it remains an African-American music form.”

And he should know. For more than 30 years, Peterson has been one of the most distinctive and recognizable drummers in jazz.

Besides his incomparable talent behind the drum kit, and collaborating with the likes of Branford Marsalis, Roy Hargrove, Betty Carter and many others, Peterson was hand-picked by the late, great Art Blakey as only the second drummer in the legendary bandleader’s Jazz Messenger Big Band until Blakey’s death in 1990.

Art Blakey’s Jazz Messengers was a classic jazz band for nearly four decades and featured a constant influx of only the best young musicians. And now, some of the group’s elite alumni, led by Peterson, will gather together at the Annenberg Center on Nov. 16 to commemorate the 100th anniversary of Blakey’s birth and the legacy he created by providing a life-changing apprenticeship for over 200 jazz musicians.

“Art was an incredibly wise and funny and father-like figure. He believed in the importance of the audience and playing to audiences not at them. And he taught us all this and much, much more,” Peterson remembers.

“He also emphasized that playing music is a privilege and a service, and that no matter how much you may know about music you have to reach the audience that you’re playing for. You have to be mindful and sensitive to them.

“I learned so many things from him, including the fact that respect is the most important thing you take with you after you leave this earthly place. He used to say you never see an armored car following a hearse,” Peterson recalls.

On his way up, Peterson, who came from three generations of drummers, including a father who grew up in South Philly, took all those lessons to heart.

“I dabbled with the trumpet for awhile and still do. One of the reasons I started my record label (Onyx Productions Music Label) was to do a trumpet record, but about six months before I thought I was ready, I got an attack of Bells Palsy and had to then start from scratch. But it’s something I’m looking to possibly doing in 2020.”

But this time around Peterson, who was the last drummer ever to play in the band alongside the drum maestro himself, will be concentrating on his drums as he’s joined by another Messenger alum, saxophonist Bill Pierce, trumpeter Brian Lynch, bassist Essiet Essiet and newcomers, trombonist Robin Eubanks and pianist Zaccai Curtis.

Today, aside from performing, Peterson is also a teacher, readying other talented young performers to take the stage someday. Among his many other appointments over the years, including Julliard, Rutgers, Princeton and the University of the Arts, he is currently a full professor of percussion at the prestigious Berklee College of Music.

“I want to leave my students with one word: Truth. I was lucky enough to learn from the masters that I studied with when I went to school to major in music,” Peterson says. “And I think it’s important that music be available to study in all schools, from grammar school to college. I also believe that if you want to be a musician you should study music.”