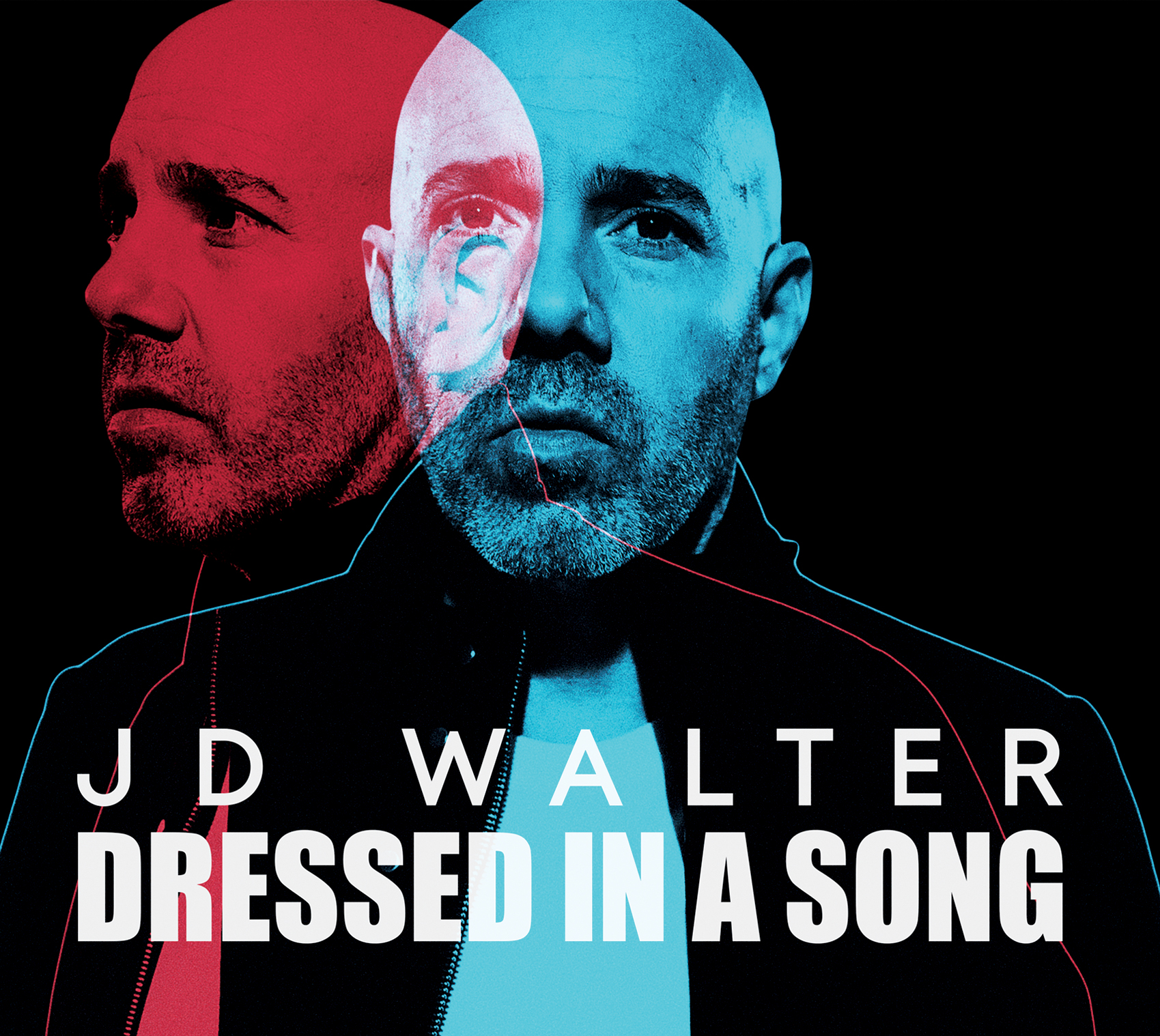 JD Walter is Dressed in a Song on JWAL Records Out Worldwide on February 7th, 2020

“He’s built a reputation for going down his own idiosyncratic path, while simultaneously crafting music that’s at once accessible and adventuresome, and undeniably soulful.” – John Murph, Downbeat Magazine

When it comes to defining the ever-evolving musical artistry of renowned vocalist JD Walter, love is most beautifully expressed when it comes Dressed in a Song. Perfectly reflecting the multi-talented vocalist, eclectic recording artist and well-traveled performer’s career long credo that “being a musician is being a verb, an ever-changing force,” the singer’s new album is a unique session pairing his versatile lead voice on a collection of standards and originals with six of jazz’s most inventive pianists and improvisers. Testament to Walter’s ongoing dedication to his craft, the collection also represents a powerful comeback for the singer, his first release since recovering from a life-threatening heart condition and surgeries on his heart and vocal cords. Dressed in a Song will be available worldwide on February 7th, 2020.

Produced by Walter and Grammy winning producer and veteran jazz A&R exec Al Pryor, Dressed in a Song features piano-vocal duets with three veteran pianists that Walter has known and worked with for over 25 years – Jim Ridl (“You Go To My Head”), Orrin Evans (“What The World Needs Now”) and Jean-Michel Pilc (“Can It Be Done”). The singer also duets with Marc Cary on the original “Brother John” and Taylor Eigsti on the title track, also penned by Walter. Breaking from the piano-vocal duet mode, Walter colors his composition “The Last Muse” with a trio that includes up and coming piano sensation Julius Rodriguez, bassist Ben Wolfe, drummer Obed Calvaire and features vocals by Becca Stevens, who also plays charango.

Dressed in a Song is both a departure and, in a sense, a return to form for the vocalist. “My first four records were straight ahead jazz with no electronics, and then I got into electronica and somehow developed the reputation of being the ‘progressive jazz vocalist’ who does the electronic thing. I wasn’t so much trying to sound different from anyone else. It was my own personal exploration and evolution. I have been fortunate to play over the years with so many great pianists and I conceived Dressed in a Song after realizing I hadn’t done anything this intimate before.”

While recording Dressed in a Song, Walter experienced a life-threatening health issue that took him off the road and out of the studio for several years. Before his health scare, Walter recorded the haunting 5/4 version of “What The World Needs Now” (which is expressed as a prayer for peace), a mesmerizing, briskly paced pseudo-Latin spin on “You Go To My Head” and the impressionistic, gently whimsical “Can It Be Done,” a classic New Orleans blues once recorded by Weather Report. Also tracked before his illness was the song that became the title track and the emotional centerpiece of the album. The beautiful, tenderly yet dramatically rendered “Dressed in a Song” is dedicated to the mother who took in Walter, an orphan, at age one and raised him. She was and is a musician who gave him a place he could escape to in music. “She nurtured me musically and helped me find my space of intimacy as a sensitive child,” he says.

The two original compositions were written and recorded after Walter’s successful heart surgery. “The Last Muse”, which is the only non-duet on the collection and features special guest vocalist Becca Stevens, is an expansive, sweeping and lyrical, 11-minute expression of love featuring vibrant, reflective images that illustrate vignettes from his early meetings and romance with his current girlfriend. Blending melancholy with slivers of hope for answers, “Brother John” is a powerful song written for Walter’s best friend from childhood who took his life almost a year ago. Writing the song helped Walter express his sorrow while confronting his own struggles with depression, including during the dark days and financial hardship incurred during his time away from music.

The final track on Dressed in a Song is Walter’s exquisite take on the traditional hopeful hymn/lullaby “All Through The Night,” which he used to sing as a child to fall asleep to when he was afraid. Fascinatingly, in addition to adding a bit of vocal scat, he showcases all of the pianists on the album except for Taylor Eigsti, sometimes two or three at a time. The album includes a version of the song that is edited down from his original recording, which featured a four-minute intro that morphs like a puzzle from one pianist to the next, and sometimes in tandem and as a trio. This version will be available as an advance download before the album’s release.

In addition to being a featured artist at countless clubs, performing arts centers and jazz festivals all over the world, Walter has performed numerous clinics for the National Academy of Recording Arts and Sciences, the Music Educators National Conference, taught at the prestigious Sebelius Conservatory in Helsinki Finland, Jazz Palau De Valencia in Spain, The Athenian conservatory, Ionian University in Greece, The University of North Texas, New Orleans University, The Moscow Music Consort, and the Kazan Music Conservatory in Russia. Walter was formerly an adjunct professor at the University of the Arts in Philadelphia, The Aaron Copland School of Music at Queens College, The New School, City College, and Long Island University.

Walter is a regular on the music scene in New York, having headlined at such venues as Lincoln Center, The Jazz Standard, The Blue Note, The Jazz Gallery, Joe’s Pub, The Tribeca Performing Arts Center, Sweet Rhythm and Smoke, and the famed 55 Bar. He currently resides in New York City, teaches privately and regularly abroad at The Prince Claus Conservatory in Groningen, Holland, The Jazz and Music school in St. Petersburg, and at the Music Wave School in Moscow. His recordings include Sirens in the C-House (2000), Clear Day (2001), Dedicated to You (2004), 2Bass, a Face and a Little Skin (2004) Live in Portugal (2008), Live at the 55 Bar (2009) and One Step Away (2013) and Standards at Qubic (2016).