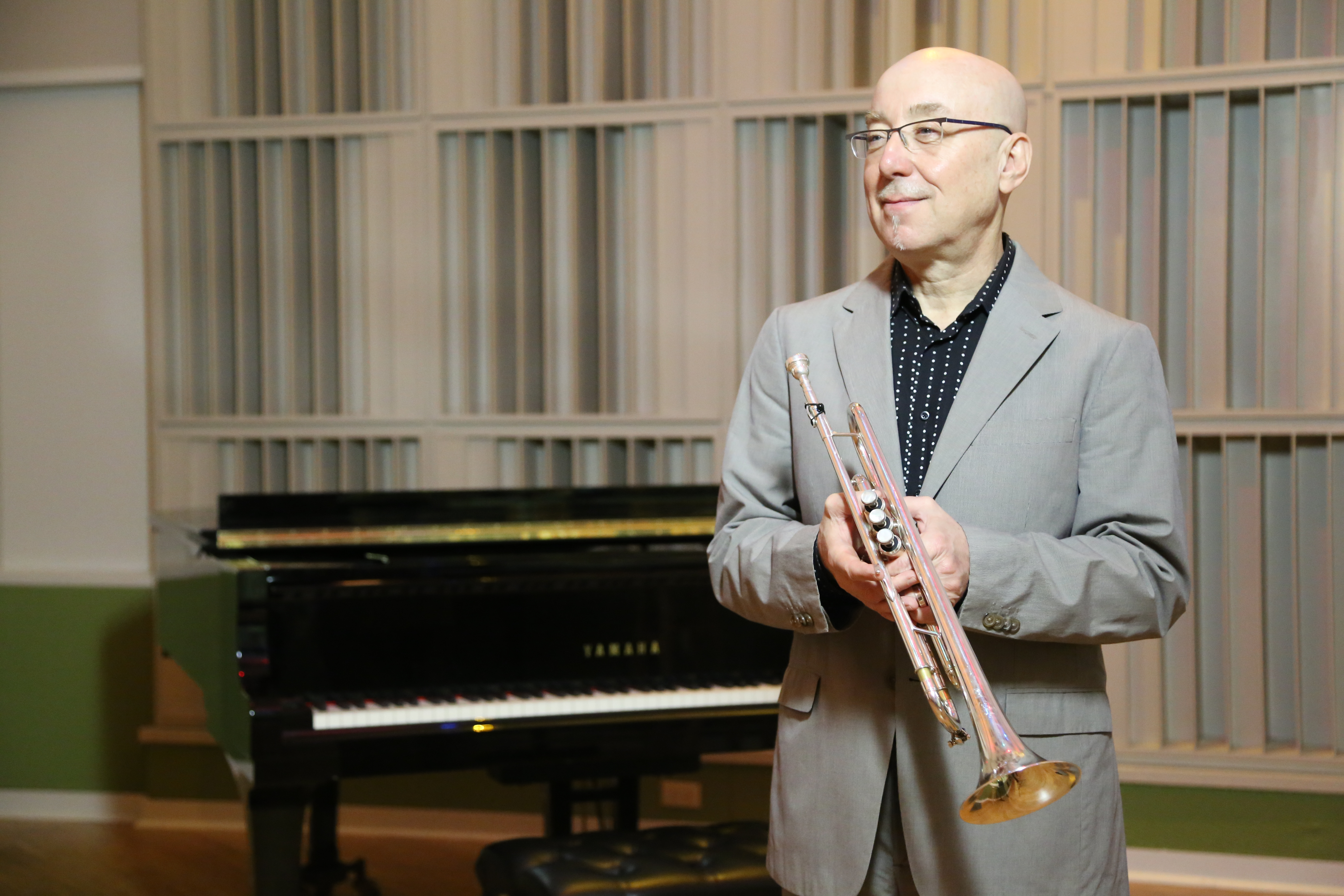 Born in Urbana, Illinois, and raised in Milwaukee, WI, trumpeter Brian Lynch began playing at a young age and apprenticed in the band of pianist Buddy Montgomery.  Before moving to New York City from San Diego, CA, in late 1981, Lynch also played with saxophonist Charles McPherson.  Once he got to the Big Apple, he started to work in groups led by Horace Silver and Toshiko Akiyoshi and in the final edition of Art Blakey’s Jazz Messengers as well as spending 20+ years as a member of the Phil Woods Quintet. Lynch has a simultaneous career playing Latin Music, starting in 1982 with Angel Canales, with vocalist Hector LaVoe, and a long-standing gig with Eddie Palmieri.  He’s conducted workshops throughout the world plus has been on the faculties of NYU, Long Island University, and currently serves on the faculty of the Frost School of Music at the University of Miami.

Lynch has recorded numerous albums for labels such as Criss Cross, Sharp Nine, Venus Records, Cellar Live, and since 2009, has released six albums on his own Holistic MusicWorks label.  His new albums combines his love of Latin music, big band jazz, and, especially, reading.  “The Omni-American Book Club: My Journey Through Literature In Music” (HMW) takes its name from a 1970 essay by Albert Murray (1916-2013) and features a 19-piece band plus guests (see “Personnel” below) playing nine pieces (plus two “extended version”) composed and arranged by Lynch.  Each song is dedicated to two writers, activists, and/or educators – the extensive liner notes talk about each dedicatee and the particular  book or books that inspired Lynch.)

It is nearly impossible to choose which songs to focus on since each one stands out.  Drummer Dafnis Prieto is in the “driver’s seat” for the opener “Crucible For Crisis” (for David Levering Lewis and W.E.B. DuBois) – the music will make you jump out of your chair (or just shake the windows of the car as you speed down the highway. There are powerful solos from Prieto, flutist “Maraca” Valle, and Lynch over the delightful rhythm section plus pay close attention to how the drummer pushes his fellow musicians to the boiling point as they bring the song to a close.  “The Trouble With Elysium” (for Naomi Klein and Mike Davis) turns the spotlight on David Liebman and his expressive soprano saxophone.  Kyle Swan is the drummer here and he keeps the rhythms percolating as does pianist Alex Brown; Liebman gets into a musical conversation with tenor saxophonist Gary Keller that nearly steals the show. Regina Carter and Lynch take the lead on “Affective Affinities” (for Ned Sublette and Eric Hobshawn), the only true ballad on the album. Especially delightful is when the two mesh their musical voices and then, as the rhythm section kicks the music up a notch or two, the violinist and trumpeter start trading quick solo lines.  As baritone saxophonist Mike Brignola leads the reeds back in, Ms. Carter flies above the band, dancing all the way.

There’s so much music (nearly two hours over two CDs) on “The Omni-American Book Club“, such a good ensemble, impressive writing, first-class soloists, and a reminder American music has deep roots in the numerous communities around the country and the world. The blend of blues, jazz, funk, Latin, Afro-Cuban, and more is so attractive plus the distinctive trumpet sounds and attack of Brian Lynch is powerful and so alive.  Highly recommended!!