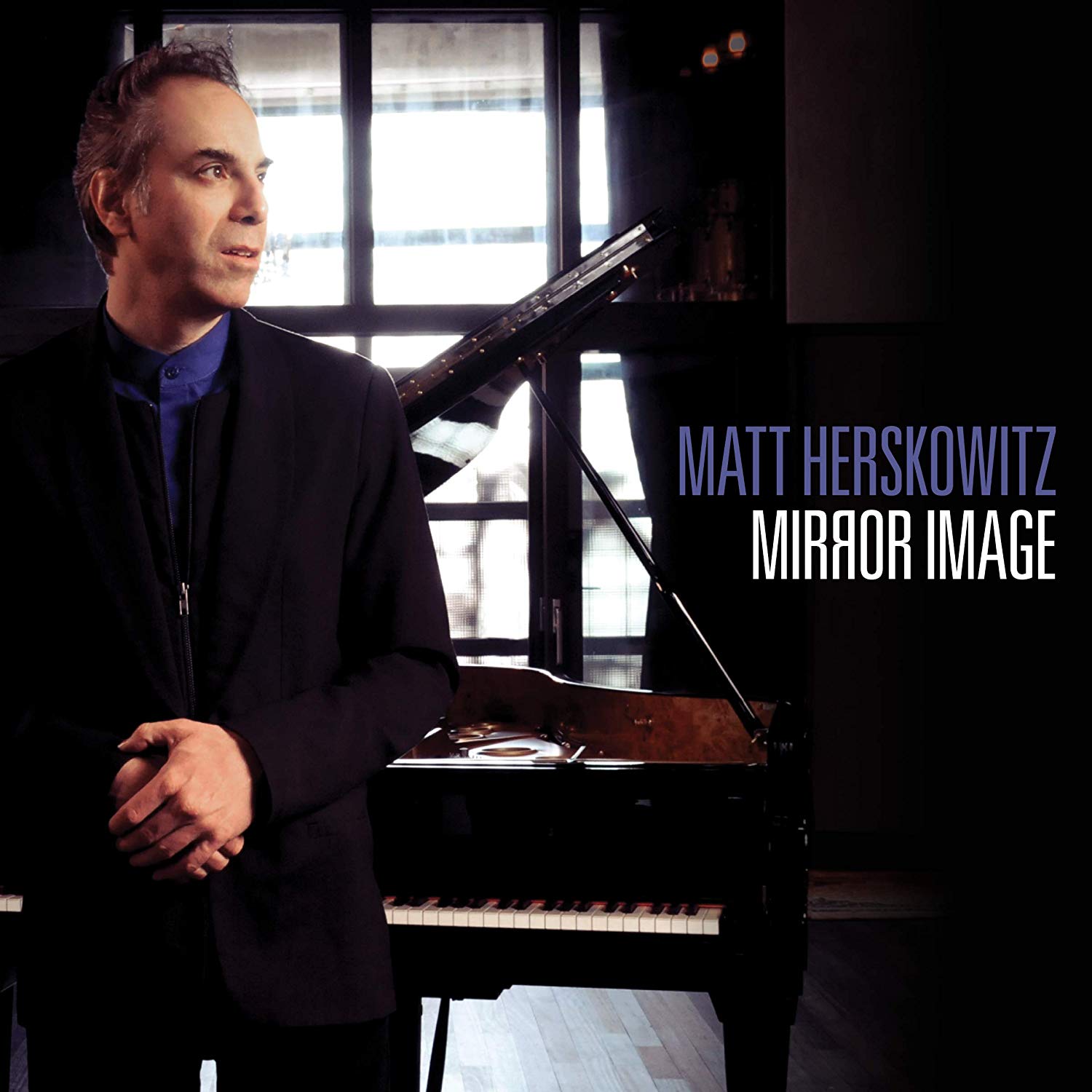 October 25, 2019 — Justin Time Records is proud to present the release of Matt Herskowitz’s Mirror Image.  For his second solo album with Justin Time, Mirror Image, Matt aims to explore what’s become an increasingly prominent theme in his playing and composition: the reconciliation of his jazz and classical sides. “The six original compositions on this album saw their creation early on in the artist’s career, and are revisited here through the lens of 25 years of experience in Jazz, Pop and World music performance. The album also includes three new arrangements of classical works by Ravel, Satie, Schubert and Gottschalk. After years of intensive study, degrees from the Juilliard School in New York and the Curtis Institute of Music in Philadelphia the Albany-native pianist could now bring the right balance, both in arrangement and improvisation, to these works. These tracks all have one thing in common: an organic fusion of contemporary jazz harmonies wrapped in a classical approach.”

While Herskowitz has been blending elements of classical and jazz composition for some time now, his notable duo Piano Caméléons is known for improvising in a jazz style over well-known works from the classical repertoire, Mirror Image sees the seamless integration of these two musical paradigms.  Herskowitz distinguished himself as a talent deserving of wider recognition with his first solo piano release, 2007’s Matt Herskowitz Plays Gershwin.  His first solo venture featured arrangements of “Rhapsody in Blue,” “Concerto in F” and “Cuban Overture.”  As a follow-up, the pianist-composer showcases the art of solo piano on Upstairs, recorded before a live audience in the intimate setting of Upstairs Jazz Bar & Grill of Montréal, Herskowitz’s adopted home since 2000.  Drawing on his classical training and his deep love of jazz, Herskowitz presents an artful blend of musical styles with direct nods to Michel Petrucciani, Dave Brubeck, George Gershwin, J.S. Bach and Robert Schumann along the way. Downbeat magazine praised Upstairs in its Editor’s Picks: “Throughout these eight tracks, [Herskowitz] displays touch, power, artistry and chops along with a firm grasp of the daring needed for a great performance.”

“Herskowitz’s newest exploration, Mirror Image begins with the pianist’s nod to French composer Erik Satie, “Gnossiene No.1”. The piece has a reflective, contemporary and tranquil energy to it that flashes shades influenced by the work of Chick Corea and Keith Jarrett. (optional continuation:) The piece is paired with Schubert’s Moment Musical no. 3, reimagined here as a Tango; Herskowitz noticed that they both share a strikingly similar melody, and the resulting medley is surprisingly smooth and seamless. The title track, “Mirror Image”, features haunting refrains and contrapuntal playing that harkens back to Herskowitz’s time studying the great classical composers. However, deeply intertwined with these classical concepts are the harmony and language inherent to the jazz idiom.  Closing out this third-stream tinged masterpiece, Herskowitz performs the jazz standard “My One and Only Love” with his signature blend of classical and jazz.

“I feel that this album finally brings together my classical and jazz sides, both old and new, in a very organic way. Whether it’s through “Tribute to John Coates”, the Ravel Concerto [“Piano Concerto in G Adagio Assai” or Satie’s “Gnossienne no. 1..”, it’s all one cohesive sound, one style coming from two worlds that seem opposed but are not; Classical and Jazz have cross- pollinated since the early 20th century, and their musical histories have reflected that mutual inspiration ever since,” says Herskowitz.