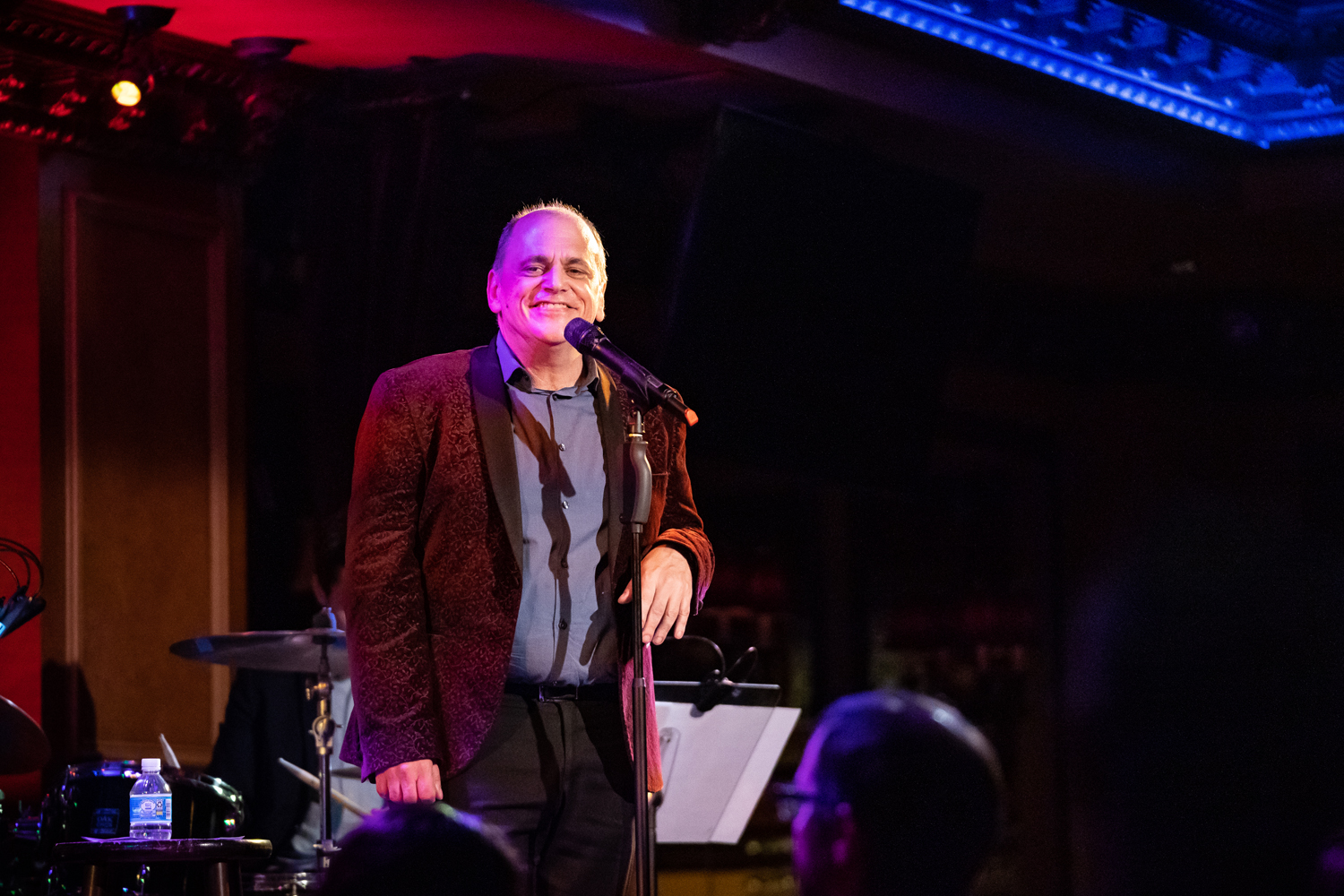 On Friday, September 20th, fan-favorite jazz vocalist John Minnock presented an encore performance at Feinstein’s/54 Below. Once again, Minnock was joined by NEA Jazz Master saxophonist Dave Liebman and his stellar band consisting of pianist Enrique Haneine, bassist Carlos Mena and drummer Pablo Eluchans. Feinstein’s/54 Below was filled to the brim with an attentive and energetic audience who raucously applauded after every song.

Minnock performed much of his signature material, including the showstopper “New York, New York” (by Jay Brannan), the always beautiful “Moon River” and the gorgeous Sara Bareilles title “Manhattan”, along with several other cuts from his new album Right Around The Corner. Minnock’s take on the Judy Garland classic “Get Happy” was a highlight as his voice danced with Liebman’s angular soprano lines to produce a hauntingly beautiful, highly original rendition.

Two new songs were added to the set list this time around: “On Green Dolphin Street”, which expertly showcased Minnock’s vocal prowess as he traded choruses with Liebman, and “Stardust”, which demonstrated the singer’s stellar technique as he successfully navigated the famously difficult melody.

Minnock’s star continues to rise with every performance and his second outing at Feinstein’s/54 Below proves that his brilliant March debut was not a fluke – he really is that good.