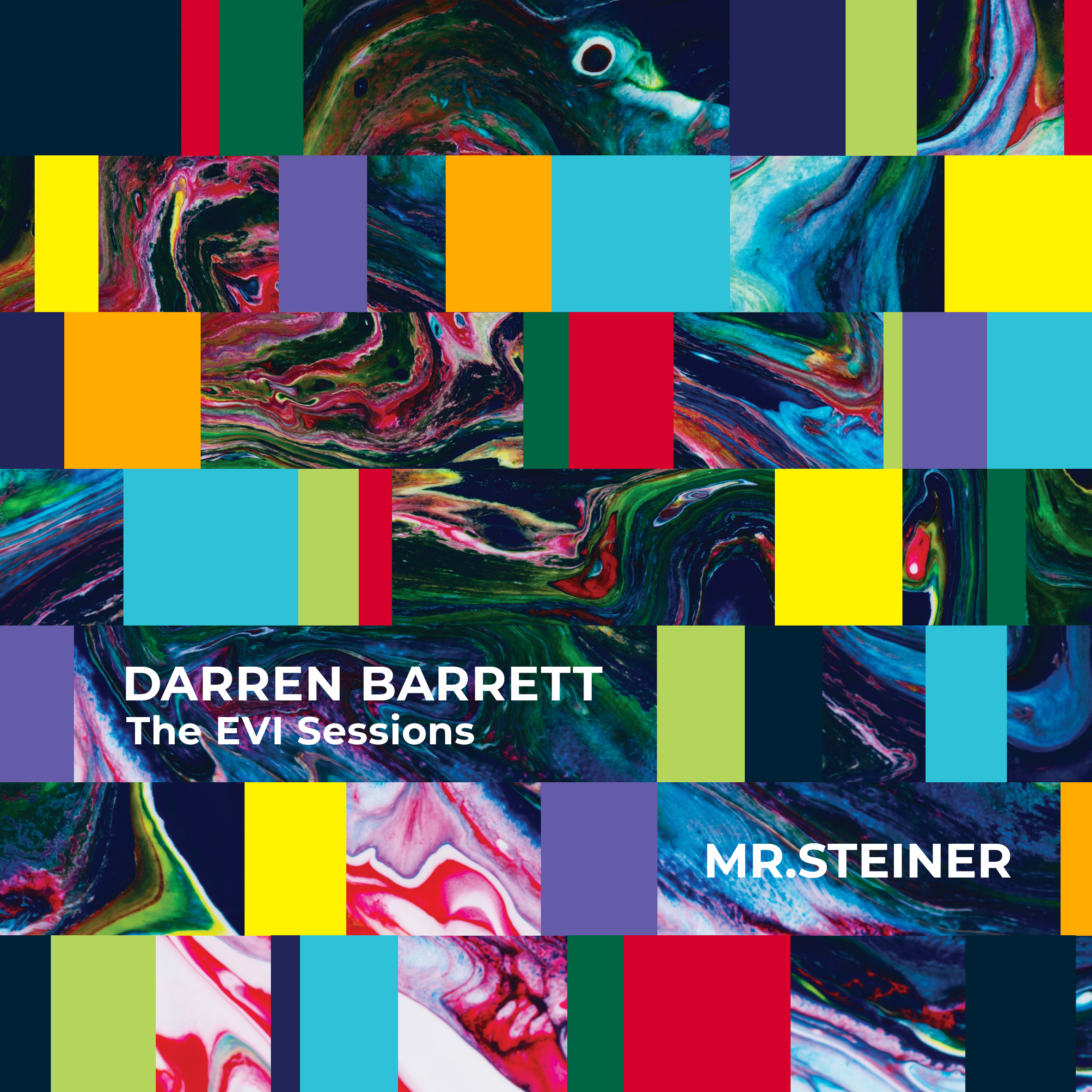 Trumpeter, composer and multi-instrumentalist Darren Barrett is proud to announce the November 8th release of his new album Mr. Steiner on his label dB Studios. On this nine-track collection of originals, Barrett delves into the world of synthesis guru Nyle Steiner, credited for the invention of the EVI (Electronic Valve Instrument) as well as the EWI (Electronic Wind Instrument), made popular by saxophonist Michael Brecker. Created in the 70s, the EVI presents trumpeters with a truly innovative and inventive new sound palette to draw from in performance, composition and production. Here, on Mr. Steiner, Darren Barrett delivers the true and full potential of the EVI by teaming the instrument with complementary melodies and augmentative orchestration. Barrett exudes, “the EVI for the trumpeter is just another instrument one can add to their arsenal just like the Flugelhorn or mutes…not only fun to play, it opens up your mind to new things.” Celebrating the marriage of electronic instrumentation and jazz sensibilities, Mr. Steiner marks Barrett’s reunion with saxophone legend Kenny Garrett, with whom the trumpeter recorded his first studio album First One Up, produced by Donald Byrd. Acclaimed guitarist Kurt Rosenwinkel is featured on one track on Mr. Steiner (his third consecutive appearance for dB studios), and special guest saxophonist Noah Preminger displays his unique forward thinking approach to music here as well.

The EVI is a midi wind controller – a wind instrument that is capable of controlling any midi synthesizer, with breath control being an important component for expression. Similar to a trumpet, octaves are achieved through the octave roller with the left hand while notes are played with the right hand based on conventional trumpet fingerings.  To achieve sound, no trumpet buzzing is needed as one simply applies air into the mouthpiece sensor to control volume and brightness. Although not a widely-known instrument, listeners may recall hearing the sound of the EVI – played by Mr. Steiner – in several movies including Apocalypse Now, Star Trek, Witness and many more. The EVI can be played as a monophonic (1 note) or polyphonic (2 or more notes) instrument.  As a polyphonic instrument it is capable of playing intervals, triads and chords – an example of which can be heard on “Mr. Steiner”, “Nu Vibrations” and “EVI Theme #1”.

Having dedicated a year to the composition of this music, Barrett was thrilled to have this project brought to fruition with the help of such a talented, esteemed line-up including three highly celebrated voices in contemporary music as special guests: Kenny Garrett (“His voice and vision is extraordinary”), Kurt Rosenwinkel (“I’m always excited to hear how he will interpret my music with his powerful and inventive voice”) and Noah Preminger (“I love the way he constructs vocabulary. It’s very unique to me and it was a pleasure to have him on this recording”).

In addition to this stellar company, the recording features two distinctive rhythm sections – the first features Santiago Bosch on keyboards, Daniel Ashkenazy on bass,  Mathéo Techer on drums, Jeffrey Lockhart on guitar and Judy Barrett on percussion.  The second rhythm section consists of Gonn Shani on bass and Roni Kaspi on drums.  The recording also features two up-and-coming guitarists,  Roy Ben Bashat and François Chanvallon.  Chad Selph makes an appearance on organ to add some magic to the composition “dB Plus KG”.

The bandleader was honored to have Mark Steiner – nephew of Nyle Steiner – serve as technical consultant throughout the production stages of this project, helping with EVI issues and programming. Mr. Steiner is among the first recordings to showcase the NuEVI, a new version of the EVI currently being produced by Johan Berglund of Berglund Instruments in Sweden. This new instrument was used on a portion of the project and is an excellent addition to Nyle’s legacy. Matthew Traum of Patchman Music, referred to by the bandleader as “one of our leaders in the wind controller community”, contributed sounds to this recording as well.

On his 11th release as a leader, Darren Barrett continues to solidify his position as one of the foremost innovators and forward thinkers in the contemporary jazz realm.

The foundation for this electronic exploration was laid on The Opener in 2017 (“Jazz’s future may very well sound like this,” said Downbeat Magazine), which infused soundscapes and samples in modern jazz setting, and built upon on Time For Romance: But Beautiful (2018), a ballads record awash in brilliant sound design. Now with Mr. Steiner, Barrett once again showcases the tremendous possibilities for invention when undeniable talent meets ingenuity.